Our story is of two characters "Raka" and "Shaka". They belong to two different tribes "DILAWAR" and "JANGAWAR" respectively who are deadliest enemies. They had different principles and sites. This story is based on love, hatred and revenge.

It was a known fact about "JANGAWAR" tribe that their womanfolk never gave birth to a human being but, cruelty, injustice, revenge and tyranny in form of a child.

On the other side "DILAWAR" tribe lived an principle of truth and peace, for this principle they would sacrifice their lives.

Roshan elder brother of "Raka sacrificed his life - he loved "Chandni" a girl of "JANGAWAR" tribe - to absidge the hatred and enmity of two tribes but he was killed. Raka became infurious and pledged to take revenge, but dying "Roshan" took a promise from "Raka" that his hand will rise for justice and peace and not for revenge.

As fate would have it, one day Saka's younger brother "JABAR" chased a young girl of "Dilawar" tribe for bad purpose - The girl was given refuge by nonelse Bad "Chandni". There was a physical confrontation, "Raka" punished "JABAR" and sent him back to his tribe with a prominent mark on his nose.

When "JABAR" reaches his tribe, his sister "RESHMA" gets infuriated about this defeat and insult and shoots 'JABAR'. She puts a red headgear and starts for the 'Dilwawar' tribe to take revenge.

"Reshma" creates havoc in "Dilawar" tribe and meets "BADAL" who are the first sight falls for "Reshma".
On the second meeting of BADAL with "Reshma" who had come for the head of "Raka" - Badal saves her from his tribe and is himself infured - This act of Badal changes Reshma's heart - It melts and realise the meaning of love.

"SHAKA" comes to know about love between Reshma and Badal. He now wants to take the revenge - The result is clashes with Raka time and again -

What happened thereafter? What was the fate of Reshma & Badal?

For this you have to wait for a short while till Raaj Kmar Kohli's - "JEENE NAHI DOONGA" comes on the screen - A picture full of emotions - Love and Thrills. 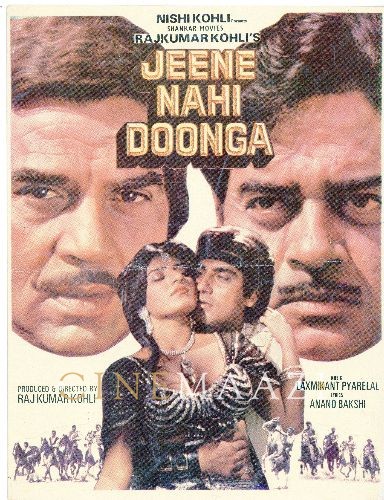 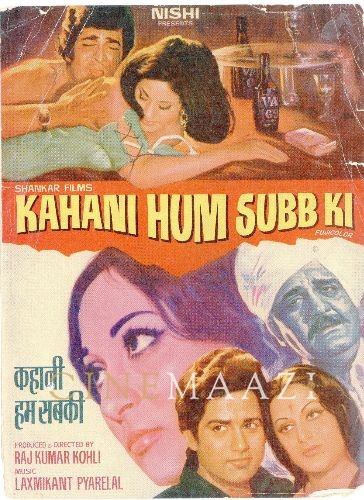