Pakeezah tells the story of a love that defies all societal boundaries in its pursuit of fulfillment.

Nargis is a courtesan who marries Shahbuddin, a man who frequented her mehfil. Shahbuddin, however, belongs to a respectable family that rejects Nargis for her erstwhile profession. She retires to a graveyard to spend the rest of her life there. When a woman tries to pawn one of Nargis’s bangles, her sister recognizes it and enquires after her. She reaches the graveyard to find Nargis dead and her infant daughter crying.

Shahbuddin continues to look for his wife, and spends his life steeped in remorse. He hears of his daughter and goes to the brothel to meet her. Her aunt asks him to return the next day, but when he does, they have left. Shahibjaan, Nargis and Shahbuddin’s daughter, is asleep in the train compartment when a stranger enters. He sees her delicate foot marked with alta, and is instantly enamoured. He leaves her a note.

Shahibjaan’s aunt places her in the renowned courtesan Gauhar Jaan’s kotha. Gauhar Jaan takes on the role of her aunt to protect her. Working at the kotha, she earns a Nawab’s patronage. Unfortunately, while she is out with the Nawab in his private boat, they meet with an accident. The Nawab dies and Shahibjaan is marooned on a deserted land with only a tent on the banks of the river. The tent turns out to belong to the stranger who had left her a note. Another coincidental meeting with the man, Salim, leads him to take her to his house, and it is revealed that he Shahbuddin’s nephew. Shahibjaan is subjected to the same treatment as her mother, and Salim leaves the house with her. Realizing the stigma attached to her profession, the two lovers are unable to get married. Heartbroken, Salim decides to marry someone else, and Shahibjaan is invited to dance at his wedding. She does so with a great deal of pathos. Her aunt notices Shahbuddin at the ceremony and reveals his relationship with the courtesan to all the guests. He moves to embrace his daughter, but his father shoots him in the ensuing chaos. With his dying breath, Shahbuddin urges Salim to marry his long-lost daughter. Salim and Shahibjaan are finally united.

Pakeezah was conceived as a shared project between the actor-director-producer-poet Kamal Amrohi and his wife, the actress Meena Kumari, who also stars as the protagonist of the film. The film was launched in 1958, but it took over fourteen years to reach completion. During the shooting of the ill-fated film, the couple went through a mutually agreed upon divorce, stalling the film further. Meena Kumari was also gravely unwell in the last phase of the film’s shooting, prompting Kamal Amrohi to cast Padma Khanna as her body double for a few songs. The technically marvelous song Chalo dildar chalo thus does not focus on the dancer’s face through the use of numerous long shots. Pakeezah thus also proved to be the tragedy queen’s swan song. Meena Kumari passed away a few weeks after the film released. 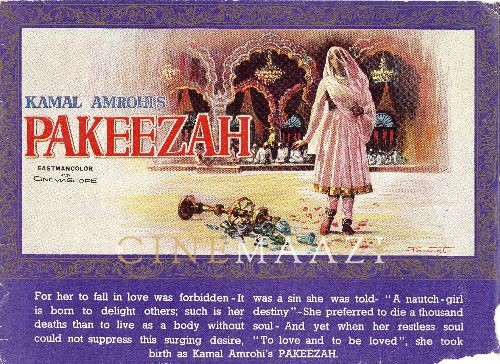 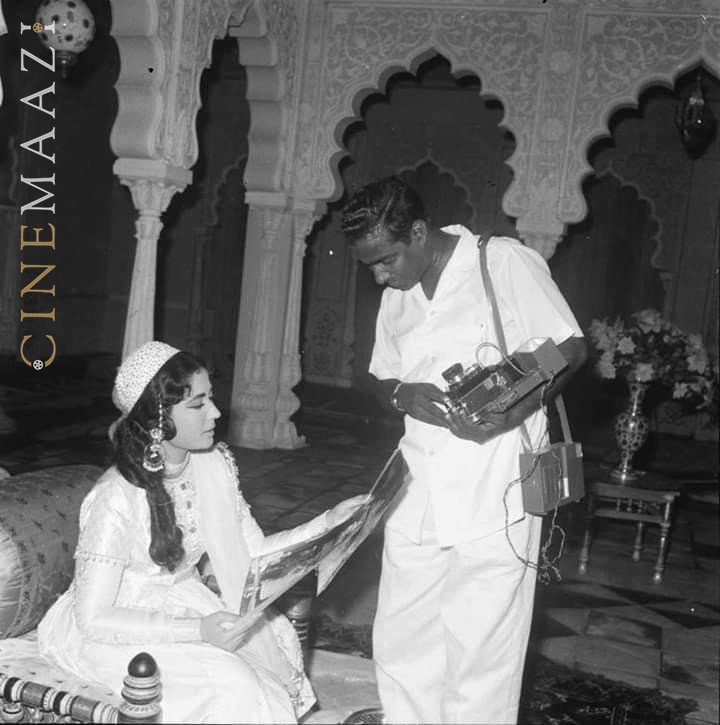 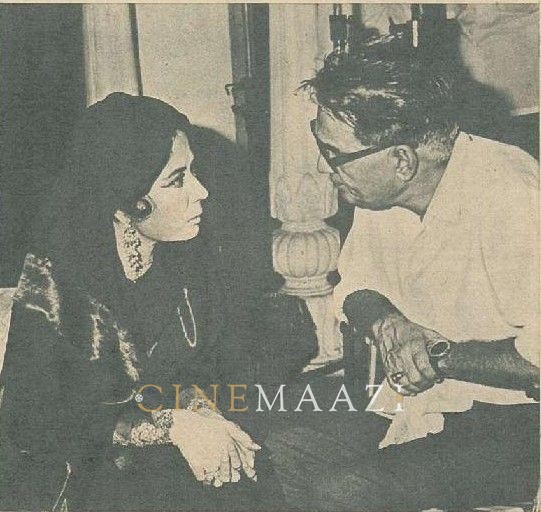 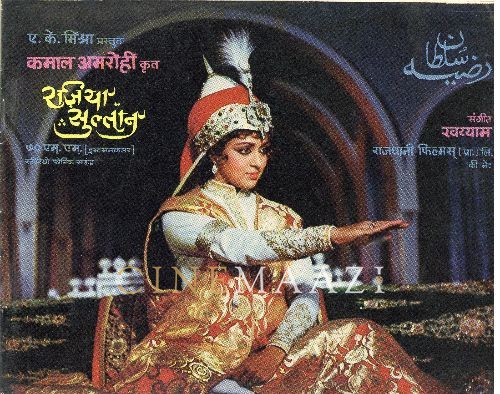 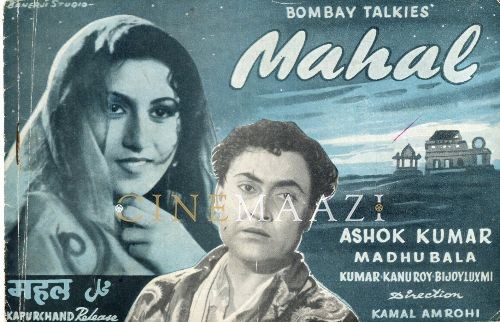