The celebration is in full swing. Kumar, the only son of Babu Gopinath, the Zamindar, has come of age, the whole village has been invited to the feast. And none is happier than Kumar's sister Jayanti.

At night a terrible thing happens. The guests have departed and the household has retired. In the stillness of the night, there is a crash: Kumar wakes up and rushes to his father's private room to find Gangaram, a close friend of his father, lying there murdered.

To save his father, he takes the blame of the murder upon himself and absconds, leaving his home and all that is dear to him.

This terrible catastrophe is too much for Gopinath. When the police arrive next morning they find that Gopinath has gone paralytic from head to foot and cannot utter a word. The police naturally suspect Kumar of the crime. But the problem is how to get hold of him; the love and loyalty of Jayanti for her brother put the police off the track.

Meanwhile, Kumar is walking the streets of a big town like a waif. One day weary and worn out her collapses at the door of a hut where a poor street dancer Koeli lives with her father. They revive him and give him food. Hearing that he is homeless, Koeli persuades her father to give this Youngman shelter in their home. And so Kumar comes to live with them, hiding from the police and nursing a sorrow that he cannot share with anyone.

Gopinath's paralysis is found to be incurable in the village, so Jayanti brings her father for treatment to town, the same town where Kumar is hiding.

Here Manohar, a wealthy Youngman of notorious character, meets Jayanti and attracted by her innocence and beauty, tries to befriend her. Not suspecting his real motive Jayanti allows their friendship to grow.

The police, meanwhile, are not idle, though they have very little to go upon. But when the C.I.D. officer hears of the coming of Gopinath to town, he sees in its a chance of arresting the alleged offender. He quietly sets a watch on the house of Gopinath.

Unable to go out anywhere for fear of the police, Kumar stays on with Koeli and her father. Koeli's initial sympathy for Kumar develops into a warm mutual love. One day Koeli's father who has been ill for a long time dies leaving his daughter in Kumar's charge. This misfortune draws Kumar and Koeli still nearer and strengthens the bond of understanding between them.

While dancing and singing from street to street for her livelihood, Koeli is one day seen by Jayanti, who takes a deep liking for her and becomes very friendly, little knowing that her brother whom she so much wants to meet is to be found in Koeli's humble hut.

To please Jayanti, Manohar arranges for a dance performance of Koeli in the local theatre. There, under most exciting circumstances, Kumar and Jayanti suddenly discover each other but the very next moment Kumar has to flee back to his hiding place.

Manohar too sees Kumar. Though Jayanti keeps silent over the whole affair, he finds out from other sources the very next day that Kumar is Jayanti's brother and is absconding with a charge of murder against him.

Glad at this discovery he decided to blackmail Jayanti and succeeds taking her one night to a notorious Dak Bungalow under the threat of exposing Kumar to the police.

In the meantime, Kumar, finding separation from his father and sister unbearable, persuades Koeli to take him to Jayanti. Apprehensive of the great risk Kumar may be running, Koeli agrees with great reluctance and takes Kumar to Jayanti's house under cover of darkness at night.

Rapid developments now take place. Kumar rescues his sister from the clutches of Manohar. But the police are too hot on his trail. They grab him just as he is about to leave the Dak Bungalow with Jayanti. The absconding murderer has been caught.

On one side is the dumb paralytic father who cannot speak out the truth and on the other, the son, determined to save his old father even at the cost of his own life. How is this tense drama of love and sacrifice going to end? 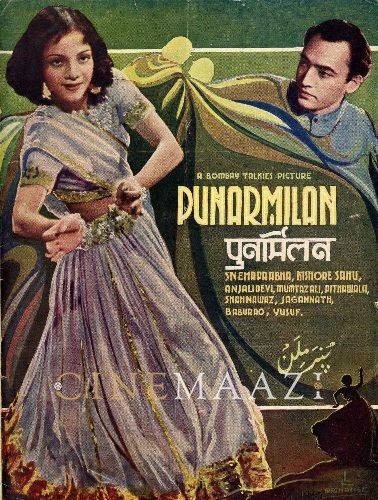 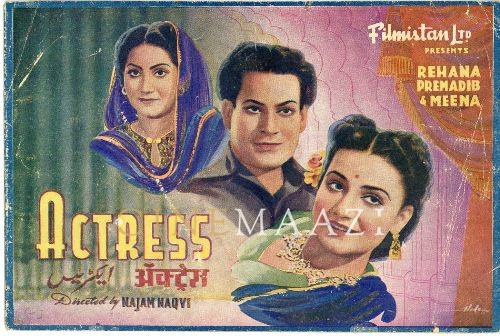