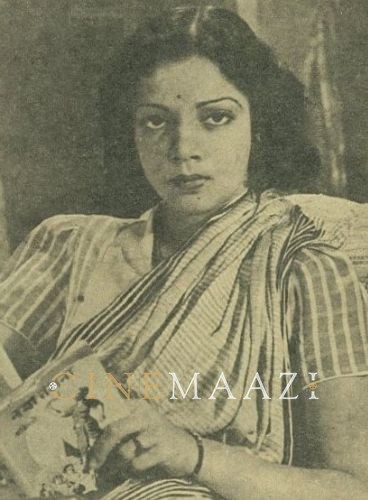 Known to the filmgoers of the early 1940s as Miss Pradhan, actress and singer Snehprabha Pradhan was born on 28 October 1915 in Nagpur, Maharashtra. Her father Vitthalrao Pradhan was a social reformer. Snehprabha’s mother, Tarabai was his fourth wife and was nearly 25 years younger than him. Snehprabha’s parents belonged to different castes. Their inter-caste marriage shocked society back then. Both Tarabai and Vitthalrao believed in the idea of the universal right to education and worked towards spreading mass literacy. When a daughter was born to them they were confused between the names Snehalata and Prabhavati, they finally settled for Snehprabha.

Snehprabha travelled across the country with her parents who were constantly on the move, learning about India’s diverse cultures. She became interested in learning different languages and was able to speak four languages by the time she entered her teens. A pet lover since childhood, Snehprabha enjoyed the company of animals around her.

Though Snehprabha shared a good bond with her stepbrother and sisters, she spent her childhood mostly under the care of her mother. Differences aroused between her mother and her elder stepsister that separated them and her father. In 1939, life took a toll on her family when her mother was diagnosed with Osteoarthritis. Snehprabha had to give up her medical career to help her invalid mother financially.

Snehprabha was a woman of varied talents. Among them were dramatics and debates that got her offers from the film industry. One of the first was from Bombay Talkies. But Snehprabha politely declined these offers year after year. Ultimately, Snehprabha accepted an offer from Chimanbhai Desai, who had been attempting to persuade her for a long time, to act in the Sagar Movietone’s Civil Marriage (1940) opposite Harish and Arun. She was introduced as Miss Pradhan in the film credits. The Ramchandra Thakur directed film gathered huge fame and praise for Snehprabha that proved that she was cut out for stardom. Even actor Surendranath became a fan of her singing in the film and predicted a starry future for her.

A few days before the shooting of the film, Snehprabha met with a terrible accident when a trial make-up disfigured her face with a livid rash. When this wasn’t enough she lost her hair because of typhoid. Overcoming these handicaps, she created a refreshing new image of the Indian heroine.

After Civil Marriage (1940), Snehprabha appeared in films like Saubhagya (1940) co-starring Prem Adib and Shobhana Samarth and Sajani (1940). Though in these films Snehprabha was confined to the supporting roles it wasn’t too long before she was offered Punar Milan (1940) opposite Kishore Sahu. In the film, she gave a beautiful performance as a poor street dancer, and this role familiarised Indian audiences with her versatility. The film not only brought success but also Kishore Sahu to her life. They both fell in love and soon got married. But in a year’s time, the marriage dissolved and the divorce attracted great publicity.

In Pardesi (1941), directed by Chaturbhuj Doshi, Snehprabha sparkled as the bright star playing the role of Motilal’s sister and incidentally gave the best performance among the principal cast including Motilal and Khursheed. Her song Hatme hongi khali zholi became a rage. In the same year also came Murli Movietone’s Pyas directed by Ram Daryani where her co-star was talented Ishwarlal. Pyas was a hit and her songs, Nadi kinare ho and  Bhula na na yaad karo na karo also became very popular.

Then came Naya Tarana (1943), a film written by K A Abbas and directed by Najam Naqvi that cast her in the role of a college student and a liberal, Kalavati, who believed in the idea of social change through revolution. Along with her present in the film cast were Jairaj and David. In addition to acting, she had a flair for writing.

With R S Junnarkar’s Ladaai Ke Baad (1943) she debuted as a screenwriter for the first time. In the film, she was seen with actor Shahu Modak. Modak and Pradhan attracted much controversy for the film Pahili Mangalagaur (1942) because of a kissing scene between them, which was only a trick but appeared real.  Her dream to act with her favorite actor Pahadi Sanyal came true in the film Mahakavi Kalidasa (1944) where she played the role of his beloved and also sharing screen with actress Vanmala. With Roop K Shorey’s Din Raat (1945) she got the chance to play the role of a doctor, a role that she couldn’t achieve in real life. She acted in the 1946 released film Salgirah and also sang 6 songs in the film.

On 24 December 1946 Snehprabha lost her mother.

Though Snehprabha had a great career ahead, she retired from the Hindi film screen with the film Birha Ki Raat (1950), directed by G Jagirdar, where she played the role of a jealous and an always suspicious wife opposite Dev Anand.

Though Snehprabha never remained with one particular studio during her career, she joined Navyug pictures and moved to Pune to act in Marathi films. With R S Junnarkar, she completed the film Pahili Mangalagaur in 1942 opposite Shahu Modak. The film also featured Lata Mangeshkar as a child artist. The film also had a duet by Snehprabha and Lata. With Tuzach (1942) and Var Pahije (1950), Snehprabha completed her contract with Navyug. She left the celluloid world and engrossed herself in Marathi Theatre after 1950.  She left Pune to further her theatre career and gave acclaimed performances in Atre’s Lagnachi Bedi and Saushaya Kallol. Asthai, the tragedy of a working girl, was one of the high points of her stage career. Apart from acting, she also directed plays like Sakshidar.

Even after much success in both films and theatre, Snehprabha led a bachelor life with a house full of canine friends. Loss of her only companion, her mother, and endless loneliness, compelled her in taking her own life. It was fortunate that a neighbor saw her lying lifeless and rushed her to the hospital.

She soon met a surgeon, Dr. Shirodkar with whom she developed a beautiful relation that ended, though for short while, her period of loneliness. The relation that was based on some common pursuits and interests – music and painting, lasted for fourteen-years till the death of Dr. Shirodkar.

Her autobiography, Snehankita, was first published in a Marathi Weekly called Manoos in 1972 and later published as a book in 1973. In the book, apart from her childhood and film career, she talked at length about Dr. Shirodkar and their platonic relationship.

In her career spanning for a decade, she acted in about 17 films.  The singer, actor, and writer left the mortal world on 7 December 1993. 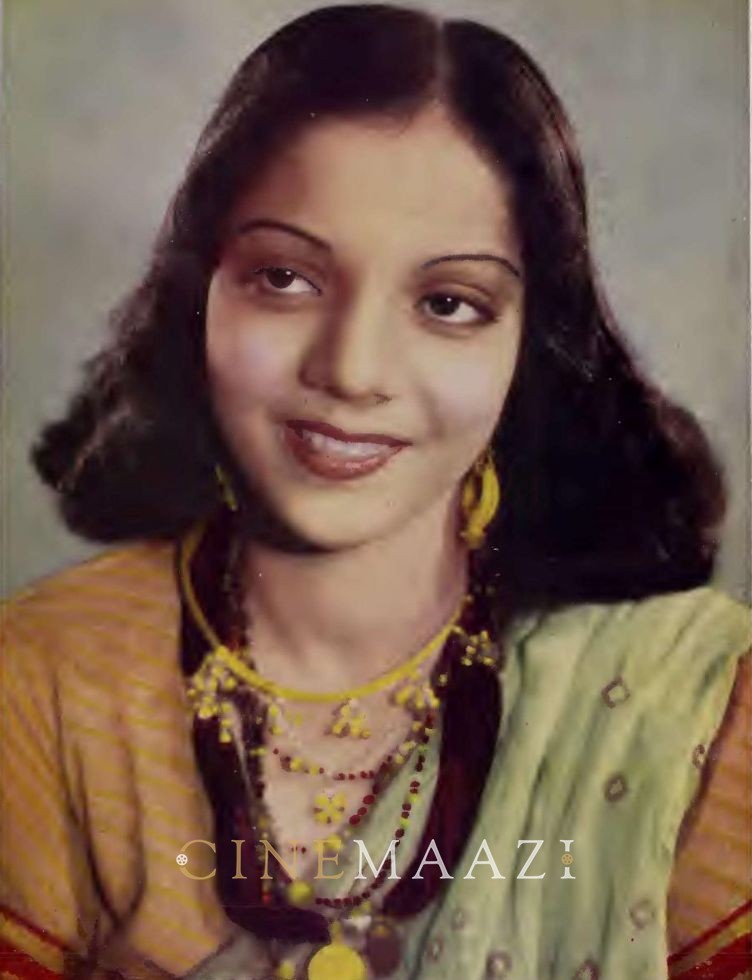