An interesting story of court intrigue, the film presents the vicissitudes faced by the crown prince Rajkumar (Shammi Kapoor) on his return from studies abroad. While the king (Prithviraj) prepares to celebrate the occasion with great pomp and pageantry, the commander Narpath Singh (Pran) conspires with the prince's step-mother, who is his own sister, to have the prince done away with. Narpath Singh wants power to pass on to him and he is alarmed that Rajkumar's coronation and the like will mean his own eclipse from power and glory.

The assassination plot, however leaks out to Rajkumar in time and he tries to counter it in his own way. Feigning to be a half-wit, he comes clowning into the durbar and makes a nuisance of himself. In the hectic sequel to this, Narpath Singh even shoots at him, but Rajkumar escapes. Narpath in the meantime kills a leading tribal chieftain, and throws the blame on Rajkumar. As required by custom, Sangeetha (Sadhana) the chieftain's daughter, has to avenge her father's death. But it so happens that Rajkumar meets her while he is in flight towards safety in disguise of a villager and they fall in love.

Truth at any time is a power by itself. Rajkumar and his associates learn of the commander's hand in the murder of the chieftain and promptly convey the news to the king. The king wants to have the commander arrested. But the wily commander is too scheming to be so easily cornered. He manoeuvres to have the king taken into custody instead.

Rajkumar stages a triumphant entry into the durbar, feeling certain that his father, the king, would have taken all due precautions to have the murderer in custody, by then. But the commander, who has been lying in wait for him, has him arrested and chained to a pillar. The king is also brought into the hall but he is kept in a sound-proof glass case, so that his words do not at all reach the audience assembled. All his postures and frantic expressions of rage are twisted and misinterpreted by Narpath Singh to hoodwink the people gathered.

Sangeetha is brought into avenge her father's death. She steps forward to destroy by her own hand the man who is implicated of the murder. Narpath Singh is triumphant at the success crowning his mischief and he reveals to her that the prince was none other than the villager who had claimed her love. Sangeetha falters at this thunderbolt.

The imprisoned king rises to the occasion and breaks the class case and speaks out to the durbar. A free-for-all ensues. Sangeetha manages in the midst of it to kill Narpath Singh.

Truth triumphs. The lovers are united. The king offers his crown to the prince who had patiently endured all the sufferings so long, but Rajkumar declines it, realising that kings are relics of the past. He proclaims that power belongs to the people and ushers in a republican order of government. 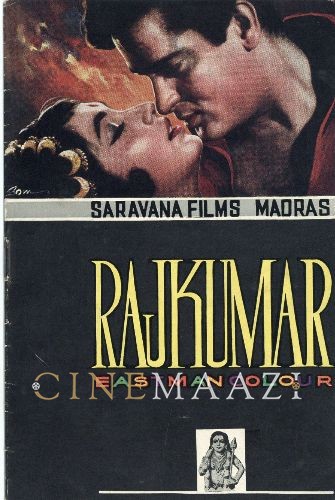 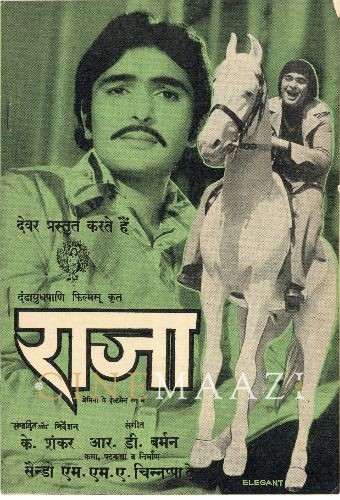