He had a shadowy past and she had, apparently, no bright future. By a queer stroke of luck, they met on the outskirts of ambition and the horizon of hope. His name was Raja and her name was Nirmala.

Failing of fortune had made orphan Raja a seasoned thief and frowns of life pushed Nirmala to the altar of marriage only to embrace widowhood before she could even see what her husband looked like.

Raja was being chased by the police and to hoodwink whom he landed in a small decorated house where Nirmala was about to be married to the son of a prominent public prosecutor who was opposed to the marriage and had already fled leaving behind his wedding apparel and a note in his room.

Raja reads the note, and takes a look at the apparel when there is a knock on the door. It's the police! But as the door opens the groom is ready. Behind the 'sehra' there is Raja who, to escape the police, has found the situation God-sent. Willy-nilly, he goes through the marriage ceremony and the moment the coast is clear, he flees, leaving behind the note left by the original groom and without so much as having seen the face of the bride.

The runaway son of the public prosecutor meets with an accident and is killed. Poor Nirmala is blamed for the mishap and is forced to leave the house. Destiny, as always, takes her to the house of a dancing girl and she becomes a nautch girl. Nirmala is now Rani.

The 'King' and the 'Queen' meet again. This time at the 'Kotha'. Both are not-so-blissfully unaware that they are already man and wife. Raja tries to save the honour of Rani and rescues her from the lecherous advances of a moneybag. Cupid has a snap and they discover themselves to be deeply in love.

Now begins the struggle for social acceptance and emancipation from the dark shadows of the past. Raja and Rani decide to break away from their shady profession and turn over a new leaf. But still there is many a slip between the cup and the lip.

Rani helps a married man to go home and look after his wife in a new perspective. in sheer gratitude, the bride befriends Rani and promises to help her redeem the past.

Now it so happens that both Raja and Rani are invited by this couple to a party at their house and the hostess lovingly dresses Rani with her own clothes plus a necklace, so as to be fully presentable before the guests. On reaching home Rani is shocked to find the necklace missing.

They must search for the necklace or face the stigma of once again being branded thieves. They go window shopping and find an expensive necklace similar to the missing one. The cost is beyond their reach. Ten thousand rupees!

Raja tells Rani that this will be his last attempt at robbery even if it means breaking his pledge never to steal. They must do this to save their honour Rani is against the idea. She has another idea namely to approach the money-bag she had turned down and earn the promised Ten Thousand Rupees by doing a 'mujra' for him in private.

By a coincidence Raja comes to commit a robbery at the same venue where Rani is performing the Mujra. This leads to an explosive situation full of surprise, twists and turns culminating into a stirring climax. 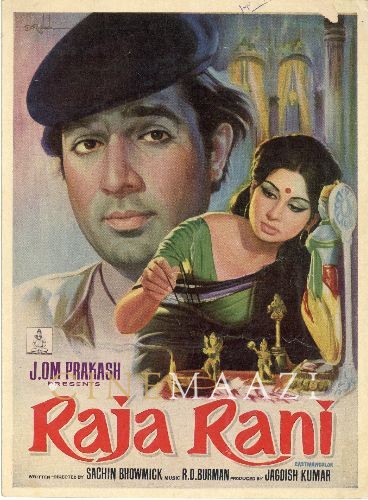