A simple-hearted bullock-cart driver Hiraman is caught along with others while taking balck-market goods to Nepal. He escapes somehow with two bullocks, leaving his cart behind. He pledges never tot ake black-market goods in his cart.

Now it is someone else’s cart and his own bullocks, when he is carrying a load of bambooks, that he meets with a terrible accident with a tonga. It is his second pledge now, never to carry bamboos in his cart.

After leaving a newly married couple at railway station, he notices a man standing near his cart and asking for the driver. The man pays him the advance to carry a female passenger to a destination and rushes back to board the moving train. The man has gone by train and the woman has to be carried in the cart! Hiraman suspects villainy.

Bad omens make him further doubt, simple as he is, that the person inside might be a ghost. On coming across a temple he prays for his safety. Courageous after the prayer, he removes the curtain to see who is inside, and he is shocked to see no one. His worst fears are confirmed.

In the frightful journey in the middle of the nightm when the rays of the full moon fall in the cart, he sees a woman lying in the cart and exclaims, “Oh! It is a fairy!” The fairy gets up. She turns out to be a beautiful woman of flesh and blood. After conversing with each other, they find out that they both have the same name.

The closeness of a young woman, enthralls and captivates Hiraman, so much so that he considers her his own personal possession, and doesn’t allow her to be seen by anyone during the interesting journey.

The eventful journey over, they reach village-fair, their destination. They part but not before Hirabai (for that is the name of Hiraman’s fairy) has invited him to come and see the Nautanki shows and she promises to arrange for their passes.

Hiraman goes to the usual resting place, finds his friends and proudly boasts about bringing a Nautanki actress as his passenger who has promised to give him passes for the Nautanki shows. Flabbergasted at his good fortune, his friends persuade him to get the passes definitely next morning.

They all go to see the Nautanki. A remark by a drunken-man, “Hirabai is a prostitute”, ends in a fight. Hiraman is called by Hirabai who rebukes him severely for making such a disturbance. He explains, “They were calling you a prostitute”. “They may call me whatever they like but what right have you got to fight for me?” she retorts. His feelings are hurt and he goes away without seeing the Nautanki.

Birju, the agent brings the Zamindar to Hirabai. He is infatuated by Hirabai’s charms. She realizes, she cannot do without the simple-hearted bullock-cart driver, who estimates her differently, as a virgin and a goddess. She calls him. The quarrel is patched up between the two.

The cart-driver sees the Nautanki plays, meets her. Coming closer and closer to her, he appeals to her, to leave this profession. He is disillusioned by her negative reply. Moreover the Zamindar is ever after her.

Who succeeds at last? The Zamindar or the Cart-driver? Does Hirabai choose money or the man she loves? 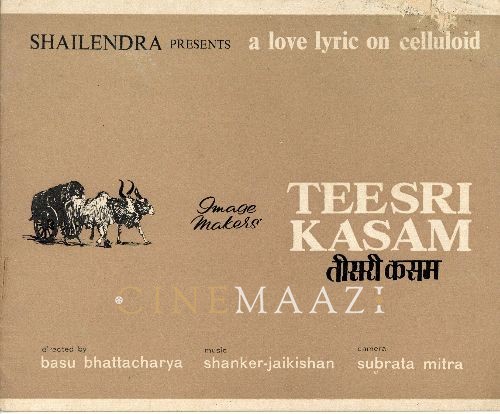 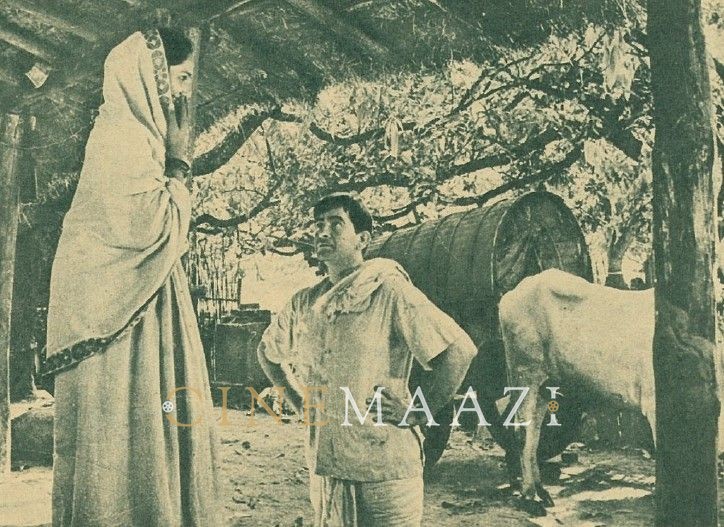 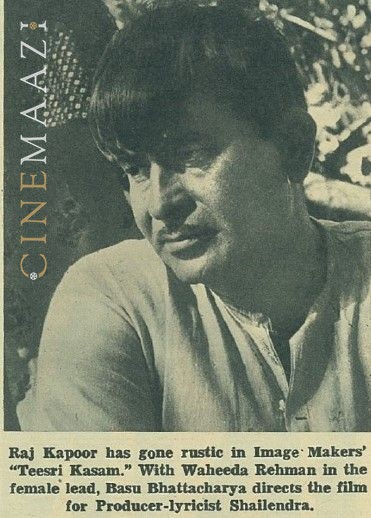 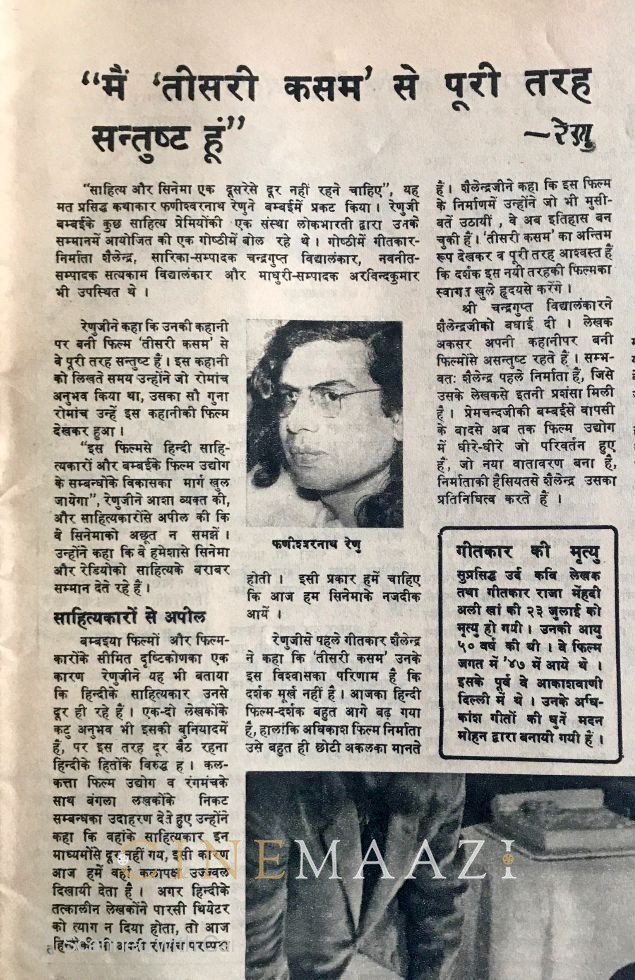 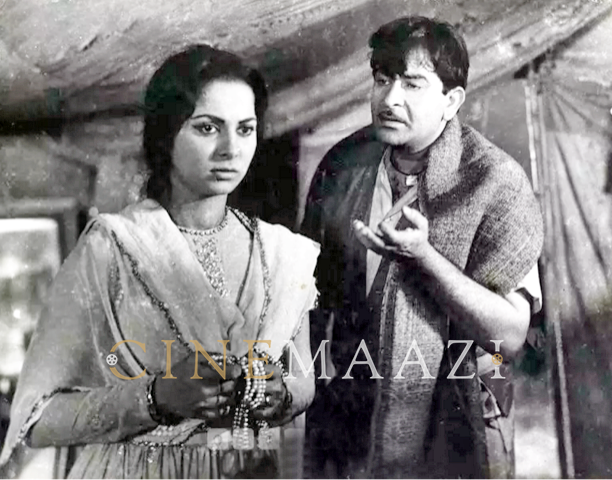 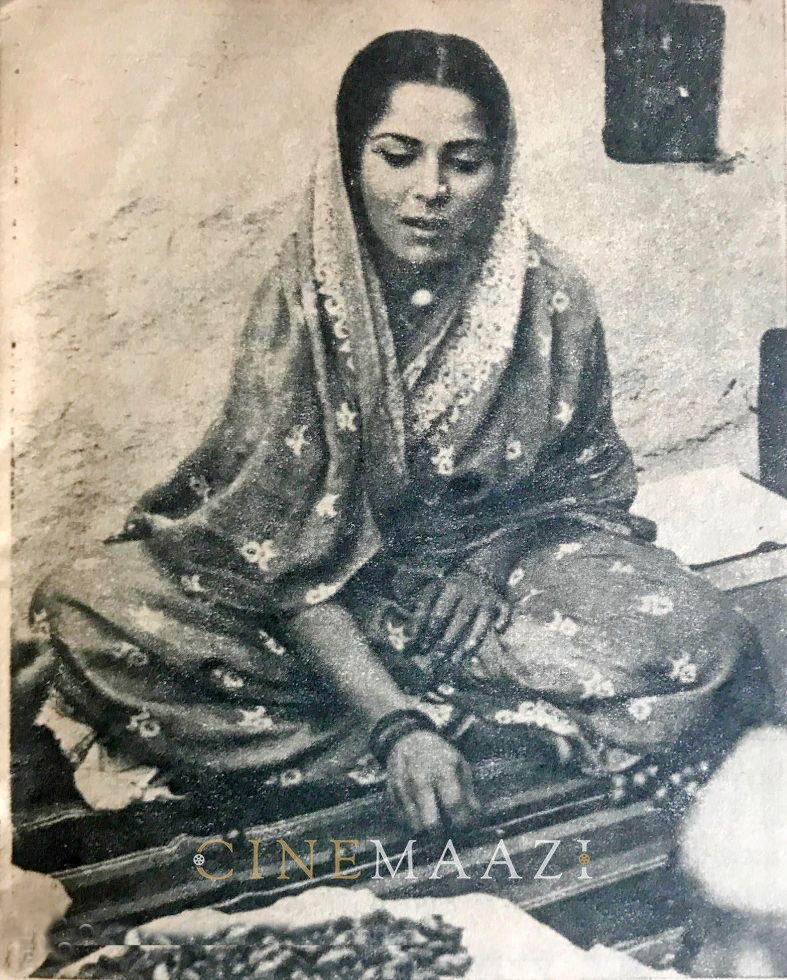 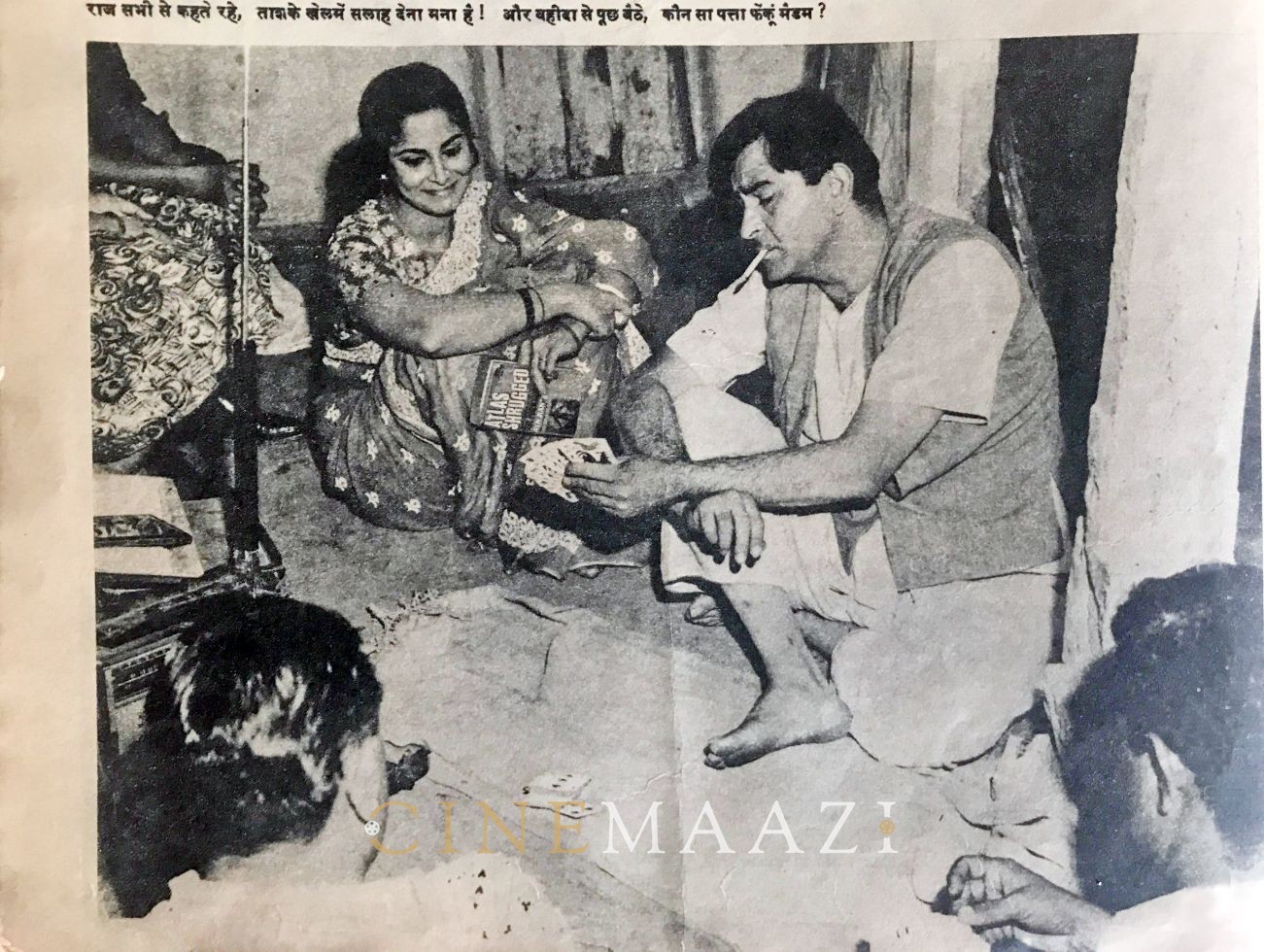 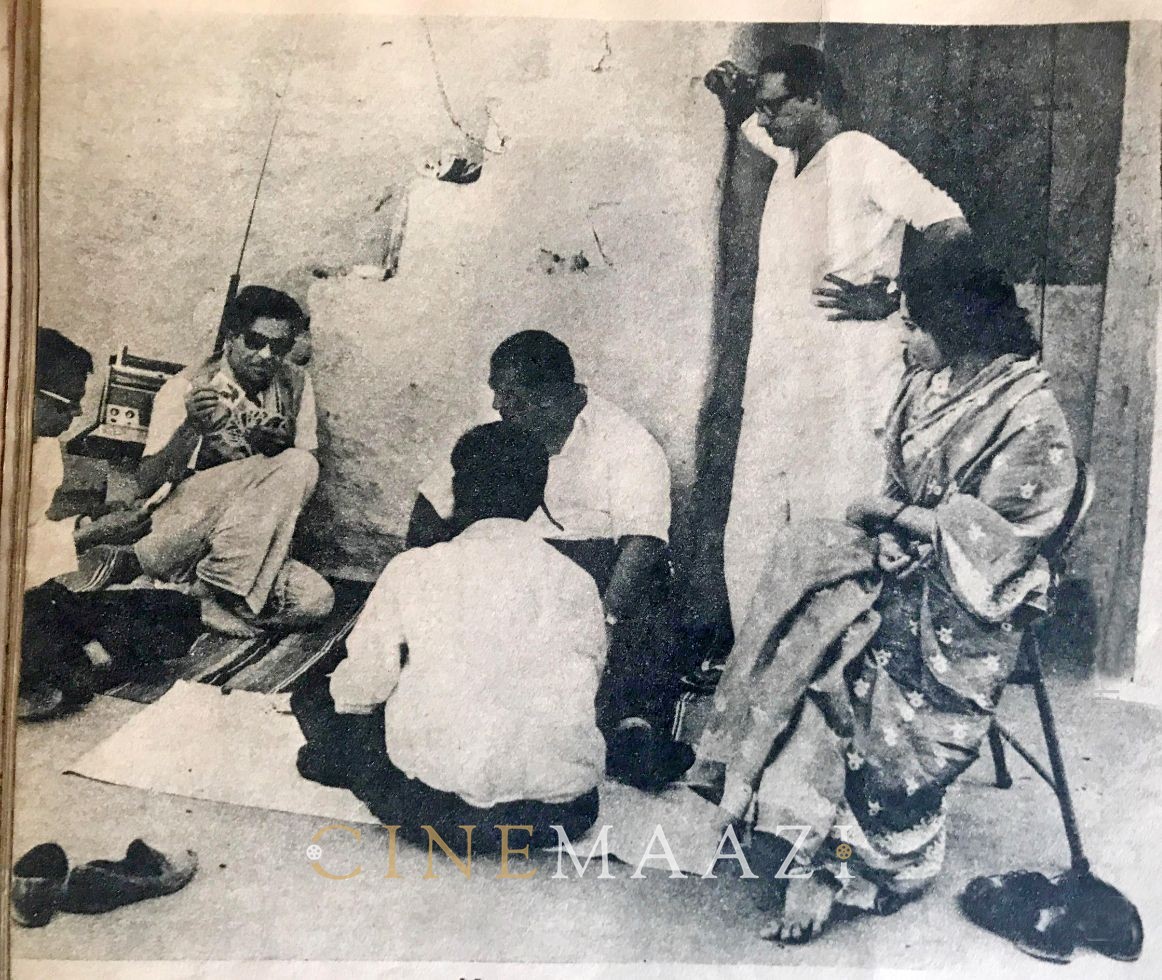 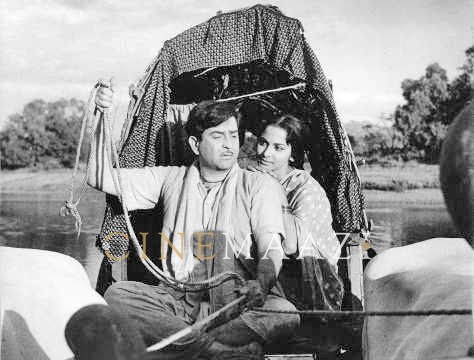 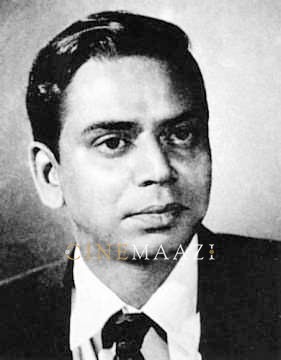 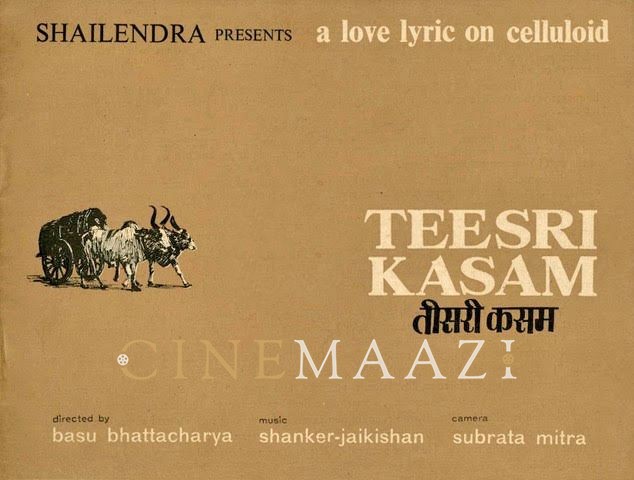 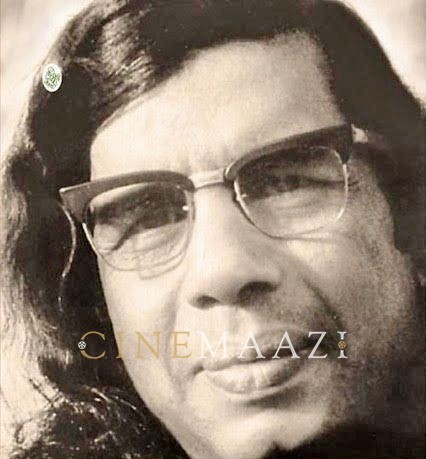 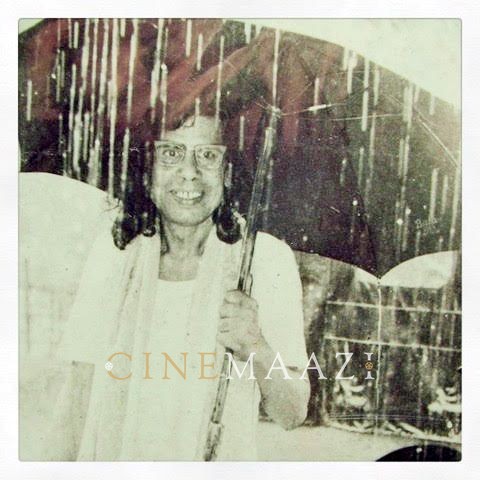 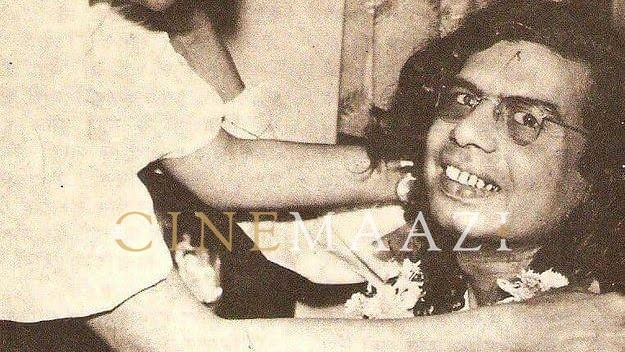 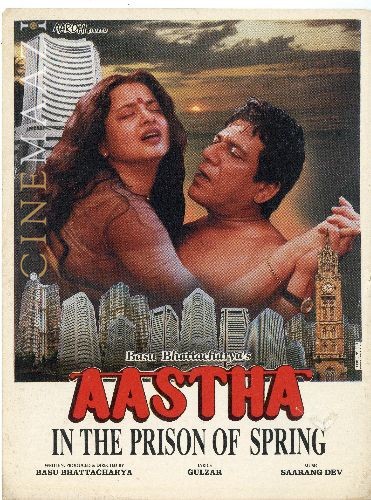