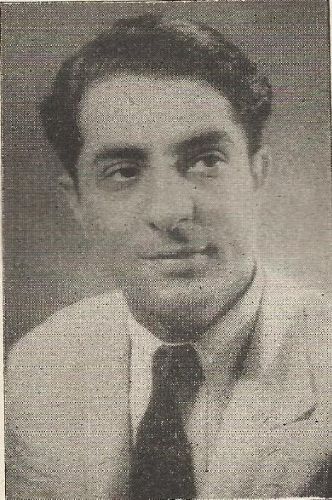 Aspi Irani was a prominent filmmaker and director who contributed immensely to the development of early Indian cinema and worked with some of the most well-reputed film production companies of the time, including Imperial Film Company, Ranjit Studios, and Wadia Movietone, among others. In 1951, he finally opened up his own film company called Super Pictures, under whose banner some of the most popular films in Hindi cinema were released. These included Maya Machhindra (1951), Shirin Farhad (1956), Qaidi No 911 (1959), Shabnam (1964) and Badal (1966), among many others.

Born on 8th October in 1911 as Aspandiar Harmusji Irani, the renowned director’s major body of work in the film industry was focused on action and mythological drama films. His hit film Gul Sanobar (1953) featured actors Shammi Kapoor and Shyama in the lead roles, while he worked with actors Madhubala and P Jairaj in the 1946 periodical drama Rajputani. His career in the film industry began as early as the mid-late 1930s and went on for the next three decades, until the 1960s.

Although in the capacity of a director, Aspi Irani contributed a lot to Indian cinema. However, perhaps his most notable addition to the industry was his decision to support a struggling actor by casting him in a lead role of a prominent big-production film. The actor in discussion here is none other than the illustrious Sanjeev Kumar, who starred in a lead role for the very first time in Aspi Irani’s 1965 film, Nishan. Sanjeev Kumar had previously worked only in small roles in the films Hum Hindustani (1960), directed by Ram Mukherjee and Aao Pyar Karen (1964), directed by R K Nayyar. Aspi Irani introduced the extraordinary talent and acting prowess of Sanjeev Kumar in the Hindi cinema space with a focused spotlight on the actor and undoubtedly paved the way of his career’s rightful launch and eventual success.

The remarkable director worked on almost 31 credited titles, starting from early Bollywood talkies, till the hit 1972 film Garam Masala and worked alongside a vast and reputed range of film personalities. Some of his later films include Oomar Qaid (1961), Khakaan (1965), Smuggler (1966), Insan Aur Shaitan (1970), and the comedy film Garam Masala (1972), which starred an exciting cast including actors Mehmood, Aruna Irani, Jeevan, Bindu, Tun Tun, and many others. The film also had special appearances from actors Amitabh Bachchan, Hema Malini, Ashok Kumar and Jeetendra.

On the personal front, Aspi Irani married famous veteran actor Husn Bano, who was the daughter of Sharifa – a prominent actress of the 1930s film era – and the aunt of popular supporting actress Nazima, also known as Baby Chand.

On 23rd November, 1986, Aspi Irani went missing and was never found. The date is widely taken as the date of his passing, and marked as his death anniversary to pay respects to the director who dedicated a major part of his life to the flourishing of talent and art within the Hindi film industry.