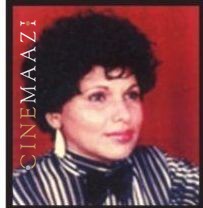 Beatrice Josephine Nazareth, known better as Betty Naz, has carved a niche for herself with her acting in dramas and films. Her acting in M.Boyer’s Ekuch Rosto in the role of a mentally challenged person has earned her laurels. Similarly, her acting capability has been witnessed in Rosario Rodrigues’s play Uzvadd Palovlo (Light has extinguished) where she played the main role. She has also excelled in the Mangalorean Konkani dramas. Due to her histrionic prowess, she has been attributed as the 'Meena Kumari of the Konkani stage’. Whilst participating in Rosario Rodrigues’s Fulam ani Kolle (Flowers and Buds) during a fire scene, it so happened that her bridal dress actually caught fire and she was burnt but she fearlessly continued. Besides acting in dramas she has displayed her considerable talent in singing. Her father Luis Nazareth was also a dramatist and she has taken part as a child artist in his dramas.

She made her foray into Konkani films with Cortubancho Sonvsar / World of activity (1970) and Boglant / Calumny (1975). In the first film she played the mother’s part and in the second the main part. The names of her video films are Alida, Kazar Zha Zha (Get married). Manoranjan Kala Mandal, Mumbai has praised her performances. In the year 1978 Goencho Mog Konknni Rangmanch Kolakar has honoured her as the best actress. Among the awards bestowed on her are the Great Goan Performer Coca Cola Award in 1998, Mangalore’s Poinnari Kala Somiti has honoured her as a singer. She has been bestowed the Divo magazine award. She has participated in the Nirantari programme for continuous singing of the Mando for 40 hours which earned an entry in the Guinness Book of World Records . She has been felicitated on the occasion of completion of 125 years of the Konkani drama. Konkani Bhasha Mandal, Mumbai has given her the Lifetime Achievement Award.

She has donned the mantle of treasurer of Mumbai’s Maharashtra Konkani Kala Sanstha for several years. Among her hit songs is Nach Goenkara (Dance Goan) which has been produced by Ivor D'Cunha. Her audio cassettes have also attained great popularity.