Anuradha opens with a song being played on All India Radio Mumbai. This is our introduction to the silvery voice of Anuradha Roy, and we are told that she was an acclaimed singer ten years prior. We then see Dr Nirmal Chaudhari, a kind, compassionate doctor who works in the remote village of Nandgaon. The doctor is hard at work, making house calls to villagers and treating them for free. He is accompanied by his voluble young daughter, Renu. On the way, a merry cast of characters meets them—like the talkative Ram Bharose, a humorous bus conductor, and Atma Ram, a man always ailing with the same disease his wife is suffering from. The abject poverty of the villagers is also made clear: most of them cannot afford to pay the doctor in anything but gratitude.

Renu and her father Nirmal arrive at home to be greeted by her mother, the erstwhile Anuradha Roy, now Mrs. Nirmal Chaudhari. Soon, it becomes clear that Anu is unhappy and lonely, confined to the house, while the doctor is dedicated to his work to the point of being negligent towards her. When Anu plans to go to a village festival with her husband, it is apparent that they once had a loving relationship, but no longer get enough time with each other. As she looks for a something to wear for the festival, Anu stumbles upon a sari that brings memories of her life in the city rushing back. In a flashback, we see a young, wilful Anuradha with her brother. An assertive young woman, Anu is well-educated and skilled in music. When Ashim runs into his old friend Nirmal in the street, he introduces the two. A light flirtation ensues, and Nirmal is further enthralled by her performance at a dance ballet. Immediately after the show, Anu falls and sprains her ankle, and Nirmal is called in to tend to her.  Nirmal is clearly smitten with her, and makes no secret of this. Anu is flattered and charmed by his attention. When the flashback ends, we see a much older Anu waiting for Nirmal to come home. When Nirmal does return, he immediately heads to his laboratory. Feeling let down, Anu reminisces wistfully of the past.

Anu is visited by these memories again and again. In one of the flashbacks, the reason for Nirmal’s devotion to his work is revealed. His mother died in a remote village with no access to medical aid, and he resolved to set up his practice to help other like her.  Explaining these circumstances, Nirmal attempts to dissuade Anu from marrying him. But Anu is young, impulsive and in love. She is set on spending her life with Nirmal. Her father, on the other hand, has arranged her marriage with his friend’s son Deepak, convinced that he knows best. Deepak is in love with Anuradha and an ardent admirer of her music, but he accepts her rejection gracefully when she tells him she is in love with another man. Against the wishes of her father, Anu and Nirmal are soon married in a temple, and her father turns her out of the house.

The two newlyweds are so wrapped up in their love, and decide to make a life of their own. When we return to the present, the difference is painfully obvious. Ten years after their marriage, they are far from the giddily happy young couple who could not wait to be with each other.

In the present, Anu’s father comes to visit Nandgaon to reconcile with his daughter and son-in-law. Surprised to be received by his granddaughter, he befriends Ranu. Consequently, he invites them to the city, but Nirmal refuses, citing his work in the village. Anu stays back to look after Nirmal, and Ranu leaves with her grandfather, leaving Anu more alone than ever.

Coincidentally, Deepak is passing by the village in a car. He is with Seema, a wealthy heiress deeply infatuated with him, but frustrated by his complete lack of interest in her. When the car has an accident, Deepak is knocked unconscious, and Seema is grievously injured. The doctor brings Deepak home with him to recover, and sends Seema to the zamindar’s mansion. Deepak opens his eyes to Anu tending him. Delighted by this opportune reunion, Deepak asks her to sing for him. Anu realizes that he has held on to every memory of her singing, unlike Nirmal, who is engrossed in his books. Saddened by what has become of Anu’s life, Deepak asks her why she has abandoned her music. Anu tells him that her duty as a wife lies with Nirmal, and that she has dedicated her life to his. In response, Deepak exhorts her to return to the city and take up music again.

Distressed by this conversation, Anu makes another attempt to draw Nirmal out of his work. Caught up with a patient, he again fails to come home to celebrate their wedding anniversary. Dressed in her finery, Anu spends a sleepless night, and by the next morning, she has decided to take Deepak’s counsel.

In the meantime, Nirmal has operated on Seema’s face with great dexterity. His skill impresses Colonel Trivedi, the doctor accompanying her millionaire father and they both invite themselves to the doctor’s home. Elated, Nirmal rushes home to inform Anu of this, only to find her packing. For the first time, she tells him openly of the emptiness of her life and that she is leaving him. Saddened but resigned, Nirmal asks Anu to stay the night to entertain the guests with him.

When the Colonel comes to their house, he quickly understands the situation. Himself an erstwhile singer, he is sympathetic to Anu’s pain over the loss of her passion. Before he leaves, he ascribes Nirmal’s own brilliance to her silent sacrifice. That night, Nirmal is again called away to tend to an ailing woman. Moved by her husband’s anguish when she dies, he understands the necessity of Anu’s presence in his life, and comes home tormented. The next morning, he wakes to find the room empty and rushes out, assuming he will see Anu leaving with Deepak. He comes downstairs to see her still in the house. Tearfully, the two embrace, reasserting their love for each other. Outside, with a wry smile on his face, Deepak drives away alone. 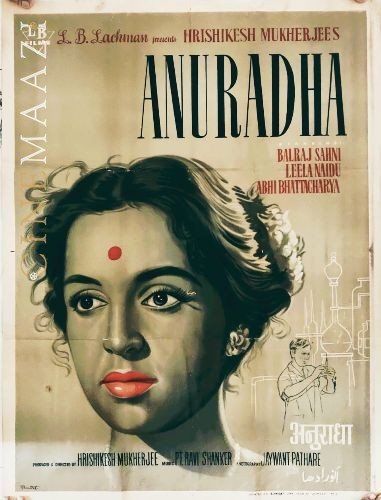 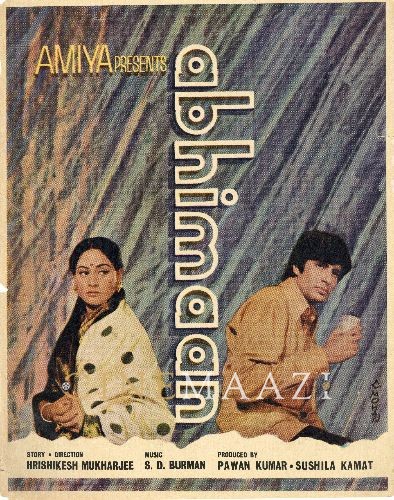 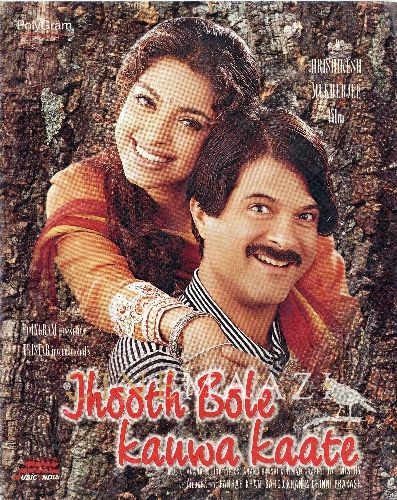