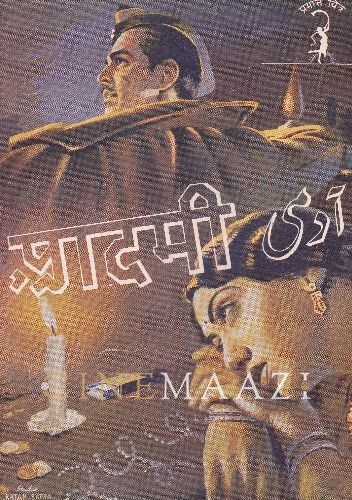 This is undoubtedly the finest picture produced by any Indian Studio this year. After two years, Shantaram has come out with a real winner. For the social significance of its subject matter, the realism of its treatment, the perfection of its technique and the wealth of gripping dramatic elements. “Admi” will be difficult to surpass. In the opinion of many independent observes it is better than any other film seen this year in India - not excluding ‘hits’ from Hollywood, England. France and Russia!

In the opinion of many independent observes it is better than any other film seen this year in India - not excluding ‘hits’ from Hollywood, England. France and Russia!

The story of this film can be summed up in a few words. Moti, a young policeman, the son of a pious religious-minded but kind and gentle old woman, falls in love with Kesar, a ‘song-and-dance girl’ who has been forced into this life by forced of circumstances and who desperately wants to abandon this life. They decide to get married. Moti’s mother, a simple soul, gives her permission - not knowing the antecedents of Kesar. At the last moment, however, Kesar realizes that in such a pious household she would not fit in. she leaves the town. Moti, at first tempted to behave like all frustrated lovers, is saved by the commonsense advice of his colleague and friend, Meghram. Meanwhile tragedy that has been dogging the footsteps of Kesar overtakes her.

To judge “Admi” from this story would be like judging the beauty of a human from an X-Ray photograph showing only the skeleton of bones. It is the clever scenario of Bhaskar Rao that has endowed the story with a rich and stimulating variety of incident and given it point and purpose. And Shantaram’s direction has breathed into it a soul- the soul of Man!
A series of real-life characters move across the screen and the men women in the audience may well say to themselves, “That’s me. That’s me”.
Moti, raw young man and obedient son, at once the coward and the hero, who keeps on justifying his moral cowardice by saying, “After all I am Admi”, until Meghram reminds him “Don’t forget you are an Admi!” These are the only two occasions on which the word “Admi” is used in the dialogues. And yet they are sufficient to reveal the entire psychology of Man who has within him both the instincts of cowardice and heroism.

Kesar is a ‘Song and Dance girl’. But she has a heart and a brain. She feels the indignity and humiliation of her position in life. She also understands (as few fallen women do) that she has been the victim of cruel circumstances and that fundamentally she is as good as any other human being. She upholds her self-respect by using irony and a healthy cynicism. But a human being is but a part of the social system and ultimately she has to voluntarily accept Society’s unspoken verdict on herself.

There are other interesting and significant characterizations Mannu, the boy of the slums; Meghram and his wife, representing love as the masses of India understand it; Moti’s mother - pious, gentle, affectionate and superstitious, a typical Indian mother; and the blood-sucking parasite to whom Kesar represents a perpetual source of money for drink. As variegated an assortment as you will invariably find in life itself.

This article is a reproduction of the original published in Film India, October 1939.