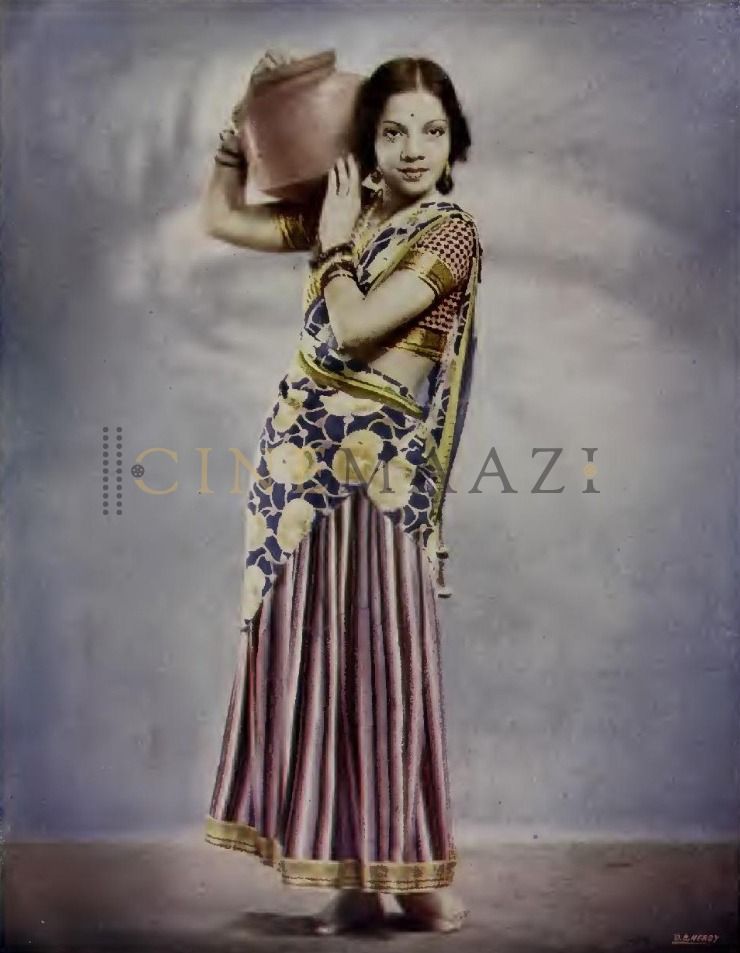 As in other activities of life, the film industry also has its own surprises. Pictures which are condemned by the intellectuals often become very successful at the box-offices, while others praised by the producers and the critics, miserably fail to draw.

Still another surprise is the picture which is poor in expectations and presumptions of the be-alls and know-alls on the grounds that the man who directed it is a newcomer and therefore incapable of producing a good picture.

The producers who are generally blessed with poor intelligence never know when they produce a good picture till the crowds tell them by their support and consequently often allow a good picture to go unheralded.

“Civil Marriage” is a case in point. This orphan picture was produced in the days of Sagar, when its producer was in the labour of delivering a new concern to build a new personal future.

By the time “Civil Marriage” was completed, the producer was probably prepared to forget that he ever had anything to do with a picture like that. But after release when friends and critics told him that “Civil Marriage” was certainly a good picture, in comparison with several others running in the town, the producer suddenly warmed up to claim its parentage. But it was then too late. The picture had come quietly and gone quietly.

That was the tragedy of “Civil Marriage” in Bombay. One more good picture gone west.

QUITE A GOOD STORY

The story is the usual triangle of love and marriage. Two sisters - both self-sacrificing - are I love with a youth. One of them makes the sacrifice and allows the other to woo. A stranger turns up. He is clever and has modern socialistic ideas of life. A mill strike proves this. The two boys are ultimately equally divided between the two sisters each taking her choice and the drama ends peacefully.

To make this drama, however the writer-director has used plenty of realistic and convincing materials and not a little of natural humour. He has in addition directed the picture well and too well for a new comer. His effort is all the more praise worthy, as his production was treated as an orphan item and allowed to drift indifferently. That the director didn’t allow this and gave it a shape of an attractive picture, speaks for his talent and perseverance.

A STAR IS BORN

This picture is particularly notable for the debut of a new artiste Snehaprabha Pradhan. Here, we have a girl who threatens to be a favourite in near future. She sings, acts and dances and does all these too well. She has life and buoyancy and wins the hearts of the audience. Popular amongst the students trembling on the frontiers of manhood, she will soon enter the hearts of tired businessmen who are looking out for hopeful relaxations in a new face and talent. Snehaprabha is cut for stardom and given the same opportunity as others will soon become our outstanding star. If the producers don’t mind. Let us have one more intellectual star to compete with Devika and Leela Chitnis. Today she sings and dances better than both and acts as well as both. But tomorrow, I am afraid, she may act better than both. Snehaprabha is a born actress and that is saying a lot.

From the rest, Prabha perhaps gave the best performance of her career. Arun and Harish the two candidates of love competed with each other in over-acting. Arun may some day become a passable actor, but Harish has his face against him, though better talent for acting. Sound, photography and, music are all mediocre - dialogues are quite good and some of the songs are well-worded.

This is a reproducton of the original published in Filmindia, July 1940.