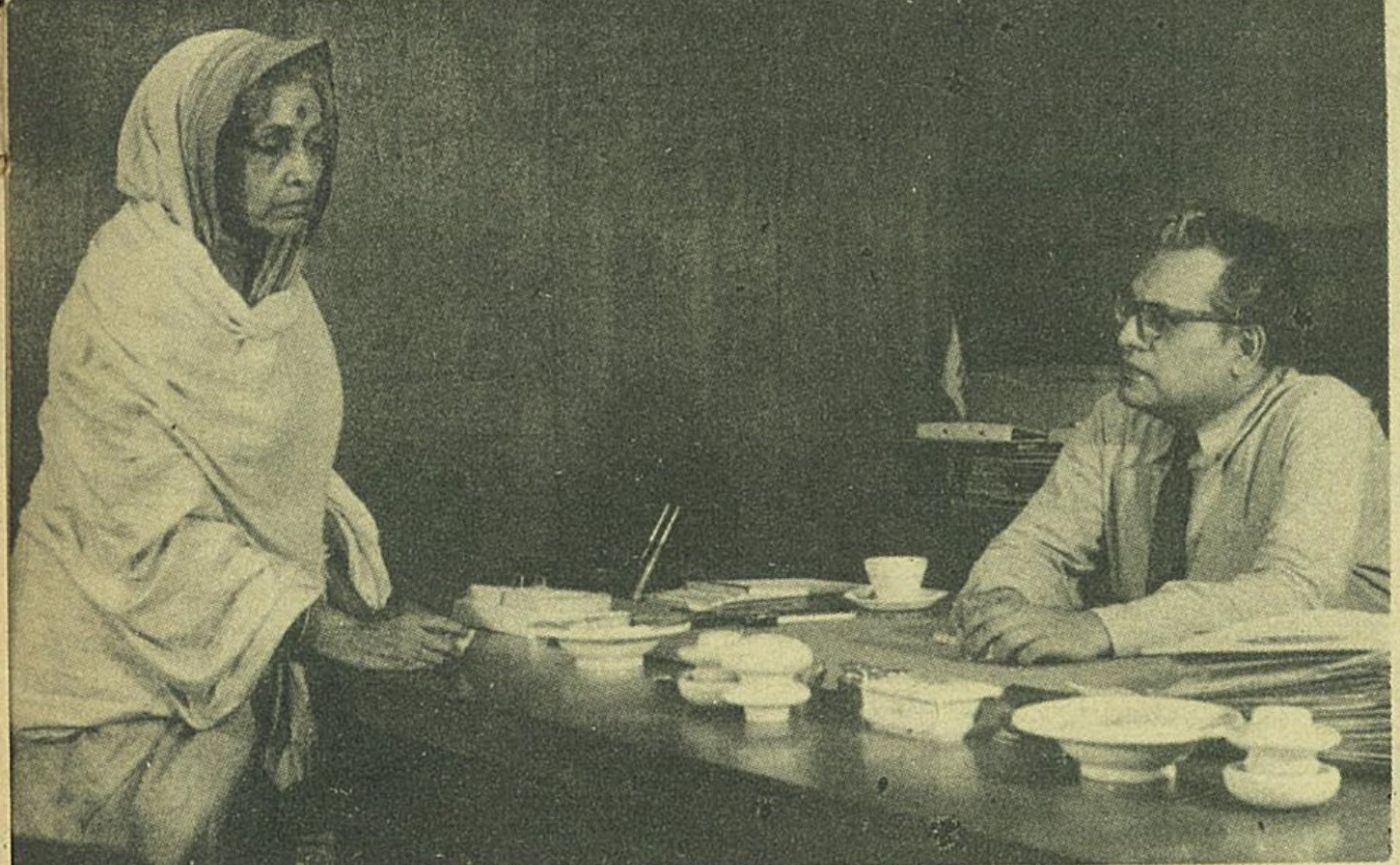 The Bengali cinema has apparently passed its crucial stage and is now heading for the better. Scores of new productions are on the floors. Unknown producers, directors and artists names are being regularly flashed through the columns in the cinema pages of dailies, and other periodicals. But how many of the newly started pictures will be completed without a hitch and how many of the new faces shall captivate the audience, are the two most important questions that arise in this sudden boom of movie production.

If the condition of Bengal's film industry is to be judged by the number of under-production pictures then the situation may be said to be booming. But, if on the other hand, the number of new releases is the guiding or determining factor, the answer is in the negative.

But the most lamentable fact is the deteriorating standard of recent Bengali releases. Bankruptcy in every department is a predominating factor. The lack of good stories, screenplays, sensible producers, and talented directors is the most noticeable drawback in recent productions.

Average picture goers these days are reluctant to be attracted by big-name star casts. Drop in the box-office returns is a great hindrance towards the progress of the industry. Some producers are thinking of introducing colour in films but apart from the cost of the colour raw stock, the processing charges will be an additional burden on the production budget as Calcutta has no colour processing laboratory.This will have to be done in Bombay or Madras. So they are thinking seriously about whether to take, or not to take the risk.

Some are thinking of minimizing the production budget. They are in favour of introducing new faces, encouraging junior technicians, inviting newcomers in the fields of song composition and playback singing. If done this new experiment may yield good results and pay better dividends.

Satyajit Ray has just come back from Bombay and he may not start his new venture till the new year Mr. Ray intends to rest for about a month and a lull during which period he wants to read some good stories that may be suitable film material.


Director Tapan Sinha is now in Bombay where he is directing Zindagi Zindagi (1972) in Hindi. His current Bengali assignment, Ekhoni (1971), remains unfinished and he will complete the picture when he returns to Calcutta after the shooting of the first schedule of his Hindi film.

Ritwik Ghatak is now making a short film in Hindi. He will soon start a feature film in Bengali. He is perhaps the only director who does not want to make any compromises while making a picture.

Mrinal Sen, after completing his latest Bengali feature film Interview (1971) (which might get released by this time) is making another film in Hindi which will be shot entirely outdoors.

Tarun Majumdar has just started his new venture, Nimantran (An Invitation, 1971), with his star-wife Sandhya Roy in the feminine lead.

Rajen Tarafdar is launching Sansar Simantay (1975), after contemplating about it for the last two years. He has secured a loan from the Film Finance Corporation and his programme has been fixed now.

Rajkumari (The Princess, 1970) and Mahakavi Krittibas (The Life of Poet Krittibas, 1970) are the two recent Bengali releases that are being reviewed below.

Shri Lokenath Chitramandir's Rajkumari (directed by Salil Sen), with Uttam Kumar and Tanuja in stellar roles, is another example of the poor standard of Bengali films that are being generally released in recent weeks.

Besides directing the picture, Salil Sen has written the script from his own story (which is a meaningless tiresome episode). The movie has no saving grace at all except for Tanuja, who gives a sparkling display of her talent and at some scenes, she rises above Uttam Kumar whose acting in this film is not upto his usual standard. Chhaya Devi, who plays an important role, has played her part well. The story or the script does not do justice to the stature of actors like Asit Baran, Dipti Roy and Ajoy Ganguli. Pahari Sanyal did well in his not-so-important role.

Rahul Dev Burman's songs are very pleasant to listen to (sung beautifully by Asha Bhosle and Kishore Kumar) but the background score is very loud. The photography in the movie is very amateurish and a dance number by Helen (Bombay) is very crude to Bengali tastes.  Ramayan Chitram's Mahakavi Krittibas (directed by Ashok Chatterjee) is a biographical film. The film deals with the life and works of poet Krittibas who wrote the Ramayana in Bengali. Detailed accounts and authentic records on the life of the poet are not available. So the director had to make to do with stray anecdotes and here say in writing the screenplay. A bit of research work should have been done to throw more light on the life of Krittibas.

Anyway, with all its shortcomings Mahakavi Krittibas is an enjoyable film from every aspect. Moreover, little do we know about the life of this poet and so the film is also important in this respect.

Commendable acting by Ashim Kumar (in the title role) and Lily Chakraborty (as the poet's wife) is a notable feature of the film. Perhaps Lily gives the best performance of her career. Others who acted well were Tarun Kumar, Padma Devi, Geeta Pradhan and Bhola Pal.

The most prominent factor of the film is its enchanting music tuned by Sm. Bijan Ghosh Dastidar. Under her creditable direction, more than twenty song; have been songs by noted playback singers of Bombay and Calcuta which include Manna Dey, Hemant Kumar, Shyamal Mitra, Dhananjoy Bhattacharya, Arati Mukherjee, Madhab Brahma and others.

This article was originally published in Star & Style Magazine's 13 November, 1970. Images used in the feature are taken from the original article and the internet.
332 views