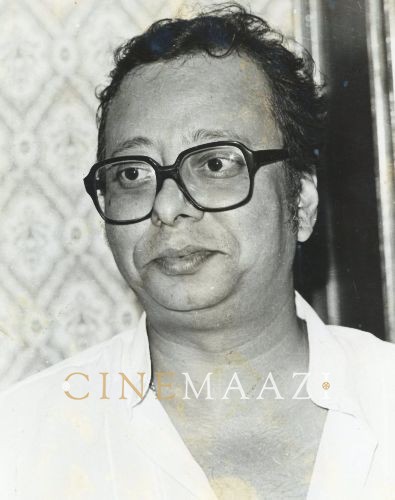 A musical phenomenon, a maverick, a wizard of music…R D Burman is acknowledged as a game-changer and one of the greatest music composers of the Hindi film music industry. A quintessential musical genius, he revolutionised the existing Hindi film music in the 1970s, with his emphasis on rhythm and beats. Simultaneously, he composed several influential raga-based songs, proving his multi-faceted talent and comfort with different genres of music including Indian folk. His contribution to the world of music and films, with his innovative compositions and amalgamations of rhythmic influences from the music of many countries, is momentous. Both, his obsession with music and his immense hard work, are well-known. Ruling the hearts of music lovers for three decades, he introduced new sounds and dimensions in music which would captivate the imagination of music lovers and music makers for a long time to come. The music he created for his own joy and satisfaction found wide appeal, and established him as a great. From the 1960s up to the 1990s, he composed musical scores for approximately 331 films, with some of his memorable compositions including Raina beeti jaaye (Amar Prem, 1972), Ghar aaja ghir aaye badra saanwariya (Chhote Nawab, 1961), Yeh shaam mastani (Kati Patang, 1970), Churaa liya hai tumne jo dil ko (Yaadon ki Baaraat, 1973), Raat kali ek khwaab mein aayi (Buddhha Mil Gaya, 1971), Dum maro dum (Hare Rama Hare Krishna, 1971), Aaj unsay pehile mulaaqaat hogi (Paraya Dhan, 1971), Kehna hai, kehna hai aaj tumse yeh pehli baar and Mere saamne waali khidki mein (Padosan, 1968), O mere dil ke chain (Mere Jeevan Saathi, 1972), the songs of Sholay (1975), Aandhi (1975), 1942 - A Love Story (1994) and more…the list of melodies that are an integral part of Hindi cinematic memory is virtually endless. The upbeat, Western-influenced music style he introduced defined much of the music of the 1970s, and has influenced generations of music directors even till date. His music for the films Sanam Teri Kasam (1982), Masoom (1983), and 1942: A Love Story (1994) earned him three Filmfare Awards for Best Music Director respectively.

Born Rahul Dev Burman on 27 June, 1939, in Calcutta, he was the son of legendary music director S D Burman. His received his nickname Pancham as a child, apparently because his crying as an infant reminded his parents of the fifth note of the Indian scale, which is known as Pancham. Another story goes that it was actor Ashok Kumar who named him thus, on account of his childish blabbering ‘Pa pa pa pa pa’. His education in music began very early, growing up in a home surrounded by music. After the family moved from Calcutta to Bombay, he started training in the sarod from the renowned Ali Akbar Khan. He also learned to play the harmonica. His gift for composing showed itself early; he was just 9 when he composed his first song - Aye meri topi palat ke aa. His father used the song in the film Funtoosh (1956).

He was but a lad when his professional career began in 1958, with him assisting his father on films such as Solva Saal (1958), Chalti Ka Naaam Gaadi (1958), and Kaagaz Ka Phool (1959). A few years later, he made his debut as music director with Guru Dutt's Raaz (1959); unfortunately, the film was never completed. His first release as music director came with Mehmood's Chote Nawaab (1961), which launched his career. The decade saw him working in various capacities—if he assisted his father as music director on such films as Bandini (1963), Teen Deviyaan (1965), Guide (1965), Jewel Thief (1967) and Talash (1969), he also faced the camera as an actor in films like Bhoot Bangla (1965) and Pyaar Ka Mausam (1967). But more significantly he started working as a music director in his own right, scoring for films like his first hit, the Vijay Anand directorial Teesri Manzil (1966). Each song he composed for the film was phenomenal from O haseena zulfon waali jaane jahaan, to Aaja aaja main hun pyaar tera, and Tumne mujhe dekha hokar meherbaan. RD never looked back thereafter. Delivering a fresh new dimension of film music, his compositions also changed the choreography trends of the industry, imparting colour and vibrancy to cinema. A watershed moment in his career, the film established his reputation and attracted a slew of good offers.

The 60s saw him score music for hits such as Padosan (1968) and Waris (1969). His work for Shakti Samanta’s Aradhana in 1969 was significant with his compositions coinciding with the entrance of the Hindi film industry’s original superstar—Rajesh Khanna. Incidentally, while the music was largely scored by RD, credit was officially given to his father, who was extremely unwell at the time. His composition Mere sapno ki raani kab aayegi tu, rendered by Kishore Kumar and brought alive onscreen by Khanna, became a rage across the country. The combination of this trio would create several hit songs over the years. The decade proved to be but a preview of what lay ahead. The 1970s saw R D Burman become the Hindi film industry’s most desirable music director, winning immense appreciation for his iconic work in successive hits such as Amar Prem (1971), Hare Rama Hare Krishna (1971), Seeta Aur Geeta (1972), and Sholay (1975), alongside his compositions for Hum Kisi Se Kum Nahin (1977), Golmal (1979), Kudrat (1980), and Burning Train (1980).

He held sway up until the mid-80s, composing popular songs for Khubsoorat (1980), Love Story (1981), Kudrat (1981), Rocky (1981), Sanam Teri Kasam (1982), Shakti (1982), Masoom (1983), Betaab (1983), Ijaazat (1987), and Parinda (1989). However, his golden reign started to unravel, with his music increasingly failing to make any significant impact. The second half of the decade saw him plagued by health and career problems. It became evident that he had lost his touch. Musical tastes were changing. Newer talents had entered the scene, such as Bappi Lahiri, who won over listeners with his new disco sound borrowed from the West. In 1988 at the age of 49, he suffered a heart attack. Undergoing surgery, he went on to make more music, which was largely lacklustre. He was never to scale the heights he had formerly achieved. 1942: A Love Story which released in 1994 turned out to be his swansong, and a beautiful and befitting one at that. His compositions Kuchh na kaho, Rim jhim, rim jhhim, and Ek ladki ko dekha toh aisaa laga proved emphatically that talent like his could never be written off. Vindicated by his music, he passed away shortly before the release of the film, on 4 January, 1994, following another heart attack. He was 54.

His musical talent, in retrospect, has won the acknowledgement and praise it deserves. The rejections of the latter years of his life have been forgotten, with the focus lingering on the high points of his career, and his undeniable genius. He continues to be remembered and honoured via numerous remixes, documentaries, books and more; even the Filmfare R D Burman Award for New Music Talent was named after him.

His penchant for borrowing freely of themes from other songs has been pointed out. From Aao twist karein being lifted from Chubby Checker’s Let's twist again, to Tera mujhse hai pehle ka naata koi being copied from the folksong The yellow rose of Texas, and Tumse milke inspired by When I need you, the question of plagiarism has often raised its head. That said, it also remains a fact that Indian genres of music freely pass from one artiste to another, whether classical, folk, or popular. What’s more, in the past, intellectual property laws have not been stringent. Fact also remains, that often it was the filmmakers who would insist he copy certain songs for their soundtracks.

Shedding insights into his method, famed lyricist Javed Akhtar in his foreword for the book, RD Burman: The Man, The Music (Aniruddha Bhattacharjee and Balaji Vittal), writes: “Most of his tunes that you appreciate, like Ek ladki ko dekha were created in five to six minutes. That was the level of creativity, the energy he had.” However, Gulzar who collaborated with RD on films like Parichay (1972), Kushboo (1975), Aandhi (1975) and Ijaazat (1987) speaks of how his genius was an outcome of his obsession and unrelenting hard work. Gulzar tells of the days when Pancham would land up in front of Gulzar’s house in the dead of night, get Gulzar into his car and drive through the roads of Bombay till sunrise, all the while discussing his composition. While composing for Amar Prem, he is said to have locked himself up in his room for a week, from 9 am to 9 pm. Burman’s friend, Badal Bhattacharya, reveals that he would book the studio for months, and would work without taking a break, for 20 hours a day. Yesteryear’s actor Shammi Kapoor would add, “Who knows, even when he slept, he may have had musical dreams!”

The magic of his music was also the result of his curiosity to study other forms of music such as jazz, Latino, and folk. What’s more, he “dared to follow his instinct and intuition, achieving what no one else did,” as Shankar Mahadevan explains. Apart from his music, his personality was coloured with several interesting hues. His culinary skills which he shared to connect with others, his caring ways, his generosity, his genuineness and child-like quality are some of his many memorable facets.