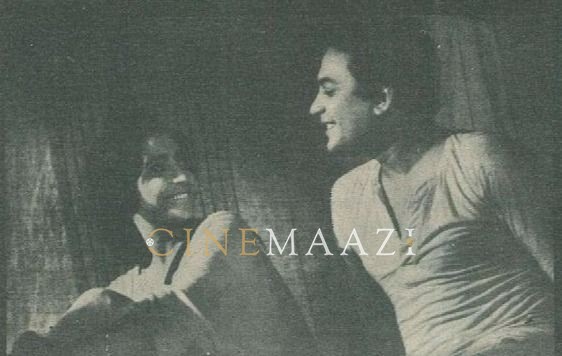 With the perspicacity that marked all his observations, Satyajit Ray said of Uttam Kumar: ‘I understand that Uttam worked in something like 250 films. I have no doubt that well over 200 of them will pass into oblivion, if they have not already done so. This is inevitable in a situation where able performers outnumber able writers and directors. Even the best of actors loses his edge and languishes without a steady supply of worthy material to keep him on his mettle. It is even worse with stars, whom circumstances have brought to a pitch where they must stick to their image or topple.’

And though it is true that most of Uttam Kumar’s films have not aged well and do not quite stand the test of time, it is equally true that, as Ray observed, ‘an artiste must always be judged by his best work’. On that count, Uttam Kumar’s best has seldom been bettered by anyone in Bengali cinema in the forty years since his death. What makes his work in cinema even more remarkable is that it was not limited to acting. He also had an enviable degree of success as a producer, director, singer and composer. He composed the music for the 1966 film Kaal Tumi Aleya, and its songs ‘Ami jai chole jai’ (Hemanta Kumar) and ‘Moner manush phirlo ghare’ (Asha Bhosle) give an inkling of his credentials as a composer. His understanding of film music and playback has been well documented with even Soumitra Chatterjee acknowledging the lessons he learned from Uttam Kumar on this aspect of cinema.

As a producer he had an uncanny sense of backing just the right film as evidenced by the almost 100 per cent success rate of these films at the box office. But equally important in his choice of films as producer is that they hold their own among the best of Bengali cinema even sixty years after they were made, be it Harano Sur (1957) or Saptapadi (1961), under the banner of Alochhaya Productions, or Jatugriha (1964), Grihadaha (1967), Bhranti Bilas (1963) and Uttar Phalguni (1963) which were produced by Uttam Kumar Films Pvt. Ltd. Interestingly enough, each of these films is based on a well-known work by doyens of literature: James Hilton’s Random Harvest (Harano Sur), Tarashankar Bandopadhyay (Saptapadi), Subodh Ghosh (Jatugriha), Saratchandra Chatterjee (Grihadaha), Shakespeare via Ishwarchandra Vidyasagar (Bhranti Bilas) and Nihar Ranjan Gupta (Uttar Phalguni).
But his most enduring contribution as producer remains the selflessness that he brought to his own roles in these films.
But his most enduring contribution as producer remains the selflessness that he brought to his own roles in these films. There is none of the insecurity or ego that Dhritiman Chaterji mentions (in the documentary Talking Head) vis-à-vis his experience while shooting for Jadu Bansha (1974), where Chaterji’s monologue was eventually shot with only the mahanayak in frame instead of being an over-the-shoulder shot as initially planned (while Chaterji delivering the monologue is seen through a mirror in the frame) after the star insisted it be done that way.
It goes without saying that in both Harano Sur and Saptapadi it is Suchitra Sen who has the meatier role and in fact even preceded Uttam Kumar in the credit billing. Uttar Phalguni of course is an out-and-out Suchitra Sen vehicle with Uttam not even acting in the film. Arundhati Devi matches him scene-for-scene in Jatugriha (which was loosely remade as Ijaazat by Gulzar), providing a scintillating duel between two actors at the top of their game. And despite being an Uttam-Suchitra film, the characters in Grihadaha are not starry-eyed lovers in the way they are in the other films starring the two. There’s a great deal of complexity that underlines the relationship here and that goes against the box-office grain of their other outings together. Uttam Kumar gives a glimpse of his ability to set aside star egos, letting Pradip Kumar hog the limelight and walk away with the accolades in what is his finest hour as an actor. The only film here that does not quite work for me is Bhranti Bilas, and that I suspect owes a lot to Gulzar’s Angoor (1982), which beats Uttam Kumar’s original hollow when it comes to laughs.

There are glimpses of a director’s vision in some of the sequences here, most notably the one where Udash tries to force himself on Padma, camouflaged among overgrown stalks and bushes. There are also some lovingly shot outdoors of rural Bengal which lend authenticity to the narrative. Despite the shortcomings, this one is a marked improvement over Shudhu Ekti Bachhar, with a string of strong performances (Supriya Devi, Bikash Ray, Nirmal Kumar, Jahar Ray, Anil Chatterjee, and in particular Basabi Nandi as Udash’s psychologically impaired wife). Uttam Kumar himself is a standout with his spot-on local dialect, particularly in the climactic sequences where, drunk, and losing his mind, he confronts Padma and the doctor.

The film stars Uttam Kumar as a dissolute zamindar (the kind he played to such perfection in Stree and Sanyasi Raja) who sets his eye on a courtesan Aparna (Sharmila Tagore, in a role I am sure she would like to forget). Though his wife (Supriya Devi) warns him that dalliances with courtesans have spelt ruin for the family for generations, it’s to no avail. Needless to say, Aparna falls in love with a courtier, leading to his murder and other atrocities being visited on her. Things take the expected turn when the zamindar’s son (Mithun Chakraborty) returns from his boarding school and promptly falls in love with Aparna’s daughter, who had been taken away from her mother and imprisoned by the zamindar. In an inexplicable and laughable casting decision, the daughter too is played by Sharmila Tagore and there’s never a moment you can visualize Mithun Chakraborty and Sharmila Tagore as lovers.


There’s nothing that redeems the film – not Uttam Kumar, not Supriya or Mithun, not Sharmila Tagore, despite the fact that she is named Aparna and there’s also a Nischindipur in the narrative! Kalankini Kankabati represents all that was bad about 1980s cinema – the kind of cinema Bengal would come to lament after the passing of the mahanayak. You know how bad the film is when one says that the only good thing about it is R.D. Burman’s music, incorporating two gems: Parveen Sultana’s ‘Bendhechhi beena’ (the tune was also used in Bemisaal’s Lata Mangeshkar solo, ‘Ai ri pawan’) and that college favourite of the era ‘Adho alo chhayate’.