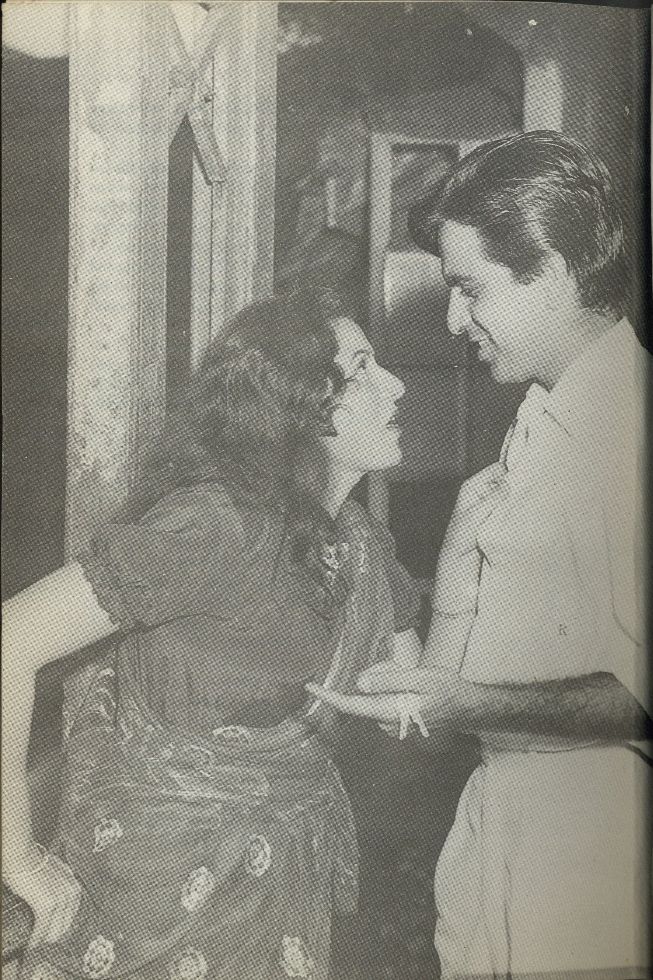 Madhubala and Dilip Kumar, photographed by Bunny Reuben in a candid moment

She was that rare person — a Beauty Queen who was not distant, cold and inaccessible, not a mere lens-hog's delight, but a warm-hearted, interesting human being with a lively sense of humour who laughed a lot and loved to make those with her laugh a lot too.

It was perhaps this enduring capacity for laughter which eventually brought her out of the major heartbreak with Dilip Kumar into a marriage with Kishore Kumar ... but I am running ahead.

The episode I am about to narrate relates to the pre-Kishore Kumar era when Madhubala was passionately in love with Dilip Kumar.

"Every love affair is a race against time," said Oscar Wilde and there wasn't the slightest shadow of a doubt that the love story of Madhubala and Dilip Kumar had lost the race against time when the Naya Daur (1957) case went to court and where, in the witness-box, the Love Legend (Dilip Kumar) went on record to say that "I shall always love her until the day she dies." I prefer to believe that it was not a slip of the tongue, that simple substitution where he said "she" instead of "I" turning what should have been a simple declaration of love into a cynic's credo.

Anyway, to cut short the philosophising and come to the actual incident ...

We FLASHBACK to the fifties and L.P. Rao, Gulshan Ewing and I decide soon after the Naya Daur case is lost by Madhubala and her father, and Vyjayanthimala replaces Madhu opposite Dilip Kumar in that super-duper hit film — we decide that Bunny Reuben must do an "I'll Never Forget" story with Madhubala for "Filmfare."

I ring Madhu up and she sets a date and time — not at the studios; at home.

Madhubala was staying in an ancient bungalow in Bandra named "Arabian Villa" with her father and sisters then. The house was guarded by ferocious Alsatian dogs and one had to be expected first, then received, and then escorted personally inside to be able to keep those dogs at bay.

Well..when I arrived I was escorted in, not into the hall downstairs, I was asked to go upstairs, into Madhu's own room. I went in and sat down, and she came upstairs a few moments later. Exchanging easy "hellos" with me she did an unusual thing — she bolted the door from inside.

Feeling a little uncomfortable I outlined to her the article "Filmfare" had in mind. Alright, I had wondered earlier why Madhu had called me and not Gulshan Ewing for this article, and as the minutes stretched into, first, one hour, then two, I understood that I'd been chosen because it was well-known in the movie-industry of the fiftie,that I was very, very close to Dilip Kumar.

Madhubala began talking. She wanted to talk only about her Yusuf Khan — the feature article was secondary — and as she proceeded to unburden herself of all the intimate and hurtful details about the decline and fall of their relationship she put her head on my shoulder and she wept uncontrollably. It was a terribly embarrassing position to be in and that little bit of La Rochefoucauld which has always been a part of me began to whisper to me that she was unburdening herself so completely not because of the "Filmfare" article but because she knew how close I was to Dilip and she wanted me to go and convince him how badly he had treated her and how much she loved him still.

We had a terrific article — or so I thought. I went back to the "Filmfare" office triumphant and all agog with the sort of scoop we had. If it had been the eighties instead of the fifties then yes, "Filmfare" would indeed have had a sensational scoop. But at that time we were living in the Morarji Desai era of morality and press self-censorship, and all that did conic out in the "I'll Never Forget" article by Madhubala as told to Bunny Reuben was the ending, which said:
'And finally, I'll never forget . . . the dearest one who became a foe."

I must not omit the finale of this episode. Because I had been moved by her tears, because during those two hours that I'd sat listening to the story of her broken heart, I felt it my duty to go and report the whole thing to Dilip Kumar, I did so.

And I began my narration by saying, "she still carries a torch for you, Yusuf. Why don't you . . .

" Angrily he cut me short, and the little of La Rouchefoucauld that is in him too must have replied me on his behalf — ':What bloody torch!" he said angrily, dismissing me out of hand.

I never, ever, mentioned Madhubala to Dilip Kumar again.

This article was initially published in the book Follywood Flashback: A Collection of Movie Memories by Bunny Reuben.