Sukhlal Verma was a man much influenced by Western ideals. He wanted his two daughters, Alka and Kiran to be well-educated, independent girls, who could take care of themselves in any situation.

But his wife was afraid lest too much freedom would spoil the girls and take them out of the reach of old family traditions. So she tried her best to keep them in check as much as possible. In this aim she succeeded with Kiran, the elder girl who was by nature a simple and straightforward girl, but with Alka, who was the favourite of her father, the mother could make no headway…

So she grew up to be a headstrong, foolish and stubborn lass.

It was after the graduation of the two girls that Mr. and Mrs. Verma were worried about settling the girls in marriage in respectable houses, and a great load was lifted off their shoulders when a family friend, Dayaram Chacha, who was by choice a marriage broker, arranged for two very eligible bachelors for the two girls.

Thus was Alka married off to Suchendra Kapoor, and Kiran to Dilip Kumar Mathur. The parents of the girls heaved a sigh of relief.

But the trouble had just about started.

The Kapoor home was a womanless one. The old father, Raghunath Kapoor, was all that respectability and gentlemanliness could demand. His son adored him as only a motherless boy can adore a father. It was in this sober household that the fiery Alka made her entry, after which there was instant confusion. The views of the three clashed at every step; the father and son wished to lead simple, quiet lives while Alka loved to be gay and worldly. She loved the glamour of life, flashy clothes, high living and expensive habits. When these were met with gentle opposition and quiet rebuke on the part of her father-in-law and her husband, her pride was touched in the raw, the pride of a foolish ignorant girl. She grew hostile towards them; they tried their best to patch things up but the gap between them grew, and husband and wife slowly started to drift apart..not due to any lack of love between them, but only because of a foolish pride which to a headstrong girl was more important than her husband.

The Mathur household consisted only of a good though strong mother and a son who was her only weakness. Dilip Mathur was an only son, and he was spoiled. He had wasted away the fortunes of his ancestors and only a tradition and a large house showed that they had once been rich. Here the simple and homely footsteps of Kiran led her. For her, her husband, whatever he may be, was will was law. But this was unfortunate, for Dilip wanted a wife who could play with him on an equal footing, who would share his pleasures of the high spots of society, who would, in short, be as reckless and inconsistent as himself. For him Kiran was too tame, too dull. So he looked across his own doorway and his eyes perceived the sister-in-law, Alka, who had passed into another house. She was the sort of girl  that Dilip had always admired and wanted. So he set about laying his traps as unscrupulously as any hunter. He started going to her house regularly and tempted Alka to enjoy with him those pleasures which had always been dear to her heart. She, in turn, already prejudiced against her husband’s better judgement, thought there would be no harm in going out often with Dilip, for after all he was her brother-in-law. To do her justice, there was no evil intent in her mind regarding Dilip, she only liked him as a brother, and she preferred his spirited company to the rather stiff behavior of her husband. But Dilip took advantages of her feelings and pulled her more and more away from her home, till at last Alka became a regular late-nighter with no thought for home and no sense of responsibility towards the husband and father-in-law. When matters came to a head, she ought with them and went to her father’s house.

But old Sukhlal, for all his Western ideals, could not tolerate the insolence perpetrated by his once beloved daughter. He told her to go back to her husband’s home, for that was the only place for a married woman.

But Alka’s pride, her false, ruffled, bloated ego was already much hurt by the piercing words of her husband whom she really loved deep down in her heart. She could not bear to go back and face him. She wanted him to come to her and lead her back home. But he was not willing to lower the prestige of his father before the foolish whims of his wife. So the deadlock stood, and Alka left her father’s house to stay in a hostel.

In the Mathur home there was deep sorrow. Day after day Dilip had deceived his wife to go and see Alka, and day after day Kiran had seen a vulgar passion contaminate the sanctity of her home. What could she do? At last she thought of a plan, a daring plan suggest by Dilip’s mother.

Suresh was sick. His father had left him for good. Gone away in the hope that his quitting the house might bring Alka back to Suresh, but to no avail. And now with the loss of two most prized objects, his father and his wife, Suresh wsa slowly sinking into nothingness, losing his will to live.

And this was where Kiran comes to his aid. She would come daily to look after him. She would come dressed in finery, and his is where her game really lay. For Dilip this was a complete change in his wife. She used to go out now, often happy, gay, enjoying life, and usually in the company of Suresh.

And slowly a great jealousy grew up in Dilip. He forgot Alka and his hate concentrated on Suresh, who was supposed to be the destroyer of his wife’s sanctity. And one day matters became too hot. Kiran broke all restrictions laid by Dilip and went to nurse Suresh. Now Dilip got into a murderous temper. He was absolutely helpless. He was the biter bit.

And then his thoughts came back to Alka, alone and helpless in a city hotel. This provided his chance to take his revenge on Suresh.

He rushed out of his house, reached the hotel, and took away Alka on a pretext of getting her a job. They reached a deserted Versova Shack, and there in the loneliness of a dark night, he bared his real self. And Alka realized in horror what she had been playing with her for so long. She screamed and shouted and begged but ot no avail. The monster in Dilip was advancing upon her when out of the blue a blow landed on Dilip’s head, and all went black before his eyes. It was….Kiran and old Raghunath. Fate had carried them to this spot at this fatal juncture.

This final scene unfolded in the hall of Dilip’s house. Sister embraced sister, ‘Brother’ embraced  ‘Brother’, as the pride of a foolish woman was crushed before the horrible spectacle of a brother-in-law’s passion, and that vicious passion was forever buried in the tears of love shed by a devoted wife.

This was Kiran, who had shown to all what it is to be an Indian woman. 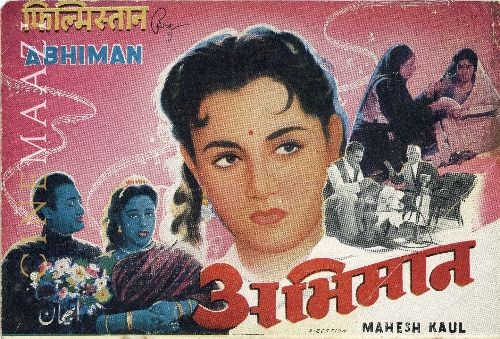 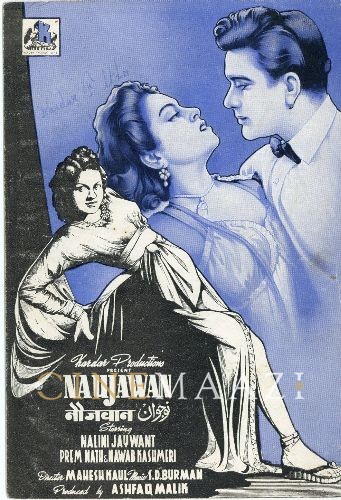 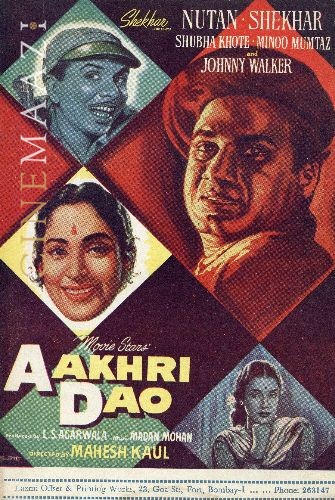