Chacha Bhatija is the story of the world’s most loveable uncle-nephew team. Teja Saheb was blessed by all the comforts and luxuries of life the onkly unfulfilled desire of this gentleman was that he had no child. His wife Sita too, was troubled by the same thoughts. Teja’s business manager Lakshmidas was aware of these feelings and taking advantage of that, he succeeded in parting ‘Teja’ from his wife ‘Sita’. The moment Teja’s wife was exiled from home, it spelled the end of the little world of Shanker, Teja’s younger brother and the boy Shanker ran away from his home to search for his sister-in-law who was just like a mother to him.

Teja’s household was now controlled by Lakshmidas and his sister Sonia. The two of them succeeded in convincing Teja that Sonia’s child Kiran was, in fact the son of Teja.

Away from all these conspiracies troubled and forsaken Sita tried to commit suicide, but Gul Khan, risking his own life, saved her from drowning. In the hospital, Sita is informed that she is pregnant and will after sometime give birth, to Teja’s child. But before she could carry this good news to her husband, Lakshmidas convinces Teja that his wwife is dead and persuades him to marry his sister Sonia. Now Sita has no alternative but to live for the sake of her child: Gul Khan treats her as his sister and takes on the responsibility of bringing up her child, Sunder.

Meanwhile, Shanker, searching for his lost ‘Bhabi’ accidently meets kind-hearted Mrs. De’Silva who treats him as her own son and he call her ‘mummy’.

Years roll by, Sunder grows up and in search of a job comes to the big city of Bombay and there accidentally Shankar (chacha) meets Sunder (bhatija) without discovering their true relationship and become good friends.

Thereafter how Shankar and Sunder become enemies and thirsty for each other’s blood and how their true identity is discovered? Who is his fast sharp-tongued girl Mala and the lovely Pinky? Who are Hasiram and Khushiram and whether they succeed in exposing the devilish plans of the villains?

The answer is in a thrilling powerful climax, the kind of which Indian Cinema has never witnessed before, the entertaining adventures of Hasiram and Khushiram will make you love ‘CHACHA BHATIJA’ forever. 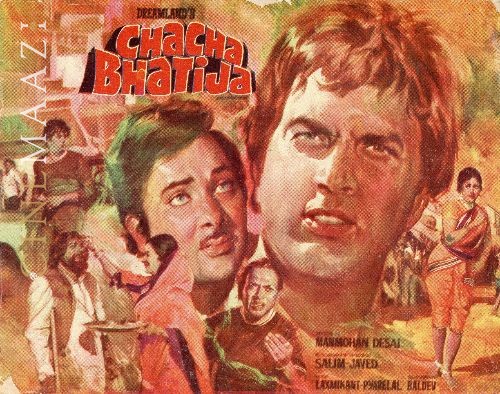 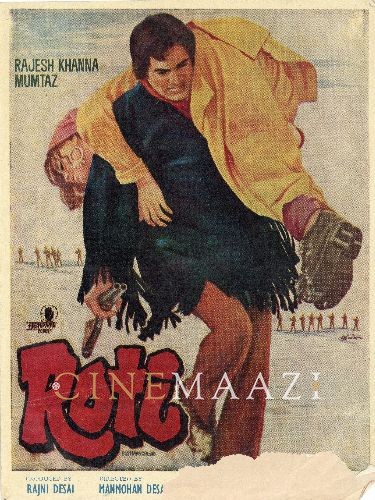 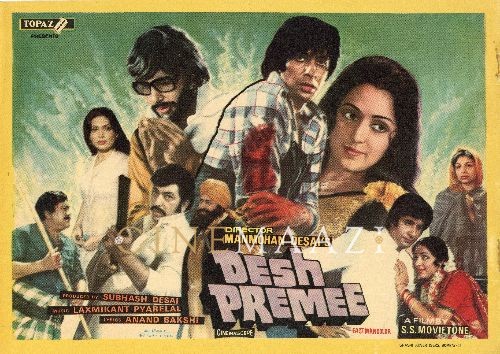