Dev unwittingly gives Farhaan the wound that plunges him into violence. Farhaan's father Ali Saheb's violent death, a father who brought him up with ideas of patriotism and non-violence, leaves him emotionally orphaned.

Aaliya (Kareena Kapoor), a charming romantic person who is the ray of light and warmth in Farhaan's life. Aaliya, who gets caught in extraordinary circumstances that transform her life.

DEV is the saga of Dev and Tej's friendship a bond stronger than blood ties.

In which Farhaan emerges as a wedge driving them apart.

The story unfolds against the vitiated atmosphere of present times where innocent lives become fodder for political expediency.

The spark of terrorist violence unknowingly set off by Farhaan under the aegis of Latif (Ehsaan Khan), a cunning and ambitious politico, engulfs the whole city in its flames. Tej transgresses beyond the boundaries of Law in his passion to eliminate anti-national crime. Dev is faced with the spectre of the tragic human cost and a moral compulsion to act.

The stakes rise beyond self-interest.

Dev and Tej are set on a path of dramatic collision.

Even as Dev and Farhaan's fate gets irreversibly linked two soldiers whose allegiance may be to different causes but admiration for each other's courage and integrity brings them together. 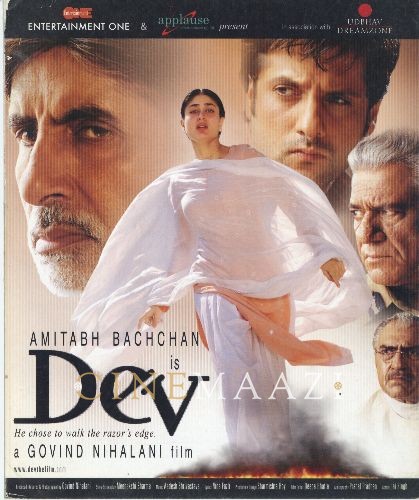