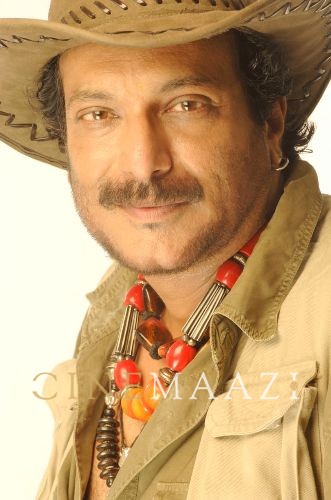 Milind Gunaji has earned fame as a model, TV serial actor and film actor as well as a brand ambassador. He was inspired by noted film personality Govind Nihalani who introduced him to the glamour world. It is due to him that he went on to model for Digjam Suitings, Lifebuoy, Idea, Philips, Capston cigarettes, and Maharaja log huts. His tenure in this field is of more than 25 years.

His famous Marathi films are Sarkamama (1998), and Prem Kahani-Ek Lapleli Gosht (2016). He has also done the Tamil film Aalavandhan (2001) and the Telugu film The Ghazi Attack (2017).
For Fareb (1996) and Virasat (1997) he was nominated for popular awards. For the Marathi film Bapu Biru Vategaonkar (2005) he bagged the Best Actor award from Maharashtra Kala Akademi.

Milind Gunaji is also the brand ambassador for Maharashtra State forest and wildlife, as also for Mahabaleshwar hill station. He was invited to feature in the advertisement for Madhya Pradesh’s Panna National Park.

As a writer, he has penned several books. His book, Anvat fetched him the best literature award from the Maharashtra state while the second edition sale of his Havai Mulukhgiri was 10,000 copies in 10 days. The names of his other books are Chanderi Bhatkanti, Gudha Ramya Maharashtra, Mystical Magical Maharashtra, A travel guide - Offbeat tracks in Maharashtra.

He has featured in 9 hit music albums of which Aika Dajiba achieved a platinum disc. He has recently acted in Rajendra Talak’s Konkani film Miranda House (2019), a thriller about two characters who meet accidentally on a scenic beach in Goa and start talking about how the other’s presence has caused trouble in their current life.