Almost everyday we read in newspapers about the spurious drugs and adulteration of food stuffs and other essential commodities of daily life. The anti-social elements who try to make easy money on the lives of innocent people do not realise the irreparable damage they bring to the nation as a whole.

The story of DILLI KA THUG is the story of Kishore, the son of a Newspaper editor of Delhi who was murdered by a racket of fake-drug dealers for having tried to expose them.

After the murder of the father being rendered helpless Kishore was compelled to leave the college and shoulder the responsibilities of his family consisting of mother and sister.

Kishore tried for a job but he did not get one. He knocked at all doors but nobody responded. In the name of law the so-called society snatched away whatever he had. Even those people who once pretended as the best friends of his father refused to sympathise with this poor family. On the contrary the very same people who once worshipped Kishore' father as their only social god now threatened to break the engagement of his sister, Radha. His own finance Asha to whom Kishore was engaged when he was a child did not recognise him. A fire of revenge started burning inside Kishore. He refuted to accept all those hollow ideals of the so-called society, the price of which he thinks he has paid in the death of his father and brother. He takes vow before his mother and sister that he will get back everything he last.

At this time Asha comes to Delhi with her uncle and business associate Mr. Bihari to take part in a swimming competition. Asha is a doctor now and she is living in Bombay.

Kishore meet her in the swimming pool but she did not recognise him as her fiancee. Kishore decides in his heart of heart that one day he will win over Asha and goes on meeting her different disguises.

In his romantic pursuits to meet Asha one night Kishore comes across a horrible looking man who was running away after murdering Mr. Sohanlal a friend of Kishore. Kishore wanted to stop the killer but he escapes. Kishore was shocked to see that horrible face because he knew that the very same man killed his father also. Inspector Dilip Singh who took up the investigation of Sohanlal's murder also comes to the conclusion from what he heard from Sohanlal and Kishore that the killer is Anantram a notorious criminal whom the police thought to be dead in a plane crash. Dilip Singh goes ahead with the investigation of the case and Kishore also volunteers to work in collaboration with the police to find the killer of his father.

Actually Anantram who escaped from the plane crash with severe burns is now living at Bombay posing himself as Professor Amarnath, the uncle of Asha (who is not existing) wearing a mask.

It so happens that Kishore also comes along with Dilip Singh to Bombay to investigate the case and he takes up a job as a salesman in a drug store run by one of the accomplices of Anantram. Anantram when he saw Kishore the son of the same newspaper editor whom he murdered at Delhi decides to do away with him but he failed in all his attempts. In Bombay also Kishore meets Asha very often and Asha who did not accept him as her lover in the beginning now starts returning his love. Anantram did not welcome this change in Asha.

On the other side Kishore finalise the marriage of his sister and calls his mother and sister to Bombay. Suddenly a reverse comes. Kishore was arrested by the police on a charge of smelling fake drug and causing death to a child whom he loved most and with whose parents he lived in Bombay. From the Court proceedings Kishore comes to know that Asha is the real owner of the drug store where he served as a salesman. Kishore wanted to plead his innocence but the dirty tricks of Anantram and his followers did give him a chance. They manage to kidnap his mother and sister and this forces Kishore to accept a guilt which he did not commit.

Whether Kishore was able to prove his innocence? Was he able to fulfil his promise he gave to his mother? All these things you will see on the silver screen. 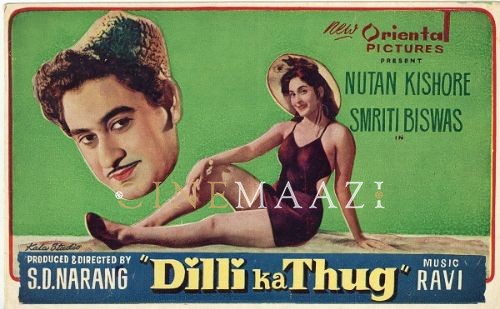