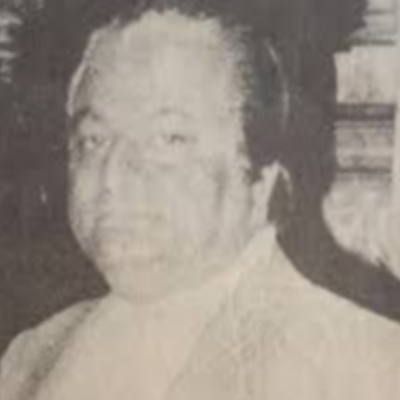 With her peppy, pixie-like presence, Smriti Biswas is known for films such as Shamsheer (1953), Chandni Chowk (1954), Baap Re Baap (1955), Dilli Ka Thug (1958) and Ab-e-Hayat (1955). Featuring in Hindi as well as Bengali films, she acted in more than 30 films in the course of her career. Her performances show that she was equally at home in comedy, as well as social and period dramas. She would feature onscreen as the parallel heroine, as well as in second leads, and vamp roles. Acting in the films of Guru Dutt, V Shantaram, Bimal Roy, Mrinal Sen, B R Chopra, and Raj Kapoor, she co-starred with actors such as Dev Anand, Kishore Kumar and Bhagwan Dada, among others. She chose to marry at her peak in 1960, after a steady romance with filmmaker S D Narang, whose Dilli Ka Thug (1958) among other films she had acted in, and thereafter gave up films.

Born Smritirekha Biswas on 17 February, she began her career as a child artiste at the age of 10 in the Bengali film Sandhya. She went on to feature in multiple Bengali features such as Hemant Bose’s Dwanda (1943) and Mrinal Sen’s Neel Akasher Neechey (1959).

In the 1950s, she moved to Bombay. Here she bagged key roles in a series of films. Bimal Roy’s Pehla Aadmi (1950) saw her star in a tale revolving around World War II, during which a man leaves his bride-to-be and answers the call of the Indian National Army to fight against the British and on the side of Germany and Japan.

The Master Bhagwan-directed Bhaagam Bhaag (1956) saw her paired opposite Kishore Kumar. It revolved around two impoverished males who encounter goons and assorted characters as they attempt to procure a valuable coat.

She acted in A R Kardar’s Baap Re Baap (1955), which told the story of a young man hailing from a rich, aristocratic family, whose parents want him to marry the best of the best girls money can find, but he himself loves a poor girl who sells flowers for a living.

Featuring in A N Bannerjee’s Humsafar (1953) with Dev Anand, Chetan Anand and Kalpana Kartik, the film presented a forceful fascinating human drama based on newspaper reports on the ‘dacoit menace’ sweeping the country.

Guru Dutt’s Sailaab (1956) saw her star along with Ram Singh and Geeta Bali in a tale about a rich young man Gautam, who goes to Assam to visit his father’s tea plantation. En route, the plane in which he is travelling is forced to make an emergency landing due to bad weather. He is injured and suffers from amnesia. He goes on to fall in love with a young woman Kanchan, who responds to him even though she is part of a community that doesn't allow its members to marry.

She featured in V Shantaram’s comedy-drama on national integration - Teen Batti Aur Chaar Rasta (1953),  followed by the Raj Kapoor-produced Jagte Raho (1956), which centres around the trials of a poor naïve villager who comes to a city in search of a better life, only to become trapped in a web of middle-class greed and corruption. She played a character named Sati in the film.

B R Chopra’s classic Muslim social drama Chandni Chowk (1954) saw her feature alongside Meena Kumari, Shekhar, Kumar, Jeevan, and Achala Sachdev. The story portrayed a Nawab belonging to the Chandni Chowk area of Delhi in the early 1920s, who is tricked into marrying off his daughter to the gardener’s son.

She also essayed a guest appearance in S D Narang’s Dilli Ka Thug (1958), which depicted the story of Kishore, a conman who has little respect for the rich. On learning that the person responsible for his friend's death is the same who led to his own father's death, he vows to bring him to justice.

Making her mark in a variety of roles, she also appeared on the cover of the leading film magazine of the time – Filmfare. However, she did not become widely famous. Acting in approximately 30 films, her career took a backseat post-marriage, as her filmmaker husband S D Narang made it clear that he needed a wife and not an actress.

As the couple had a huge set on the third floor of their home—one for shooting scenes and the other for dances—she was not cut off from the industry either. Hema Malini, Rekha, Helen, Reena Roy, Rajesh Khanna and Sunil Dutt were regulars at the site. In fact, her husband’s directorial Anmol Moti (1969), touted to be India’s first “underwater movie” with Jeetendra and Babita, was largely shot in the swimming pool of their residence. The failure of the film at the box office was a reason for the family’s reversal of fortunes.

Recently, the once-feisty actress was tracked down and found to be battling hard days. Industry folk like actress Anju Mahendroo, and filmmaker and archivist Shivendra Singh Dungarpur reached out to her aid. Biswas herself is not bitter about her circumstances, declaring that she enjoyed herself thoroughly while her career lasted. Mother of sons Rajeev and Satyajeet, she lives in Nashik. 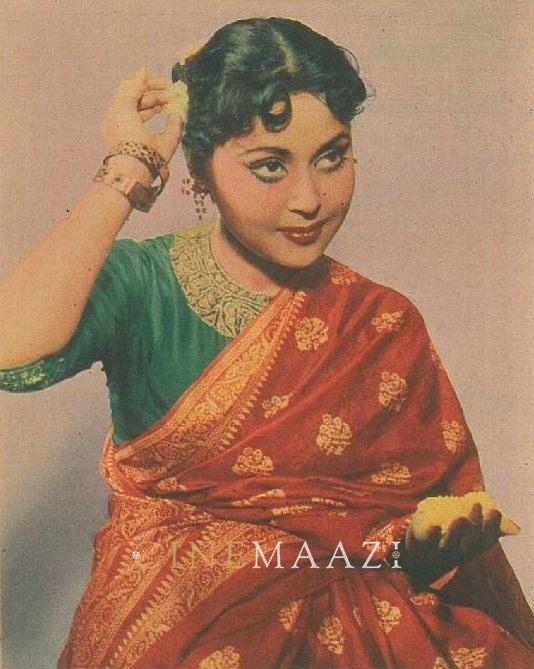