THIS IS AN UNUSUAL STORY OF AWAKENING OF LOVE IN THE HEART OF A COMPLEXED GIRL AND A TURNING POINT IN THE LIFE OF A CRIMINAL.

RATTAN- handsome and debonair- is an inseparable right-hand man of the Master Criminal – MASTER, the very mention of whose name strikes terror in every heart.

RATTAN on return from his native place, where he had gone to see his dying mother, relates to MASTER how he met his childhood companion KAMMO – so beautiful and bubbling with youth but mentally deranged- the only daughter and heir of the immensely rich Jagirdar.

MASTER, whose fortunes have taken a turn for the worse, commands RATTAN to go back to his native place woo and marry KAMMO and then, after first murdering her father, murder her so that the entire property comes to him.

RATTAN goes back and marries KAMMO whose father dies a natural death. Now RATTAN is to murder KAMMO and.....

But he can do, it. The innocent girl has already enamoured him he is madly in love with her.

MASTER, annoyed and unhappy, deputes SONU, his girl to accomplish the job. RATTAN learns about it and is out to save his beloved spouses at all costs.

Does RATTAN succeed in saving KAMMO against Sonu’s viles....?

Do love and devotion triumph over villainy and terror...?

You will live some of the most exciting and suspenseful moments of your life in a thrilling action-packed climax. 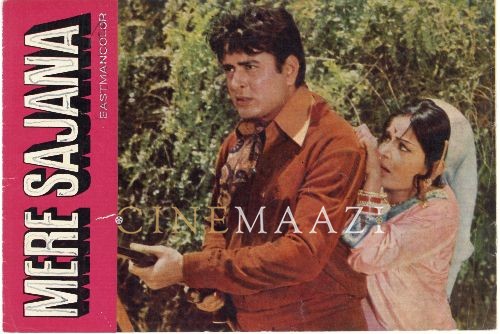