Diwan (Jeevan) and Bhagail Singh (Amrish Puri) killed Kunwar (Vijay Arora) and buried him in the ruins of the palace which was built by Kunwar's forefathers then, Diwan, by the help of "Liars" succeeded in declaring the sons of Kunwar as illegitimate and his wife Lajwanti (Geeta Siddharth) a fallen woman and grabled property of millions.

That was the darkest night for Kunwar's family. Lajwanti became mad after their sons were separated.

Shanker (Rajesh Khanna) the elder son was brought up by a truck driver. Shanker remembered every bit of his past. He was in search of his mother and younger brother since years in vain. Depressed and dejected Shanker used to drink, his only solace was Gulabo's (Poonam's) love.

Ravi, the younger son, was brought up by a Fauji (Satyen Kappu). Ravi did not know anything of his past. But destiny has its own strange  ways to re-open the closed book of remote past. Ravi got service in the farms of Diwan, an dwas in love with Reeta (Rekha) daughter of Diwan.

Shanker and Ravi were friends, without knowing their blood relations.

Shanker found his mother, but she was mad.

Diwan and Bhagail Singh plotted to sow seeds of enmity between Shanker and Ravi.

Ravi accused Shanker of theft which was done by Sheroo (Roopesh Kumar) at the instance of Bhagail Singh while going to jail the brother pledged to kill each other.

Shanker came out of jail. Brothers clashed with each other. This was their dooms day but because of Fauji this day turned to be the fateful day of their reunion.

It was the last leaf turned.

Sons had to bring back their mother to consciousness.

They had to avenge the oppressors.

They had to take back their property their rights.

How they could succeed by the Nishaan-

And God send aid - is the climax of Nishaan. 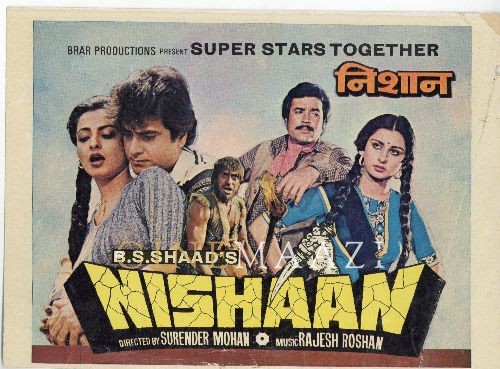 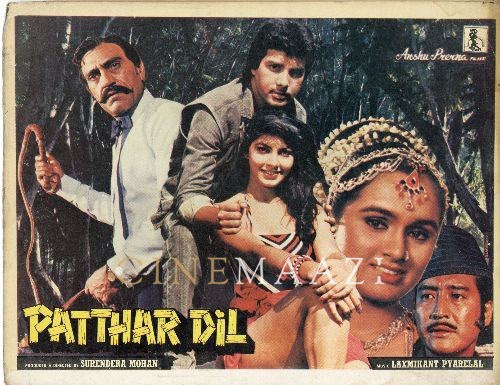 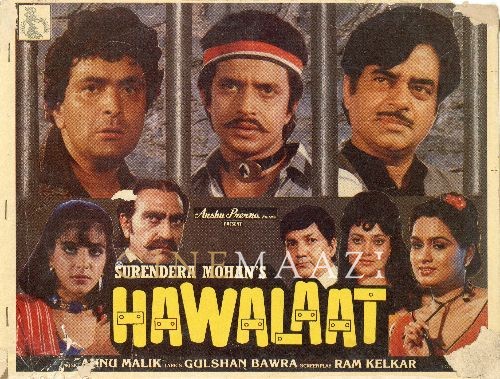 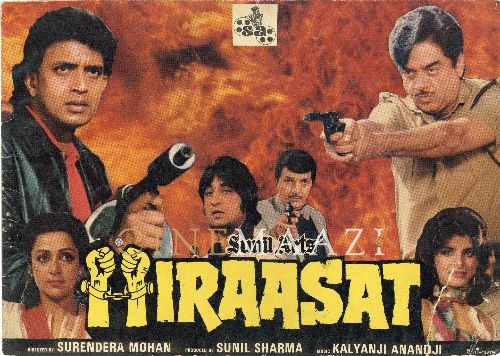