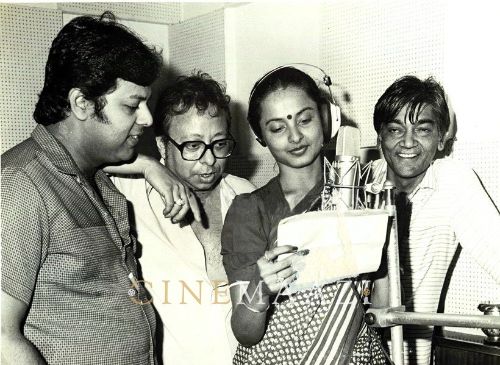 There is an interesting story about how Gulshan Bawra, lyricist of such memorable songs as Mere desh ki dharti in Upkaar (1968) and Yaari hai imaan mera in Zanjeer (1974), got his name. Born Gulshan Kumar Mehta, he had penned songs for the Meena Kumari-Balraj Sahni starrer Satta Bazaar (1959). When the film’s distributor Shantibhai Patel was introduced to the lyricist, he took one look at the quirkily-dressed, unruly-haired Gulshan and declared that he looked bawra—crazy. It led to Gulshan actually adopting Bawra or madman, as his name! It was perhaps not surprising, given his irreverent and easy-going personality. Songwriter and actor, he penned approximately 240 songs in the course of his career spanning 42 years. Known for his work in Khel Khel Mein (1975), Kasme Vaade (1976) and Satte Pe Satta (1982), he won the Filmfare Best Lyricist award for both Mere desh ki dharti as well as Yaari hai imaan mera; the latter favourite from Zanjeer (1974) also topped the Binaca Geetmala annual list. Working with leading music directors such as R D Burman, Shankar Jaikishan, and Kalyanji Anandji, his lyrics combined depth with simple language, easily understandable by the common man. He also appeared on screen as a character actor in a few films, such as the Punjabi film Jija Ji (1961), and Hindi films Vishwas (1969), Parivaar (1967), Pyar Ki Kahani (1971), Zanjeer (1973), Lafange (1975), and Yeh Vaada Raha (1982).

Born on 12 April, 1937, in Sheikhupura near Lahore, where his father had a construction business, he lost his parents in the Partition riots. Brought up by his sister in Jaipur, he went on to move to Delhi, where he graduated from Delhi University. It was during his college years that he began to write poetry. Eager to join films. Finding a job as a railway clerk in Bombay, he would do the rounds of the studios in his free time, hoping for a break. It finally came through Kalyanji Virji Shah of the famous Kalyanji-Anandji music director fame, who assigned him the lyrics of Chandrasena (1959), followed by Satta Bazaar (1959). Bawra’s work in Satta Bazaar brought him appreciation, especially the haunting song Tumhein yaad hoga kabhi hum miley the, rendered by Hemant Kumar and Lata Mangeshkar. Regarded amongst the finest songs either of them has rendered, the song found an immediate and lasting connect with listeners. Other musical hits from the film that he penned were Aakde ka dhanda rendered by Rafi, and Chandi ke chand tukdon ke liye sung by Hemant Kumar.

Bawra went on to pen one soulful song after another for Kalyanji-Anandji over the next two decades, for films like Dulha Dulhan (1964), Upkar (1967), Vishwas (1969), Haath Ki Safai (1974), and Rafoo Chakkar (1975). The iconic Mere desh ki dharti from Upkar channelled the emotions of a nation that had gained Independence fairly recently. Bawra’s stirring lyrics combined with the lilting music, and singer Mahendra Kapoor’s inspiring tones, created a classic that remains evergreen. Incidentally, Bawra himself had experienced the trauma of Partition first-hand; his parents were killed in the accompanying riots, and he and his brother were able to hide in a field and later escape to India in a military truck.

While Bawra thrived in the 70s, the 80s proved to be challenging with an overall drop in quality of storylines as well as the emergence of disco. There was not much space for gentle nuance in this changed world with its changed expectations. Nevertheless, he penned lyrics for films such as Chor Pe Mor (1990), Indrajeet (1991), Qurbani Rang Layegi (1991), Laat Saab (1992), Tehkiqaat (1993),  Maidan-E-Jung (1995), and Haqeeqat (1995). Gradually, Bawra withdrew from lyric writing, by the late 80s. His last release was Zulmi (1999).

Known to be mild-mannered and fond of a good laugh, Bawra was said to hold his friends entertained with his vivid anecdotes. He was survived by his wife, Anju Bawra.

Gulshan Bawra passed away on 7 August, 2009, aged 72 in Mumbai, leaving behind a valuable musical legacy. 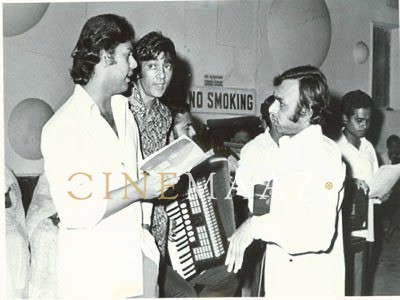 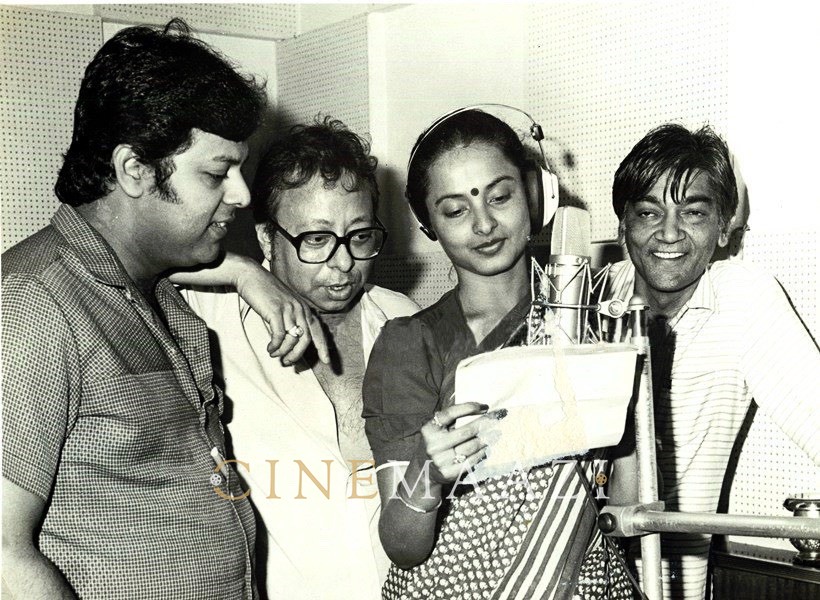