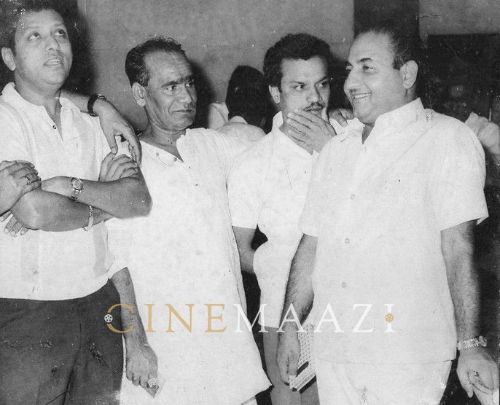 Poet and lyricist Asad Bhopali penned some evergreen numbers such as Woh jab yaad aaye bahut yaad aaye and Mere dil mein halki si (Parasmani, 1963), Sau baar janam lenge (Ustadon Ke Ustad, 1963), Dil ka suna saaz tarana dhoondega (Ek Nari Do Roop, 1973), and Mere rang mein rangne wali and Dil deewana bin sajna ke maane na (Maine Pyar Kiya, 1989). Writing approximately 400 songs for more than a hundred films through the 50s up until the 90s, many of his songs went unnoticed as they featured in B films, and, unlike other established lyricists of the time, he did not land many high-end films. His contribution as a lyricist is nevertheless undeniable, and The Encyclopaedia of Hindi Cinema describes him as one of the “few names that stand out for their contribution to Hindi film lyrics”.

He was born Asadullah Khan on 10 July, 1921 in Bhopal, the eldest child of Munshi Ahmed Khan, a teacher of Arabian and Persian languages. Completing his basic education from Bhopal, he used to write and recite his verses at his college gatherings and mushairas. Asad was learned in Persian, Arabic, Urdu and English. In the year 1949, he was spotted by the Bombay-based film producer duo Fazli brothers. They were on the lookout for new lyricists for their film Duniya (1949), following the migration of their film’s lyricist Aarzoo Lakhnavi to Pakistan following Partition. On the recommendation of Sugam Kapadia, a businessman who owned a few cinema theatres in Bhopal, the Fazli brothers organised a gathering of poets on 5 May, 1949, at Kapadia’s Bhopal Talkies, to tap the talent of the state. Asad performed impressively here, and was invited by the producers to Bombay. Thus did Asad Bhopali, aged 28, travel to Bombay on 18 May, 1949, to become a film lyricist.

Bhopali went on to pen two songs for Fazli Brothers' Duniya (1949), namely Rona hai to chupke chupke rendered by Mohammad Rafi,  and Armaan lute dil toot gaya sung by Suraiyya. The following year, he wrote songs for a few films such as Nirdosh (1950) and Aadhi Raat (1950), which were rendered by Lata Mangeshkar and Shamshad Begum. His big break came with B R Chopra's Afsana (1951), for which he penned six songs. Woh paas reh kar bhi paas naheen rendered by Lata Mangeshkar, and Qismat bigdi duniya badli sung by Mukesh became very popular and Asad had made his name as a songwriter.

However, despite the success of Afsana, he was not deluged with work offers. Asad wrote just one song for Rajput (1951), which was rendered by Madhubala Jhaveri. In the shadow of well-established poets, work did not come by easily. However, he accepted all offers that came his way. Perhaps his most successful work—Parasmani (1963) came by many years later. For this debut film of composer duo Laxmikant- Pyarelal. Asad penned the cheery Hansta hua noorani chehra as well as the plaintive Woh jab yaad aaye bahut yaad aaye, both of which became hits instantly.

Bhopali scored a big hit with Rajshri’s Maine Pyar Kiya (1989), which was to be his last film. His lyrics for songs such as Kabootar ja ja ja, Mere rang mein rang ne wali, and Dil deewana bin sajna ke maane na became hugely popular. His lyrics were testament to his capacity to evolve with the changing times. The music of this Salman Khan-Bhagyashree starrer broke all records and became a runaway hit. As destiny would have it, shortly after Asad went on to suffer a severe paralytic stroke. As his condition deteriorated by the day, he was moved by his family to Bhopal. Asad Bhopali passed away on 9 June, 1990. His song Dil deewana bin sajna ke maane na had won the prominent Filmfare award in the Best Song category. He could not be present to receive the honour. Rang Bhoomi (1992) for which he had penned lyrics, released after his death. In 1995, a collection of his poetry, Roshni, Dhoop, Chandni, was published by the Urdu Akademi of Bhopal.

While Asad Bhopali had penned approximately 400 songs for over a hundred films from 1949 to 1990, he was overshadowed by top lyricists of the time such as Majrooh Sultanpuri, Sahir Ludhianvi, Jan Nisar Akhtar and Rajendra Krishan. Even as filmmakers opted for the bigger names, he had to be content with smaller films, and a few songs in big productions.

On the personal front, Asad Bhopali had married twice. He had two sons, Taj and Taabish, and six daughters from his first marriage, with Ayesha. Ghalib Asad Bhopali, his son from his second wife, became a film writer and lyricist who wrote films such as Bhindi Bazaar Inc (2011) and Mumbai Mirror (2013). Asad Bhopali's younger brother Qamar Jamaali also became an Urdu poet. 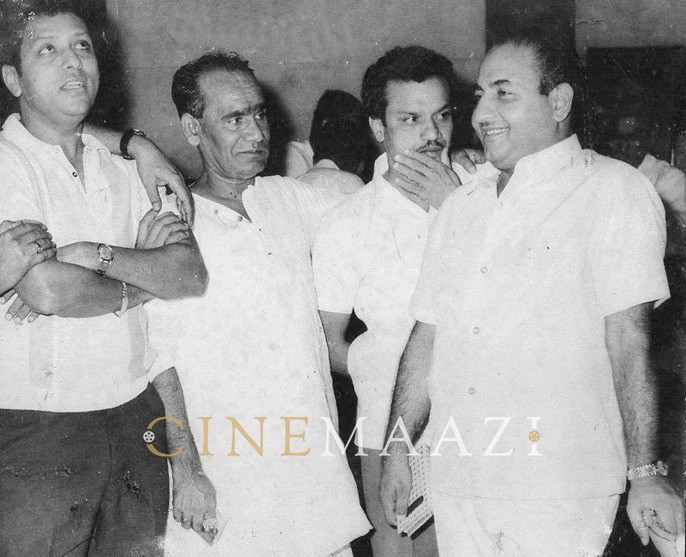