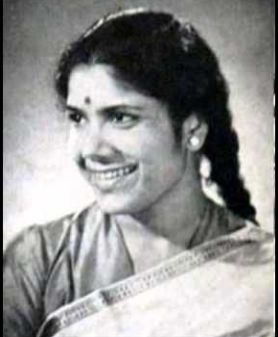 Playback singer of the 1950s, Madhubala Jhaveri is known for songs such as Peepal ki chaon tale from Chaar Chaand (1953), Kyon dil pe rakha haath hai from Darbaar (1955) and Tera mera janam ka hai saath re from Aastik (1956). Introduced into the industry by music director Hansraj Behl with films such as Rajput (1951) and Apni Izzat (1952), she sang the duet with Talat Mahmood - Dil mera tera deewana and the solo Meethi meethi loriyaan, which were well-received. She also rendered duets with singers Manna Dey, Mohammad Rafi, S Balbir, Harish, Sudha Malhotra, Geeta Dutt, Iqbal, Shamshad Begum and Khurshid Bawra in the course of her career.

Hailing from a well-known family of musicians and dancers, her mother Shrimati Hirabai Jhaveri and her aunt Sharmala Malgaonkar were both singers of renown frequently heard on All India Radio. However, it was only after Madhubala completed her Matriculation that she seriously gave thought to making a career in music. She began studying classical music but gave up soon when she discovered the amount of labour and concentration it involved. Instead, she then decided on the J J School of Arts.

However, playback singing beckoned and she recorded her first song for the film Bhoole Bhatke (1952) under the baton of music director Manohar Arora. However, the film was delayed and her first film to be released was Rajput (1951) in which she sang four songs under music director Hansraj Behl. Behl was composing the music of Apni Izzat (1952) at the time and decided to use her voice. Madhubala Jhaveri went on to make an impressive debut with the film and her well-rendered songs had the industry taking notice of her. She went on to lend her voice to many established stars, and for a time, was considered ‘another Lata’, no less.

She had a sharp, high-pitched voice with distinctive enunciation that sounded sweet and pleasing in lower notes, but could also sound shrill in the third octave. Most of her memorable songs were duets with Talat Mahmood; the contrasting timbres of their respective voices made them perfect collaborative vocalists.

Jhaveri’s key songs include Mai ghata tou sawan from Jaggu (1952), Jayega jab yahan se kuch bhi na saath hoga with Mohammed Rafi from Moti Mahal (1952), Ja re ja nindiya ja with Lata Mangeshkar from Jhanjhar (1953), Thehr zara o jaanewale with Manna Dey and Asha Bhosle from Boot Polish (1954), and Aye zamane bata with Talat Mahmood from Dost (1954).
Enjoying an active singing career during the decade of the 50s, she worked with many mainstream music directors of that era. Madhubala Jhaveri sang around 100 songs in 52 Hindi films. Out of them, as many as 42 songs in 13 films were under the music direction of Hansraj Behl, who was her mentor in shaping her playback singing career.

In 1958, she married Madan Mohan Chawla, by which time, her career as a playback singer in the Hindi film industry was on a decline. By the start of 60s, her career had virtually ended, though she did have songs in Apsara (1961) and Murad (1961). Her next and last film was London Express (1968). However, she continued to sing for Marathi films and also a few Gujarati films.

Madhubala Jhaveri passed away on 11 September, 2013.