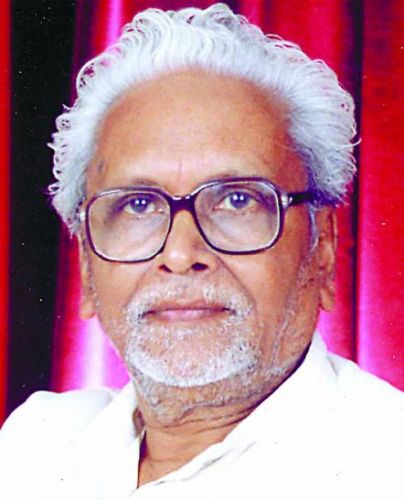 Born Nand Ramdas Dwarkadas Bairagi on 10 February, 1931, he came to be popularly known as ‘Balkavi’ Bairagi after he penned some classic poems during his childhood. Obtaining his post-graduate degree in Hindi from Vikram University, Ujjain, he composed several Hindi poems and wrote extensively for children. He wrote in the style of Uttar Chhayawadi (post-romantic) poets, best represented by poets such as Rameshwar Shukla ‘Anchal’, Shivmangal Singh ‘Suman’, and Pandit Narendra Sharma. In fact, his poem Jhar gaye paat, bisar gayi tehni (The leaves have fallen, the branch has forgotten) is regarded by many Hiindi poets, as a masterpiece. He was a crowd-puller at Hindi poetry gatherings drawing attention with his compelling and dramatic recitation style. People were known to wait hours to listen to him at gatherings. He was also awarded the Rashtrakavi Pradeep Samman by the department of Culture, Government of Madhya Pradesh.

Bairagi also enjoyed a successful career as a politician. Affiliated to the Indian National Congress, he was elected to the Madhya Pradesh Legislative Assembly from Manasa twice, in 1968 as well as in 1980. In the course of his political stint, he served as Minister of State for Information, Minister of Language and Tourism, and Minister of Food and Civil Supplies in the Madhya Pradesh Government. A Member of the Lok Sabha between 1984 and 1989 during which time he represented Mandsaur constituency, he was also a Rajya Sabha member from 1998 to 2004.