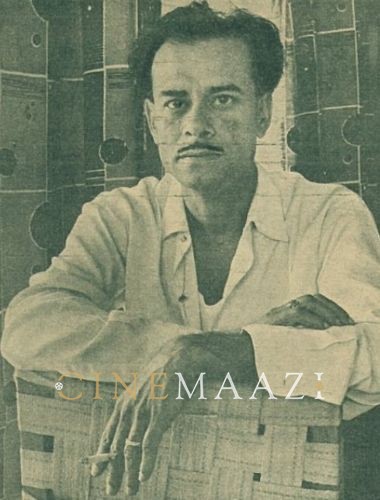 Biren Naug was born in 1920 in Mymensingh, (present-day Bangladesh) to a big family of seven members, according to a Filmfare article published in 1961. His father was a bank clerk with a remuneration of Rs 30 per month. At the age of 14, after his matriculation exams, he moved to Khulna for a year where he trained in an art school. The following year, Naug found his way to Calcutta, with no security of money, friends or relatives. Having found kind people on his way, like the vice principal of the art school he joined, he managed to graduate with a diploma in 1940. During his student life, he paid his bills in the city by working in a local cinema where he lettered the cinema show window at a salary of Rs 25 per month.

After graduation, he decided to pursue his dream of being a cinematographer. Naug’s interest in cinema goes long back when he would watch films in his hometown and loved K L Saigal and Kanan Devi. He worked as an assistant cameraman for three years, until he met the art director Bratin Tagore.  Tagore encouraged him to be an assistant art director, recognising his skill. After working on a couple of pictures as an assistant art director, Naug made his debut as an independent art director with the film Arakshaniya (1948). During this time, he worked in several Bengali, Oriya, Hindi and Assamese films. He, along with his friends, produced Jighangsha in 1951, soon after which he moved to Madras.

In Madras, he worked in Narasu Studio for a year before making his move to Bombay in 1953. Once in Bombay, he worked with Hemen Gupta in Meenar(1954), Raj Khosla in CID (1956), Mahesh Kaul in Talaq (1958) and Sautela Bhai (1962). He collaborated often with Vijay Anand in films such as Nau Do Gyarah (1957), Kala Bazar (1960) and Tere Ghar Ke Samne (1963).  Sharing a similar grounded approach to the projects, Guru Dutt and Naug collaborated in some projects such as Pyaasa(1957), Sahib Bibi Aur Ghulam (1962) and Chaudhvin Ka Chand (1960). He won the Filmfare award for Best Art Director for his work in Chaudhvin Ka Chand.

In 1962, Naug put on the director’s hat with the film Bees Saal Baad, starring Waheeda Rehman and Biswajeet, for which he was nominated for the Filmfare Best Director award. He also made the Hitchcockian thriller Kohraa in 1964 with the same leads.

Naug believed that art direction added to the illusion of the narrative in a way that helped to convince the audience to suspend their disbelief even if only for the duration of the film. According to him, an art director’s role was in collaboration with the director, but also with the costume designer and make-up artist, as they were all creating the make-believe world for these characters. He was deeply thoughtful and devoted to his craft and was immersed in his work of creating and understanding the story to ensure the quality of the film. Naug passed away in 1964.