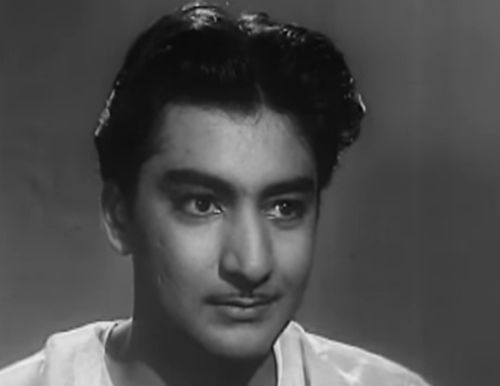 Veteran filmmaker Brij was born as Brijmohan Sadanah on 6th October 1933 in Gujranwala, Punjab which is now in Pakistan. His family moved to Meerut after the Partition. He made numerous box-office hits in the 60s and 70s though his name is shrouded in tragedy today.

Devendra Goel was married to Raj Kumari, Brij's sister, and gave him the opportunity to join the Bombay film industry. Brij made his directorial debut with the 1959 release Nai Raahen which starred Geeta Bali, Ashok Kumar and Anoop Kumar. In 1963, he produced and directed the successful film Ustadon Ke Ustad starring veteran star Ashok Kumar, Pradeep Kumar, Shakila, Johnny Walker and Anwar Hussain. It was very well received by the audience and with it, Brij had arrived as a filmmaker. Brij can be credited for popularising the romantic thriller subgenre in Hindi film by making Yeh Raat Phir Na Aayegi (1966), Night In London (1967), Victoria No 203 (1972), Chori Mera Kaam (1975), and Bombay 405 Miles (1980).

He cracked the perfect formula for entertaining films - it needed an idealist hero, a nefarious villain, some family drama, a balanced dose of romance and action to keep the audience on the edge of their seats. Brij also had a good sense of timing in terms of placing a song-dance sequence within the narrative. Although the success of his films didn’t ride on the use of A-rated stars, Brij still worked with some of the most prominent names of the Hindi films industry of the time- Dharmendra, Vinod Khanna, Rajesh Khanna, Hema Malini, Zeenat Aman and Helen. Brij also had many collaborations with the composer duo Kalyanji-Anandji and Devendra Goel. Another frequent face in Brij's movies was Anwar Hussain, brother of the famous star Nargis, as they shared a close relationship.

Two of his 1969 films Do Bhai and Yakeen have a connection apart from being directed by Brij. Do Bhai was written by Salim Khan and the story of Yakeen was penned by Javed Akhtar, and both were at the initial phase of their careers. Later, the two joined forces to become a formidable writer duo, writing some of the most popular films of the 70s, however it was through Brij’s films that they took their first steps. Brij also played the role of a police inspector in Do Bhai. He also appeared on screen in Devendra Goel's Vachan (1955) and Night In London.

As it happened in his films, his real-life had a similar stormy romance with actress Sayeeda Khan. She was introduced by H S Rawail in the 1961 film Kaanch Ki Gudiya alongside Manoj Kumar. The two got married despite family opposition and had two children Namrata and Kamal. Kamal Sadanah made his debut as an actor with Kajol in Bekhudi (1992). Brij resorted to alcoholism in order to deal with the box-office failure of his films which led to several problems with his family. The couple had a turbulent relationship and on one occasion, Sayeeda left their bungalow and went to their apartment in Carter road. An intoxicated Brij followed and threatened her by shooting in the air. Saeeda found support in her friend Nargis who got the weapon confiscated but later during Punjab-Khalistan turmoil, he got his gun back for safety purposes.

The failure of his films Magroor (1979), Oonche Log (1985) and the demands of an unforgiving film industry caused him to become a recluse and suffer from severe mental health issues. On the night of his son, Kamal Sadanah’s birthday 21 October 1990, Brij committed suicide after shooting his daughter and wife and injuring his son. Many have later come forward to attribute this horrific tragedy to his deteriorating mental health.

Unlike his films, Brij and his family didn’t get a happy ending. In 2003, Kamal Sadanah remade his father’s superhit film Victoria No 203 and continues to carry on Brij’s legacy of rich films.

Cinemaazi thanks M N Sardana for the information provided