“Yakeen” is a suspene thriller of the nuclear age and depicts in dramatic fashion the behind-the-scenes story of our scientists at work to make India a powerful nation.

Rajesh, (Dharmendra) a young scientist works in an important capacity as the assistant to Dr. Sharma. Both of them are secretly experimenting on a project which will enhance India’s military importance.

During the experiment Rajesh is hurt and rushed to Hospital and Dr. Sharma grants him a fortnight’s leave, during which time he gets engaged to Rita, (Sharmila Tagore) the girl he loves. They go on a picnic together one day, and get caught in a rainstorm. When the car breaks down they have to spend the night together in a little hut.

In the night he gets a strange phone-call, ordering him to get back to work with Dr. Sharma immediately. Puzzled and disappointed, Rajesh manages to drop Rita home, and heads straight for headquarters.

He enters—only to find Dr. Sharma murdered! The police move in, and Rajesh is badly involved. Mr. Roy the Chief of Intelligence suspecting the hand of an underground organization in this murder, chalks out a plan. But the plan misfires completely. Rajesh is whisked out of the country by his enemies and in his place, another man is sent who is made to resemble Rajesh’s face and figure.

Garecon is so thoroughly prepared to pose as Rajesh that he even feigns to have lost his voice so as not to be recognized as another man. This stranger’s mission is to blow up the laboratory of the late Dr. Sharma in order to give India a major setback in important research.

The date is set. Everything is ready. But the going is not as smooth as expected. Rita is pregnant after the crucial evening in the little hut, and her mother is naturally most insistent about hurrying up her marriage with Rajesh!

There is a back-alley nightclub here where Rajesh takes shelter and an Indian, a Sardarji, helps him to escape and get back to India.

Rita meanwhile, is all set to marry the man she thinks is Rajesh. Everyone is present at the wedding ceremony including Mr. Roy, his assistant and their friends. When the bridegroom does not turn up Rita breaks down completely and confesses that the man concerned is not Rajesh!

Rajesh reaches the Laboratory on the very day that it is about to be blown up and comes face todace with Garecon. They fight it out one trying to save the Laboratory, the other to destroy it.

Mr. Roy telephones the Laboratory immediately. Finding something wrong there, all of them rush to the place to find two identical-looking men fighting it out to the finish. . .

On this thrilling and suspenseful note we leave you now. To really enjoy the thrills and excitement of “Yakeen”, you will have to see it to the end. 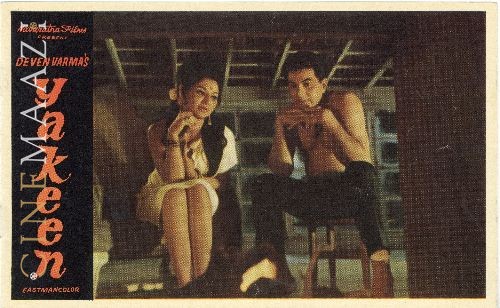 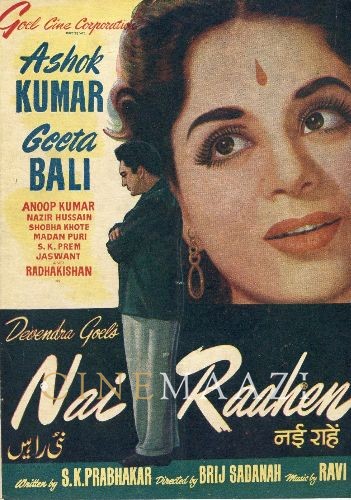 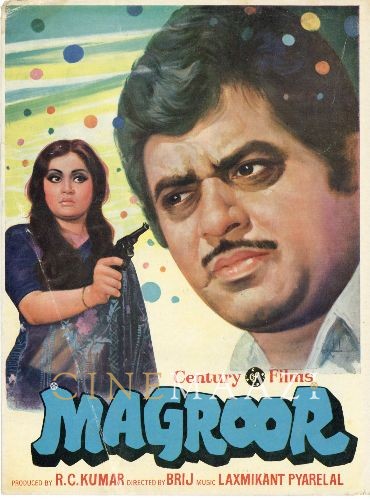