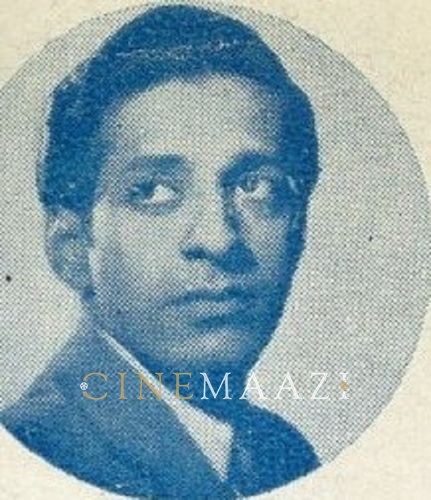 The craggy terrain of Sholay (1975), captured in all its brutal beauty, a veritable Indian wild west hiding within its folds the terrifying bandits led by Gabbar Singh is imprinted in the minds of every film lover. The western-inspired camerawork with just the right balance between distant long shots and discomfiting close-ups was the handiwork of ace cinematographer Dwarka Divecha, who was already an industry veteran of three decades by then.

Dwarkadas Divecha was born in Bombay on 19 March 1918. Very little is known about his early life. But the first film accredited to his name was A R Kardar’s Sharda (1942), followed by Sanjog (1943). However, the first notch on his belt was M Sadiq’s blockbuster hit Rattan (1944). Divecha displayed great control over his craft while shooting this musical masterpiece. After films like Nai Reet (1948), Jeet (1949) and Paras (1949), the next big hit of his career arrived in A R Kardar’s Dillagi (1949). Following this, he continued his collaboration with Kardar in films like Dil-e-Nadaan (1953), the Kishore Kumar comedy Baap Re Baap (1955), Yasmin (1955) and Do Phool (1958). He won the Filmfare Award for Best Cinematography for his work in the costume drama Yasmin. In later years he would work extensively with L V Prasad and Lekh Tandon. The successes kept coming in the form of Solva Saal (1958), Chhoti Bahen (1959), Sasural (1961), China Town (1962), Professor (1964), Amrapali (1966), Jhuk Gaya Aasmaan (1965), Prince (1969) and Khilona (1970). By this time, Divecha was a master of shooting lavishly mounted studio spectacles. His skill was in ample display in Sushil Majumdar’s Lal Patthar (1971). For Amrapali he reportedly used three different sets of lights to shoot Vyjayanthimala to achieve the desired effect.

With such a resume behind him he was the perfect choice the undertake the arduous task of shooting Sholay (1975) which took nearly two years to complete. Ramesh Sippy has spoken of Divecha’s supreme confidence and composure behind the camera. His is an unsung contribution behind the masterpiece that was Sholay. He was also Shammi Kapoor’s cinematographer of choice for his directorial debut Manoranjan (1974) which despite its progressive stance failed at the box office. His last film was the Anil Ganguly directed Trishna (1978).

The master cinematographer passed away on 5 January, 1978.