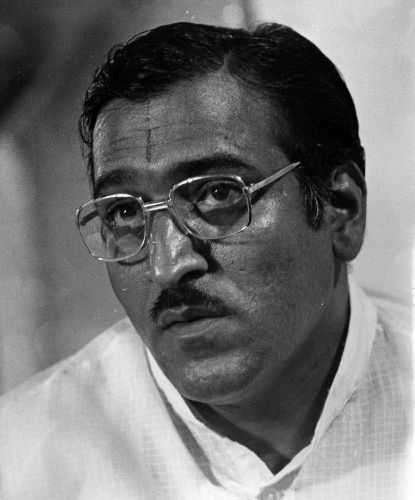 Born on 23 July 1947 in what was then Bombay Presidency, Mohan Agashe was interested in theatre from a very young age. The theatre played a formative role during his schooling, and he was soon enlisted as a child artist in Sai Paranjpye’s group, ‘Children’s Theatre’, a group that received accolades even from Jawaharlal Nehru. Agashe’s high grades in school meant that he could go to medical college, even though it stretched the means of his family. It was there that he met artists and fellow doctors like Jabbar Patel and Satish Alekar among others. They became part of the Progressive Dramatics Association, and together, they founded the Theatre Academy in Pune. Mohan Agashe played the role of Nana Phadnavis in Theatre Academy’s controversial stage production of Vijay Tendulkar’s Ghashiram Kotwal. This play proved to be so popular it ran for years, and through the reach of the play, Agashe came in touch with many great Indian filmmakers like Satyajit Ray, Shyam Benegal, Mira Nair, and Gautam Ghose.

Soon, he made an entrance into films with the Marathi-language film Samna (1975), directed by Jabbar Patel. In the same year, he appeared in Hindi cinema for the first time with the Shyam Benegal film Nishant (1975). Over the next few decades, Mohan Agashe continued to appear in national and international critically acclaimed films like Aakrosh (1980), Richard Attenborough’s Gandhi (1982), Bhumika (1977), Satyajit Ray’s telefilm, Sadgati (1981) and Mira Nair’s Mississippi Masala (1991). He continued both his work with theatre as well as his practice of psychiatry alongside. From the eighties onwards, Agashe started acting in a new medium: television. He continues to appear in television films and series in various languages to this day.

For his outstanding contribution to the field of theatre, Mohan Agashe was awarded the Sangeet Natak Akademi Award in 1996, and the Padma Shri award in 1990 in the field of Arts. Most recently, Agashe brought his flair to the role of the Defence Minister Shastri in Rang De Basanti (2006), and has returned to the screen as the Prime Minister in Yeh Hai India (2019). Agashe has also turned his hand to production with some Marathi-language films, the latest of which is Dithee (2019). At present, Agashe continues to live and work from Pune.