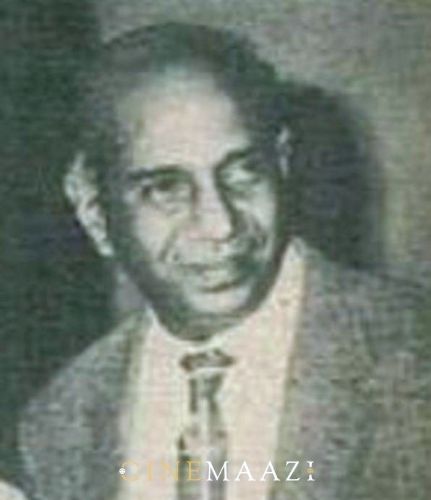 Filmmaker Ravindra Dave directed approximately 30 Hindi films and also introduced many gifted talents to the big screen. Active in Hindi cinema in the early 1950s to late 60s, he is known for films such as Nagina (1951), Agra Road (1957), Post Box 999 (1958), Satta Bazaar (1959), Dulha Dulhan (1964), and Raaz (1967). Dave went on to deliver fairly enjoyable films in different genres, from social dramas, to comedy, mythologicals, and patriotic films. He was however the expert when it came to murder mysteries, which led to his being dubbed the Alfred Hitchcock of India. After a long and successful innings in Hindi films, he enjoyed further success in Gujarati cinema, delivering hits such as Raja Bharathari (1973), Hothal Padmani (1974), Kunvarbai nu Mameru (1974), and many more. As a producer, director, production manager, editor, and screenplay writer he brought value to Hindi cinema and also played a key role in reviving Gujarati cinema in his second innings. He thus carved a successful career in both Hindi and Gujarati cinema, over the course of his career that lasted approximately four and half decades.

Born in Karachi on 16 April, 1919, his formative years were influenced by his maternal uncle, Dalsukh Pancholi, who was a prominent film producer. Started his career at age of 14 as Production Manager of Punjabi films, he learnt to handle the production management of several films, besides learning film editing skills from Shaukat Hussain Rizvi. Ravindra was just 23 when he was given a break by his uncle, Pancholi to handle the direction of a film. Thus did Dave make his directorial debut with Poonji (1943), co-directed by Vishnu R. The film, which revolved around the entertaining story of three sisters who want to prevent their old father from remarrying, was a thumping success and also won good reviews.

Dave’s next, Dhamki (1945) was a solo directorial effort and he proved his mettle with this suspense thriller. Influenced by Hollywood’s Noir cinema, the crime drama impressed. While Dave went on to deliver good films across genres such as social dramas, comedy, mythologicals, and patriotic films, he showed mastery in the suspense crime thriller genre, leading him to be called the Alfred Hitchcock of India.
Among the many films he directed, the social drama Meena Bazaar (1950) was seen by critics to portray human drama as it is supposed to exist in the private lives of those players who face the footlights, while his Nagina (1951) was considered too frightening for children and was assigned an ‘Adult’ certification. This horror film gave the 15-year-old Nutan her first big break. Dave’s crime thrillers include Motimahal (1952), Char Minar (1956), Agra Road (1957) in which he introduced Vijay Anand as the hero, Post Box 999 (1958) which was inspired by the Hollywood film noir Call Northside 777 (1948). Directing several films for Pancholi Films, Ravindra branched out in 1956 launching his own banner Nagina Films, making many successful films such as Satta Bazaar (1959) starring Balraj Sahni and Meena Kumari, and Dulha Dulhan (1964) featuring Raj Kapoor and Sadhana for the first time.

He diversified into Gujarati cinema directing Jesal Toral (1971), which turned out to be a huge hit, reviving the Gujarati film industry itself. It also won 17 Gujarat state government awards. Its success brought into focus the potential of the Gujarati film market. Fondly known as Bapa by the Gujarati film fraternity, Dave played a key role in refurbishing the hackneyed cliches and techniques of filmmaking in Gujarati cinema. Updating the technology available, he made his first Gujarati film in Eastman colour and not in black and white. He directed a string of silver jubilee hits such as Raja Bharathari (1973), Hothal Padmani (1974), Kunvarbai Nu Mameru (1974), Shetal Ne Kanthe (1975), Malavpati Munj (1976), Bhadar Tara Vehta Pani (1976), Son Kansari (1977) and Patali Parmar (1978). He became known for setting—and breaking—his own records in Hindi and Gujarati cinema. This was no surprise considering Dave had nearly two decades of experience in Hindi films, sharp knowledge of the craft, of keeping audience attention, and also of the art of editing, as well as the economics of filmmaking. The last Gujarati film he directed was Malo Nagde (1985).

While Dave gave Gujarati actor Upendra Trivedi a break and went on to work with him in no less than 16 films, he also helped launch the career of Manna Dey as music composer in Naina (1953). Dave introduced newcomers Anju Mahendru and Dev Kumar in his last Hindi film, Road to Sikkim (1969). He also introduced the Maharaja of Sangli, Vijaysinghraje Patwardhan, who is the father of actress Bhagyashree of Maine Pyaar Kiya (1989) as a music director.

Dave’s pursuits included a passion for vintage cars, as well as modern luxury cars, while his creativity found expression in carpentry, painting, and sculpting. Reading, exploring the folklore of Gujarat, and sampling good food were among his other interests. 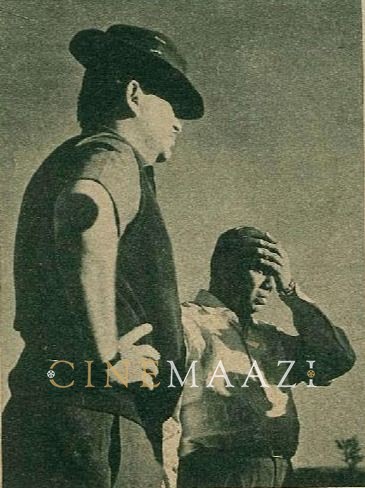 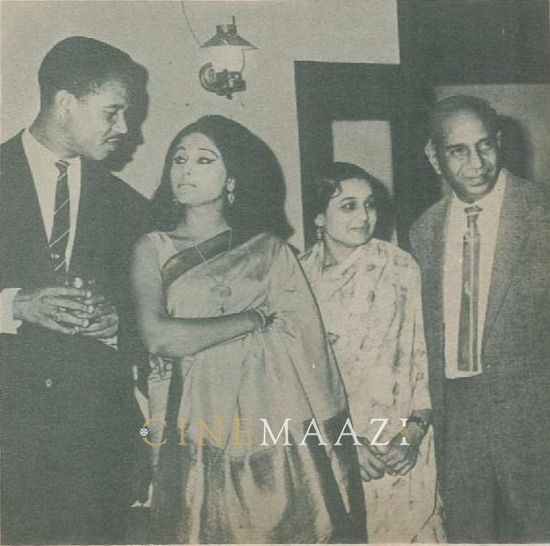