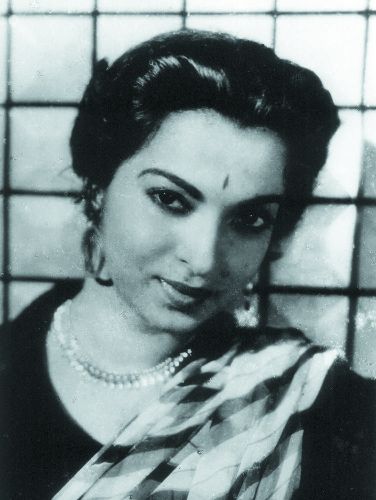 Dark, mysterious eyes in focus, darting left and right, till the camera eventually allows a complete glimpse of the alluring nightclub dancer… Sheila Ramani is best remembered as the stunning Sylvie of Taxi Driver, perhaps overshadowing the actual heroine of the film. Unfortunately, her sensuality was to be a deterrent in fitting into the image of the chaste Hindi film heroine of the day.

Born on March 2, 1932, in Karachi, in what was then undivided India, Sheila Ramani was selected as Miss Mussoorie 1948 and adjudged Miss Simla 1950. She made her debut as Champa, the femme fatale of Badnam (1952). The film co-starred Shyama and Balraj Sahni. A critic wrote of her performance – “Sheila Kewalramani is slightly disappointing, but the fault lies in the casting. A new artiste like her should not have been given so difficult a role.” She revealed herself as a danseuse of charm in Anand Math (1952). Despite the not too flattering reviews, Sheila Ramani did manage to catch the attention of filmmaker V Shantaram, who cast her in two of his films, which released in 1953, Surang and Teen Batti Char Raaste. In Surang, she was billed as Sheila Ramani, second to heroine Shashikala. She played a hard-hearted, unkind woman who couldn't care less about the pitiful condition of the quarry workers. Ramani herself was quoted saying, “The film wasn't Shantaram's best! I was quite a nasty chick in that one.” The film was panned but fortunately, Teen Batti Char Raaste fared better. Ramani played the Sindhi daughter-in-law of the house, which was depicted as a mini India with its occupants hailing from different parts of the country.

Sheila Ramani hit the bullseye with the Navketan production, Taxi Driver, which was an urban crime drama. She made the most of her meaty role, winning applause and outshining her co-stars Dev Anand and Kalpana Kartik. As Sylvie, the nightclub dancer who saves the day is magnetic in her four solo songs which were filmed on her.

She was one of the few Sindhi actresses besides Sadhana, who made it big in the Hindi film industry. She was mostly seen as the upper-class mod girl in the 50s, a role she enacted to perfection all through that swinging era in films like Sheikh Mukhtar's Mangu (1954), Meenar (1954), Railway Platform (1955), and Funtoosh (1956). So much so that when she did play the more conventional Hindi film heroine in films like Bimal Roy's Naukri (1954), she wasn't really convincing. She did, however, set the stage for the urban, modern heroine.
On the request of her uncle Sheikh Latif alias Lachchu, a famous Pakistani producer, she visited Karachi to play the lead in Pakistani film Anokhi (1956). The film was based on Hollywood's Fabulous Senorita. The film did modestly to good business in Pakistan. Sheila returned to India and remained a mid-range performer in films. In the latter part of her career, she was reduced to obscure films with titles such as Jungle King (1959), and The Return of Superman (1960). In all, she acted in 24 films. Her last film was Awara Ladki(1967).

Sheila was very fond of sports, especially football and swimming. Ballroom dancing was a virtual addiction for her and she used to go out dancing as often as she could. Sheila was 5'4” tall and was so fastidious about her appearance that she wouldn't repeat a dress for at least six months.

According to her son Rahul Cowasji, she married Jall Edi Cowasji on March 31, 1963. Part of her family that remained in Pakistan converted to Islam; however, she was a Hindu. She lived in Mumbai with her husband Jall Cowasji (President of Bombay Dyeing) till 1981. They moved to Khartoum for three years and then to Sri Lanka for three years. After her husband's death in 1984 she migrated to Australia on her own in the late 80s and lived in Sydney and Surfers Paradise until health problems required her to return to India in the new millennium. She used to live in her ancestral home in Mhow, near Indore (M.P.). She was frail and bedridden for a few years before her death on July 15, 2015.

Her personal favourite film was Taxi Driver (1954). She was also the leading lady of India's first Sindhi film after Partition – Abana (1958), in which young Baby Sadhna played her younger sister. 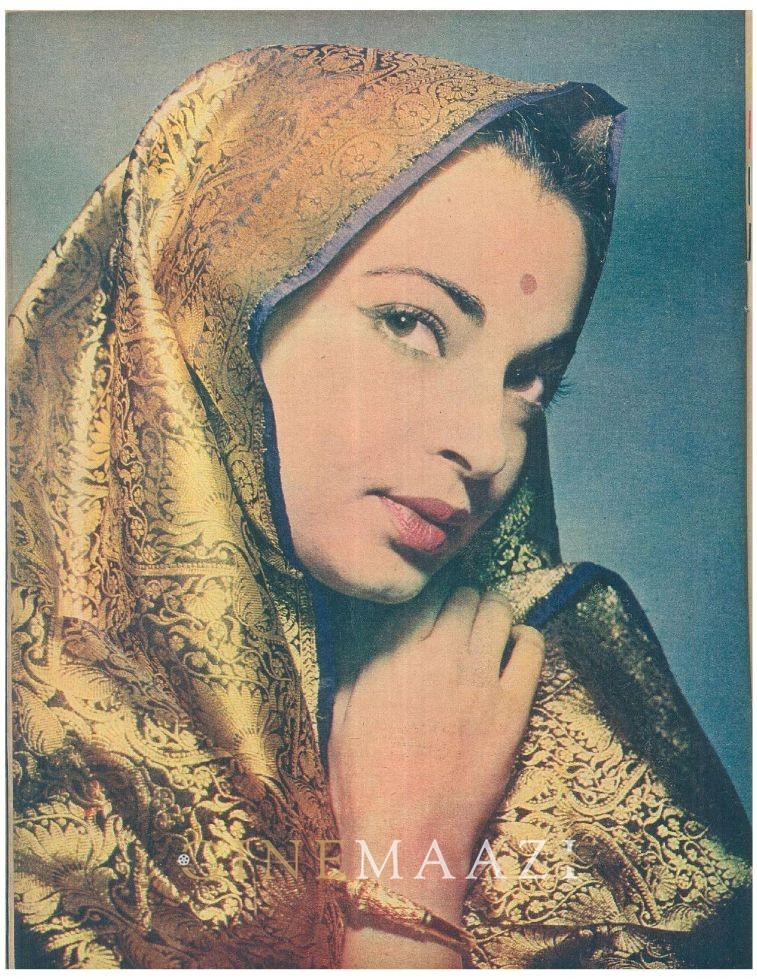