27 May, 2021 | Archival Reproductions by Gautam Chintamani 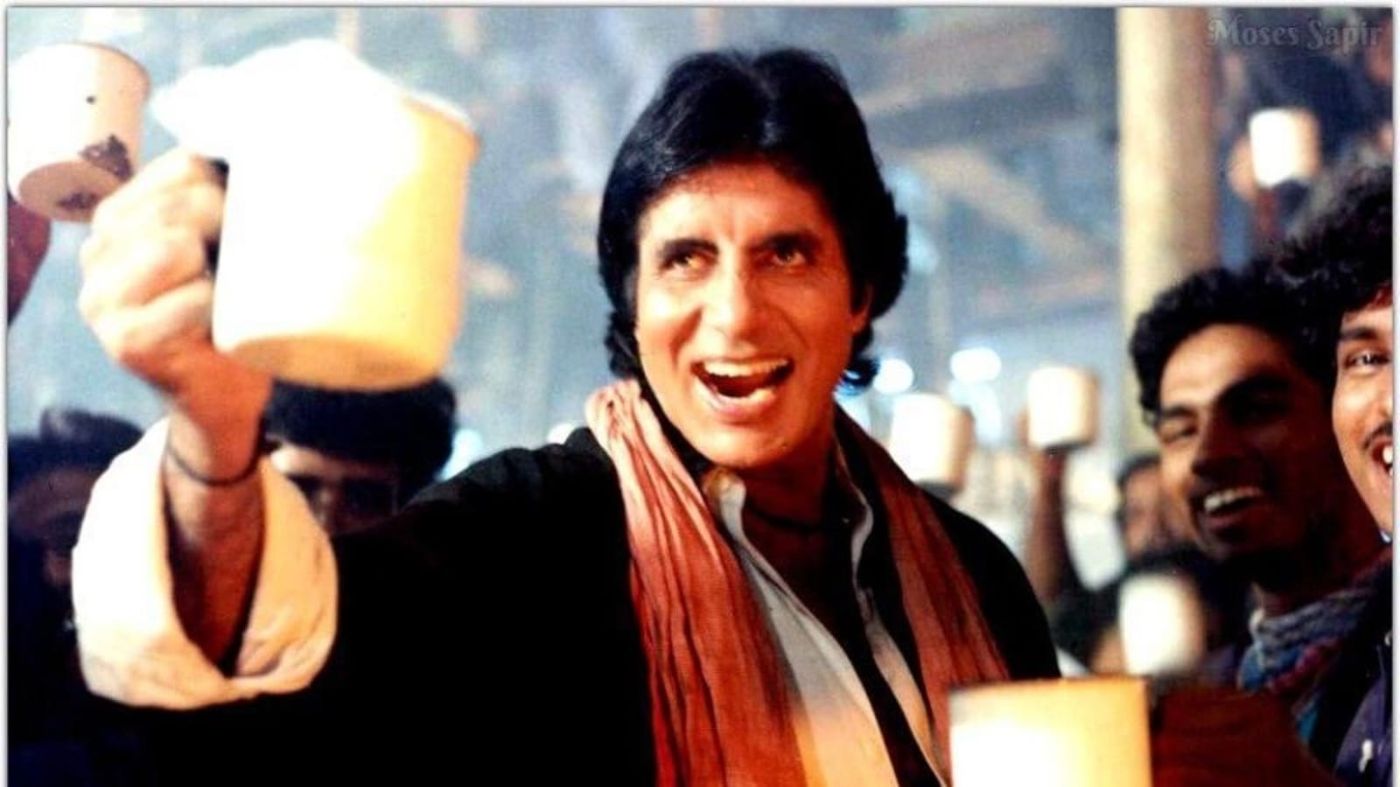 The business of song and dance has always been integral to the ethos of popular Hindi cinema.

Even after witnessing the entire parallel cinema movement of the 1970s and the independent experimental fare of the late 1990s like Hyderabad Blues (1998) and the early 2000s including Khosla Ka Ghosla (2006) and Bheja Fry (2007) to name a few, a "song-less" film continues to make news.

While one would have imagined that the so-called "new-age" filmmakers would do away with song and dance ritual, ironically enough they too seem to have taken to it.

Intriguingly enough it is a bunch of then young filmmakers from the 1980s, a decade often said to be the worst for Hindi cinema, who came achingly close to creating an environment that nearly did away with the "naach gaana".

On the face of it, there is nothing unique in the films of Mukul Anand, Vidhu Vinod Chopra, J P Dutta and Rahul Rawail that set them apart from the standard definition of Hindi films. They made some of their best films in a decade where most of the movies were escapist and run-of-the-mill.

Video piracy had reached its peak and it was almost impossible to get middle class families, especially women and children, to the cinema halls.

Most of the films were also not being able to do great business at the box office, and save a few such as Karma (1986) or Mr India (1987), and the odd Amitabh Bachchan feature, films were successful, but only in pockets.

The biggest impact that the decade of the 1980s had was on the music in films.

To get an idea of just how bad the state of film music was one needs to simply listen to any of Bappi Lahiri-Indeevar songs from this period - for instance, take one from Tohfa (1984).

It was in this kind of atmosphere that Rahul Rawail, Mukul Anand, J P Dutta and Vidhu Vinod Chopra arrived on the scene.


Voiced by Lata Mangeshkar and Shabbir Kumar, Zihal-e-miskin was composed by Laxmikant-Pyarelala for the film Ghulami (1985)
It was not like the films they made did not feature songs; in fact, Rawail’s Love Story (1981) featured a stellar score by RD Burman, JP Dutta’s debut Ghulami (1985) had the iconic Zihal-e-miskin makun ba-ranjish.

And had it not been for Vidhu Chopra’s Parinda (1989), RD Burman would have slipped into an early retirement, and later his 1942: A Love Story (1994) would go on to become Pancham da’s swansong and Mukul Anand’s Hum (1991) gave the nation a new anthem of sorts in Jumma chumma.

But a deeper look at their best films reveals how the absence of songs would not have made any difference to the narrative.

Mirroring the nuances of classical Hindi cinema where a song is ideally supposed to take the story forward, songs in Rawail’s Arjun (1985), Anand’s Agneepath (1990), Dutta’s Ghulami, Hathyaar (1989) and Yateem (1988) and Chopra’s Parinda augment the narrative. In Arjun, Mamiya kairo mama is the only song you recall and it’s the only one that needed to be in the film.

Similarly, the presence of Alibaba in Agneepath and Parinda’s Tumse milke or Kitni hai pyari pyari dosti humari can be attributed to the same reason.

Music made a comeback in Hindi cinema with the arrival of Qayamat Se Qayamat Tak (1988) and Maine Pyar Kiya (1988), and later Aashiqui (1990) and 1942: A Love Story (1994) completed the circle.
Pyar hua chupke was a hit song sung by Kavita Krishnamurthy and composed by R D Burman for the film 1942: A Love Story
Perhaps it were the market constraints - the need to put songs even if it hampers the story (like in the case of Agneepath where the songs are, in fact, the film’s weakest link) - and the lack of multiplex culture that forced Rahul Rawail, Mukul Anand, JP Dutta, and Vidhu Vinod Chopra to carry on keeping one foot in the past while they attempted to reinvent the narrative.

Even filmmakers who were known for music of their films, like Subhash Ghai, also somewhere could not imagine a film without songs or even with just a couple of them. Imagine how different Khalnayak (1993) would have been without the songs.

In addition to the songs, they were forced to include comedy tracks that stuck out like a sore thumb.

This possible new commercial Hindi cinema had been brewing since the mid-1980s with Arjun and finally came into its own with Mukul Anand’s Agneepath, which in many ways was a culmination of this thinking.

Unfortunately, the failure of Agneepath and the arrival of Aamir Khan and Salman Khan, whose breakthrough films featured a new kind of sound, put an end to this experimentation. The presence of songs and the absence of a huge segment of the family audience that had abandoned going to the cinema halls diluted the impact of these filmmakers’ films.

Moreover, by the time video piracy and the influence of abysmal films that were made around the same was overcome by the new kind of narrative that was being attempted by Rawail, Anand, Chopra and Dutta, the audiences were taken in by the romantic-boy-next-door.

This article was originally published in Daily O on 30 September 2006. The images used in the feature are taken from the internet.
377 views