This is the story of Mayur, a theatre performer, who sets out on one of the most exciting treasure hunts in the history of cinema. Coming to know that there is a great treasure buried in the building named Adumbra  in the island of Butalia, he decides to get to that treasure. There is a touch of larceny in every human heart and he is soon able to fire the imagination of an engineer (Pran), his theatre colleague Rita (Praveen Babi) and tow sea-goink young men portrayed by Ranjeet and Danny Denzongappa.

They are befriended by the city's Mayor JOJO, played by (Premnath), who however, is not aware of their plans and who is proud of the fact that no human being has been able to ever steal the fabulous treasure buried within his jurisdiction.

Mayur and Rita settle to live in the bungalow of Maya Devi played by (KaminiKaushal) and plan to dig a tunnel to the place where the historic treasure is reported to have been buried.

Maya Devi stumbles upon their plans - but keeps silent, for reasons best known to her.

To help them dig the tunnel, Mayur and his accomplices stage a sensational jailbreak and rescue four jailbirds -portrayed  byAsrani, Pantal, Mukri and Yusuf. They put them on the job of digging the tunnel secretly at night themselves join in the gigantic operations.

What do they discover under the earth as the digging progresses? How do human relationships change and how do people react under the pressure and in a mood of utter excitement? Do they finally reach the treasure? How does Mayor JOJO react when he comes to know the truth about the young souls he had befriended? And what were Maya Devi's own, personal reasons for keeping quiet, even though she knew the exciting truth about the activities of Mayur and his accomplices?

The answer to all these questions is 'CHANDNI SONA" the gorgeously produced most expensive production of recent times, shot all over the world in Bombay, Goa, Mauritius, Beirut on board a ship and under the surface of the water. Here is a spicy, exciting entertaining treasure hunt, the like of which you have never before seen on the Hindi screen. 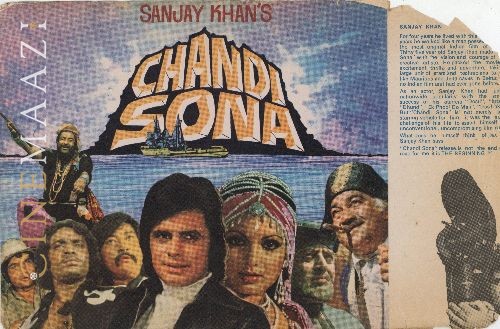 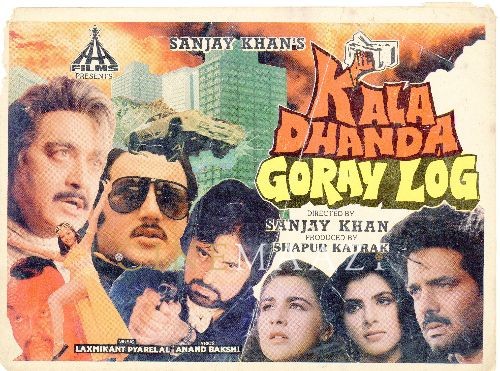