Iraada is a passionate story of perseverance, power and indomitable pluck.

Navbharat, the tallest and the most beautiful building in the country is being built in Bombay. The successful completion of this skyscraper will be ultimate personal fulfillment for its builder, RAM (Jairaj). However, there is dirty work at the crossroads in the form of DINANATH (Amrish Puri) and his associates for whom the very idea of Ram's prospective triumphs is an impossible bitter pill.

Into this scenario enters ASHOK (Shatrughan Sinha) who as Chief Engineer is energetically working to translate Ram's dream into reality. Nath's villainous plots are aided and abetted by TAKO (Ranjit), a labour supervisor on the site. Tako attempts at minor sabotage of the project meet with initial success when he engineers the murders of some key personnel at the site. While Nath skillfully manipulates the police and the press and plays on the fears of people working on 'Navbharat'.

GEETA (Moon Moon Sen) is an investigative press reporter who initially plays into the hands of her editor who, in turn, is a puppet of Nath. But Navbharat continues to grow brick by every determined brick amid these crises with the able support of Labour leader Shanker's (OM PURI) workers.

At this crucial turn, VINOD (Suresh Oberoi) joins hands with old friend Ashok to help him complete the project in time.

Nath, having exhausted his armoury of dirty tricks suddenly has a change of heart and changes sides which makes Tako very very angry.

He swears vengeance on the rest, particularly Nath.
Tako conspires to have Ashok arrested for a crime he did not commit.

On the eve of its inauguration, Navbharat faces the real danger of destruction.

A final fiery confrontation ensures in the basement of the building. 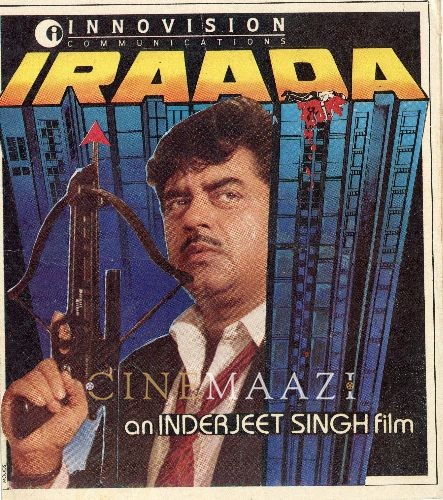