A country is known by the Nation it grows. Every nation has a few Traitors who black-face the Nation. The Government police and Patriots are busy in combing out the Traitors to saturate the Nation.

In our country too we have traitors who keep themselves employed in commissioning the acts of sabotage, exploding bombs, and disrupting the peace of nation by causing terror, behind which they for the lust of money, pass on the secrets of their country to the enemy countries as to earn huge dividends.

A musical instruments repairer Mr. Gomes has some valuable secret of thee traitors in his possession and bargains to deliver the same to the Police for consideration of handsome reward. The gang of traitors smells this secret arrangement, and ahead of Police reach Gomes at his shop to receive the secret against agreed reward in cash.

Gomes detects that the caller does not bear the identity mark. Meanwhile, one Mr. Vicky a Guitar player calls on him to take delivery of his Guitar and Mr. Gomes while delivering the Guitar hurriedly plants the secret in that Guitar. Vicky goes away. Now the Gangsters demand the secret and subject Gomes to severe torture and under agony Gomes blurts that the secret is gone in that Guitar which he delivered to Vicky.

Vicky after performance when reaches home, Gomes sitting in his room, and before Gomes could convey the secret to Vicky a bullet from outside penetrates in Gomes and instantaneously kills him. The Gangsters appear and demand the Guitar from Vicky. He breaks open the window and disappears. He brings the Police and is astonished to notice that the dead body of Gomes is not there, nor the window panes are broken through which he had escaped. He is warned by Police for making false report.

Vicky once again is chased by these gangsters, when he escapes by boarding a moving goods train. In the boggie he finds a beautiful, youthful attractive girl named Roma, they soon develop intimacy, when suddenly a bullet hits the lightened lantern which produces fire and to save lives Vicky and Roma abandon the moving goods train. Go to the city and stay in a hotel. Here Vicky befriends one Mr. Jani Bhai who is a crazy Private Detective.

Vicky and Roma while walking discover that same Gangsters are following them, they immediately enter the Carnival where a huge balloon is flying in Air tied to ground with a rope and big basket tied to it. They jump into the basket. The Gangster attacks, the rope is cut and the Balloon goes high in Air. Vicky maintains presence to mind manages to bring down the Balloon which when lands starts sinking in the quick-sand spot. With great courage and commendable efforts Vicky manages to extract himself and Roma out of the death-knell. But the dangerous thick jungle presents more terror when suddenly Vicky looks at his wrist-watch and recollects Jani Bhai who had given his watch to him for making signal by winding the watch in the event of acute danger. Vicky winds the watch, Jani Bhai picks up the signal and rushes in the director wherefrom the signal was coming; and they get back into normal life.

What SECRET was planted in the Guitar? Who was the Millionaire Father of Roma? How Police succeeded in picking up the Traitors? This all you see on the screen.

INDEED if every country could wipe off the Traitors, there will be everlasting peace and security in that country. 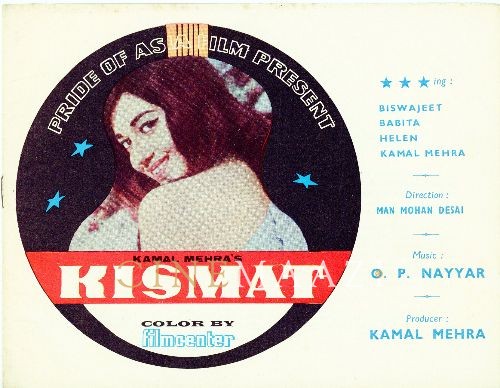