The culture of a man is known by his conduct and not by his profession. But Thakur Jaswantsingh had to pay a heavy price before arriving at this truth.

After years of pining and prayers, Jaswantsingh was bestowed with a son. But as luck would have it the hospital caught fire and in the commotion that followed Thakur's son got mixed up with another newborn child of a professional dancer. It became impossible for Jaswant and his wife to recognize their own child. On advice, Thakur thought it proper to take both lads home. Thus Thakur became the target of the society of snobs. Flanked by pride and prejudice, Thakur decided to kill both the boys. But timely intervention of his wife foiled his plan.

Thakur Harnamsingh, Jaswant's best friend advised him to leave things in the hands of time. He also promised to fix up the betrothal of his daughter with Jaswant's son.

Thakur's wife took immense care in the upbringingof both the boys, Raja and Ramesh. Years rolled by. Raja and Ramesh grew up into well-educated and well-behaved men.

When Harnamsingh returned to his home-town after years of stay abroad, he too was faced with a problem-who was the real son of Jaswant Singh?

On finding that he too had become a laughing-stock in the society and when his endurance reached the melting point, Harnam insulted Jaswant in the presence of several big-wigs of the society. With a view to save his family from further mudslinging Raja, under the cover of night left his house; but not without committing a theft. With money bulging in his pocket, Raja entered a night club deliberately became rowdy. The next morning Jaswant was informed by the Police that his son, Raja was in lock-up.

On learning this news, Jaswant felt that the bad blood had answered all his problems.

From that day Raja was disowned by Jaswant. One day Raja dashed against a car which was driven by Asha, the daughter of Harnamsingh. Though there was no casualty on either side, the accident inflicted deep wounds on two young hearts.

Not knowing each other's relations Raja and Asha pledged to marry and live happily ever after.

On the other side, Harnam and Jaswant were making preparations for the marriage of Asha and Ramesh. When Asha learned this, she enlightened her would-be mother-in-law about her love. Shocked by Ramesh's refusal Harnam collapsed and was removed to the Hospital. Here Raja donated his blood to Harnamsingh. When Harnam gained his consciousness, Doctor and Asha cleared the misunderstanding.

Impressed by Raja's sacrifice Harnam decided to give away the hand of Asha to Raja.

At a time when the marriage ceremony was being performed Jaswantsingh, all in rage, attacked Harnam, But before he could pull the trigger, Raja tried to snatch his gun. In this scuffle, Raja was injured.

When his momentary madness was over, Jaswantsingh was convinced about Raja's Nobility. Thus his wrong notions about the noble blood' were corrected. And he too admitted that it is the upbringing that determines a man's culture. And Jaswant united Raja and Asha in wedlock. 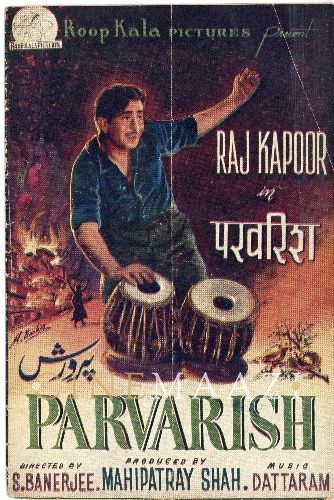