When Asha was just a child, her mother was strangulated to death by Asha’s lunatic AUNTY. The death was so horrible and gruesome that Asha never forgot that incident. Even being young and grown-up, she often had nightmares of that horrible night. During her stay in the Convent, she often used to scream in her dreadful dreams. As a result, the other girls, the inmates of the Convent complained that they were getting sick day by day and becoming scared too. The Mother Superior, who was sympathetic to Asha, advises her to go to a Psychiatirc Physician for proper treatment. This Doctor Vijay, a young man, is known to Asha and they are already in love with each other. He knows Asha’s case history and cheers her up advising her not to brood over dead matter, Aunty is long dead now.

And one night Asha atealthily leaves the Convent realizing she is going to be a frightening nuisance to other inmates.

Knowing everything, Vijay takes Asha and her room-mate friend Shobha back to her old home, where the actual tragedy happened, settling both the girls, Vijay returns.

Now Asha starts seeing the uncanny, weird face of a strange woman. She often appears before Asha in the nights and moves mysteriously. She is frightened to death and falls sick. Vijay comes again and explains it’s nothing but hallucination; but she will not listen and mentions the presence of an uncanny character around her.

Meantime, Asha’s cousin Ashok, who was settled abroad, returns home. Ashok and Vijay try their level best to cheer up Asha. A few Specialists are called and all form the opinion that Asha is having hallucination only. To erase the eerie atmosphere and to make her look as the healthy things, Ashok throws a party on Asha’s birthday.

During the party, when Asha is about to cut the cake with the knife in hand, she suddenly finds the very strange woman, who used to haunt her, coming towards her with groping hands. She gets on Asha’s nerves and Asha straightaway stabs her with the knife in hand. The woman succumbs to her injuries. The woman is reported to have come from abroad just this day, but Asha declares she is the woman who used to scare her in the night.

How it’s possible? Both the Police and Vijay are puzzled. If she has come from abroad just today, how could she appear in person before Asha often in her house? The mystery thickens. Asha is sent to Police Hospital and Vijay and the Police start probing. See now how the mystery is unfolded. 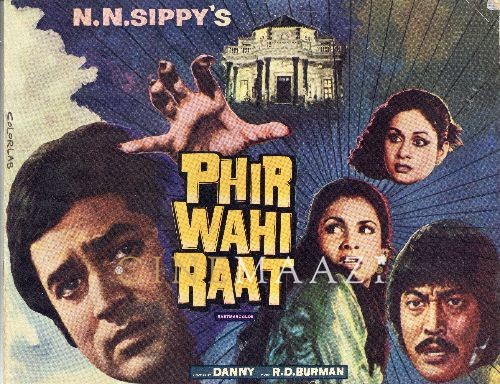