A Hindi-language remake of Asit Sen’s own Bengali film Chalachal (1956), Safar follows the lives of Neela, Shekhar and Avinash. Neela is a middle-aged woman and a successful, well-recognized surgeon. She fails to save a gravely ill patient after a surgery. Swept up in his grief, the patient’s son attacks her, calling her a murderer. This triggers a flashback, reminding Neela of her past.

As a young medical student, Neela lives with her brother Kalidas, an aspiring dramatist and his wife, Laxmi. Neela is one of the brightest students in her year. Her classmate, Avinash is infatuated with her. When he is caught sketching her portrait in class, she is embarrassed and angry. Avinash explains to her that it was not her he was sketching—she happens to resemble his muse, the woman he sketches and paints over and over again. As they talk, the two strike up a friendship.

Though Neela’s career seems set to take off soon, her family is in dire financial straits, making it difficult for her to continue with her medical degree. At her professor Dr Chandra’s suggestion, she takes up a job tutoring Montu, the younger brother of a wealthy stockbroker, Shekhar Kapoor to supplement the family income. Montu is initially resistant to the idea of having a female tutor, but soon, he warms up to her.

Meanwhile, Avinash has fallen sick, and Neela finds out that he is a destitute orphan with no living relatives. She nurses him back to health, growing to care for him in the process. As they spend more and more time together, Neela and Avinash develop feelings for each other. On the other hand, Neela has a run in with Shekhar, and he is immediately charmed by her.

Distracted from his work by thoughts of Neela, Shekhar keeps seeking ways to be alone with her, but cannot bring himself to express his feelings. One day, Neela finds a lewd photograph of a woman in Montu’s notebooks, and Mrs. Kapoor, Shekhar’s haughty mother, walks in to find Neela reprimanding Montu. Incensed, she dismisses Neela from the job. Feeling humiliated, Neela rejects Shekhar’s offer to drop her home in his car. He follows her to apologize for his mother’s behaviour, and attempts to express his love, but she stops him.

Shekhar speaks to Dr Chandra and Kalidas, announcing his intent to marry Neela. Kalidas suggests he go to Avinash, since Neela trusts his judgement implicitly. In the interim, it is revealed that Avinash is terminally ill, suffering from blood cancer. However, despite repeated entreaties on Dr Chandra’s part, Avinash refuses to be confined to a hospital bed for the last few years of his life.

When Shekhar meets Avinash to discuss the possibility of his marriage to Neela, Avinash approves of him. He finally tells Neela of his illness, and tells her to marry Shekhar and lead a happy life. Neela is in love with Avinash, however, and wants to savour the remaining moments of his life with him. Finally, bound by a promise to Avinash that she will live happily beyond his death, she agrees to marry Shekhar.

After their wedding, Shekhar and Neela are very happy. But their newly wedded bliss is marred when Shekhar gradually grows uncomfortable with Neela’s continuing friendship with Avinash. As tension builds between the two, he sends Montu to keep an eye on Neela, and suspects a deeper intimacy between Neela and Avinash when he stumbles upon her tidying his house. Unfortunately, Shekhar finds no peace at work either.

Neela is unaware of Shekhar’s troubles at work. She becomes an assisting surgeon for Dr Chandra, a development which leads Shekhar to resent her dedication to work, suspecting that this is creating a distance between them. Consumed with jealousy, Shekhar obsesses over Neela’s every move.

Shekhar’s secrecy exacts a heavy price when Neela comes to know of his troubles. She quits her training. Dr Chandra asks Shekhar whether Neela was under pressure from home to do so, further driving a wedge between the couple. Bitter and unhappy, Shekhar hurtles headlong into bankruptcy. While drinking, he chances upon a letter Avinash had forged in Neela’s hand as a prank. It details her travails at home, and Shekhar believes it to be a recent letter to Avinash, an appeal to rescue her from her marriage with Shekhar.

At Avinash’s house, Neela tells him about the problems in her marriage. Avinash advises her to let go of her pride and be the companion that the floundering Shekhar sorely needs. When she comes back home, Shekhar is behaving strangely: he embraces her, and then tells her to leave him and marry Avinash instead. To Neela’s shock, he commits suicide by drinking poison.

Since Neela had handed him the glass of medicine, she is charged with conspiring to murder him, but is acquitted when Mrs. Kapoor defends her. She starts working at the hospital again. While she is there, she finds out that Avinash had left before Shekhar’s death, hoping to prompt reconciliation between Shekhar and Neela. Now, he is on his deathbed at the hospital, waiting to see her. While Neela is occupied with another patient, Avinash breathes his last. A distraught Montu accuses her of having killed him, bringing the story full circle. As Neela’s flashback ends, we are told that Montu has left the country, a successful young man, and continues to keep in touch with her. 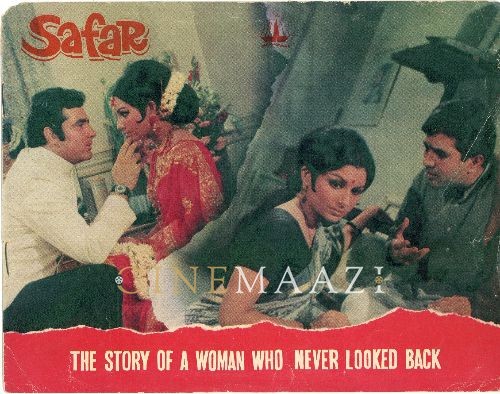 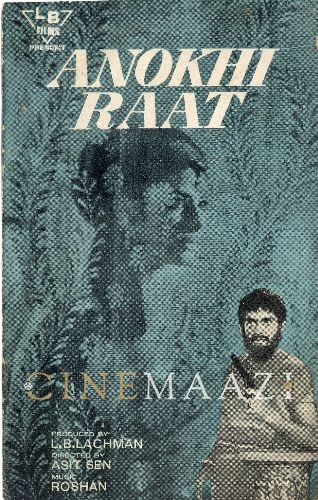