He is Anand, sentenced for life for a double murder. All the dens of crimes and houses of sin, bars and brothels, prostitutes and their pimps, heartless criminals and sinners, traders of conscience who lead the life of luxury on the corpses of human beings, rogues, hooligans, gangsters, Kidnappers and Killers know him well as their deadly enemy.
He never thought that one day law will catch hold of him and throw him in the cell of solitude and shame.

All proofs were there to establish the double murder committed by him. He did not admit his guilt nor he denied it in the court He kept silence. What was the behind this silence? What was the mystery? And how he overcomes adventurously, witness on the screen.

This is Bindiya- innocent, charming but film-crazy girl who dreamt to be a film heroine. Though fragile in appearance, she was capable of beating any ruffian in "Seeta Aur Geeta" style if her honour was threatened. The crazy ambition of becoming heroine landed her in troubles-even in a police lock-up and made her "Sarkari Mehman". In the persuasion of her ambition she met Anand without thinking a while that he is not her match she fell for him and invites troubles in consequence. Her dream of becoming heroine was shattered but the 'eternal dream of love' did not share her.

He is known as Jet. What is his real name, even he himself does not remember. He opened his eyes in the sinister underworld. He is notorious for countless adventures of crimes and murders. If asked for his last wish before he is hanged, he will say- One more crime, one more sin.

Gulkhan was a gentleman before he was sentenced to prison first time, for a crime he did not commit. Back from jail, he found his innocent eight years old son butchered mercilessly. To his shock and dismay he came to know the world full of hatred and cruelty.

He would have been a saint if he could have responded to this catastrophe with patience and pity but he lost his balance of mind and decided to pay the world in its own coins-Tit for tat became his motto of life. He chose the path of crimes which leads to more crimes. Ultimately he made the crimes his hobby and killing, a profession and a good human being turned into a brute and deadly devil. 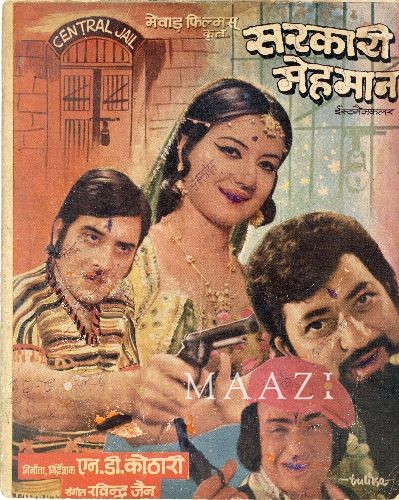