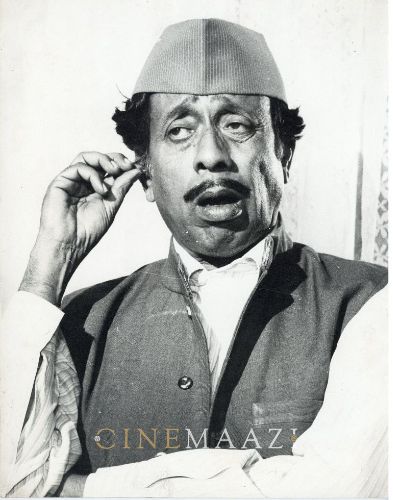 Known especially for his villainous roles essaying cunning characters in Marathi and Hindi language cinema, Nilu Phule acted in approximately 250 films in the course of his career. He was known for his distinctive voice and dialogue delivery, with many memorable lines to his credit. Starting his career in a Marathi folk play Katha Aklechya Kandyachi, he went on to act in several Marathi films, starting with Ek Gaav Baara Bhangadi (1968). So realistic were his portrayals that audiences, especially women, were intimidated by him in real life—a mark of his talent. He featured in negative as well as character roles in Hindi films such as Meri Biwi Ki Shaadi (1979), Sau Din Saas Ke (1980), Naram Garam (1981), Woh Saat Din (1983), Coolie (1983), Mashaal (1984), Saaransh (1984), Haqeeqat (1985), Prem Pratigyaa (1989), Ghar Bazar (1998), and Chalta Hai Yaar (2005). Some of his best roles in Marathi films include Sinhasan (1979), Samna (1974) and Pinjra (1972). Among the many awards he received, was the Sangeet Natak Akademi Award (1991) by the President of India, Maharashtra State Award for Haat Lavin Tithe Sone (1973), Maharashtra State Award for Saamana (1974), Maharashtra State Award for Choricha Mamla (1975), Jayantrao Tilak Memorial Life Time Achievement Award given by Kesari Maratha Trust, Tilak Maharashtra Vidyapeeth and Akhil Bharatiya Marathi Natya Parishad, Pune chapter. A descendent of social reformer Mahatma Phule and a follower of socialist Dr Ram Manohar Lohia, he was also active in social movements such as Andhashraddha Nirmulan, inter-caste marriage, and Lokshahi Prabodhan Vyaspeeth.

Born Neelkanth Krishnaji on 16 May, 1930 into an impoverished family in Pune, he grew up with his parents, five brothers and four sisters in Borade Wada, Khadakmal Ali. Due to severe poverty, he struggled to complete his matriculation. His first job at age 17 was that of a gardener at the Armed Forces Medical College, Pune. Of the salary of Rs.80 that he received per month, he would donate Rs.10 to the social organisation he was involved with, the Rashtriya Seva Dal. At the age of 20, inspired by Rabindranath Tagore's writings, he went on to write a drama, Udyan. The play he penned, Yeragabalyache Kaam Nohe during the 1957 Lok Sabha elections won him fame.

Beginning his acting career in theatre with Marathi folk performances or loknatya, his first professional drama was Katha Akalecha Kandyachi. It ran for over 2000 shows. Going on to enact key roles on stage in plays such as Pudhari Pahije and Binbiyanche Zaad, his popularity grew. Films beckoned when he was offered a role by well-known Marathi director Anant Mane in Ek Gaav Bara Bhangadi (1968). The film became a big hit, and his performance as Zele Anna won acclaim. There was no looking back and Nilu Phule, as he was popularly known, went on to feature in several hit films in quick succession such as Dongarchi Maina (1969), Gan Gaulan (1969), Mukkam Post Dhebewadi (1969), Aai Ude Ga Ambabai (1971), and Ajab Tuze Sarkar (1971).

Gaining appreciation for playing the typical Marathi leader with negative shades, he made an impact in films like Pinjra, Samna and Sinhasan. In Samna he played Hindurao Dhonde Patil, a zamindar and a sugar tycoon. This performance featured in Forbes India’s list of 25 Greatest Acting Performances of Indian Cinema in May, 2013. In Jabbar Patel’s Sinhasan he played a political journalist. In the Hindi film Saaransh directed by Mahesh Bhatt, he essayed a power-drunk politician. He played the role of Nathu Mama in the 1983 hit Hindi film Coolie which starred Amitabh Bachchan. Delivering powerful performances in these films, he won State awards for some of his roles as well. The last film he acted in was Ladi Godi, which released in 2010.

Enjoying success in films, he nevertheless continued to be active in theatre, acting in landmark plays such as Katha Aklechya Kandyachi and Vijay Tendulkar’s Sakharam Binder. His contribution to the fields of theatre and cinema won him several awards including the prestigious Sahitya Akademi award bestowed by the President of India.

Married to Rajani Phule, the couple had a daughter Gargi Phule Thatte.

Battling cancer, Nilu Phule suffered a paralytic attack and passed away on 12 July, 2009. 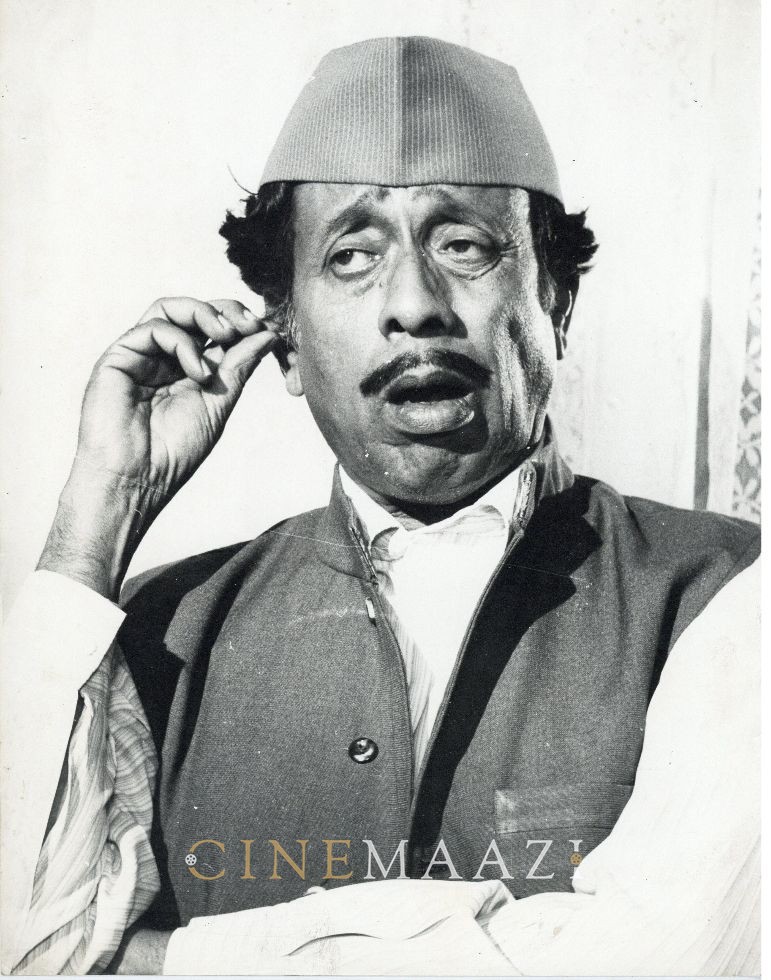