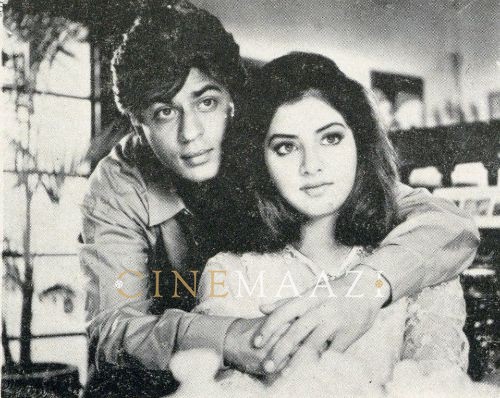 Known for her versatility as an actress, and her cherubic beauty, the bubbly child-woman Divya Bharti was one of the most popular and highest paid actresses of her time. Starting off in modeling, she went on to make her debut in films with the Venkatesh-starrrer Telugu romantic action film Bobbili Raja (1990), followed after a few films, by the successful Rowdy Alludu (1991). In Hindi cinema, she first appeared onscreen in the action thriller Vishwatma (1992). With emphatic hits to her credit, such as the hit action-comedy Shola Aur Shabnam (1992), and the romance Deewana (1992), which won her the Filmfare Award for Best Female Debut, she was hailed as the next Sridevi owing to her natural flair for performing. A fast rising star, she met with an untimely end after falling from her apartment balcony. She was 19.

Born on 25 February, 1974 to Meeta and Om Prakash, she was blessed with doll-like looks. Story goes that as a toddler, when she was seated on the front seat of the car, a man asked her mother where she had picked up the toy from! A natural performer from her school days at Juhu’s Maneckji Cooper School, her preference lay in acting rather than studies. When in standard 9, she was approached by actor Govinda’s producer brother Kirti Kumar with the offer for the film Radha Ka Sangam (1992). She quit school to take classes in dancing, acting, and singing. However, things did not go as planned. While Kirti wanted to keep his heroine away from the public eye, Divya enjoyed being out her friends. She was replaced in the film by Juhi Chawla. Again, she was considered for Boney Kapoor’s Prem (1995), but it was Tabu who was signed on for the role. The situation was repeated yet again when she was considered by Subhash Ghai for Saudagar (1991), but it was Manisha Koirala who bagged the part instead.

Her break eventually came in the South film industry, with the D Rama Naidu produced Telugu language film Bobbili Raja (1990). The romantic actioner, which saw her star opposite Venkatesh, was a super hit. It also won Ilaiyaraja the Filmfare Award for Best Music Director. It was followed by releases such as Rowdy Alludu (1991), Dharma Kshetram (1992), and Tholi Muddhu (1993), all Telugu films. Her romantic comedy Rowdy Alludu was a big commercial success, starring Chiranjeevi in a double role.

Signed on in Hindi films for Rajiv Rai’s Vishwatma (1992), she grabbed attention with her popular song Saat samundar shot at the Bubbles discotheque in Nairobi. Just 17, she became acknowledged as a star with her debut film itself, despite the film not being hugely successful. She continued her winning spree with the Raj Kanwar directed Deewana (1992), which revolved around the story of an effervescent girl Kaajal (Divya Bharti), depicting her travails as a widow after her husband Ravi (Rishi Kapoor) is killed and how her obsessive lover Raja (Shah Rukh Khan) wins her over.

She went on to feature in the musical melodrama Dil Ka Kya Kasoor (1992), in which she essayed the tragic role of Shalini Sharma. While the film was a musical bonanza, it failed to create an impact at the box office. However, her performance as the main protagonist received praise, and is considered one of her best performances.

The action romantic comedy Shola Aur Shabnam (1992), directed by David Dhawan and produced by Pahlaj Nihalani, saw her paired opposite Govinda. Revolving around the travails of an NCC student Karan, the film received favourable reviews upon release, and was a success at the box office.

The woman-centric Dil Aashna Hai (1992) saw her star opposite Shah Rukh Khan in this romantic drama film produced and directed by Hema Malini. Another 1992 release Balwaan saw her paired opposite Sunil Shetty in his debut film, an actioner directed by Deepak Anand. She also won the Filmfare Award for Lux New Face of the Year. Hence, despite featuring in both hits and flops, her popularity zoomed ahead, making her the highest paid leading actress of her time.

Described as a child at heart, she made news with her pranks and mannerisms, which included famously dancing on the bonnet of a car during her birthday party at China Garden, and speaking in typical Mumbai street style lingo with colleagues and friends. She was also known to joke with her fans, asking them to not wash hands after they had greeted her; something she herself had been told as a youngster by her mother, after shaking hands with Amitabh Bachchan.

She married filmmaker Sajid Nadiadwala, whom she had fallen in love with, on 10 May, 1992. The marriage was kept a secret initially as her career was blossoming. However, on 5 April, 1993, she met a tragic end when she fell from the ledge of her fifth floor Tulsi Apartments flat at Versova. It is believed that the unpredictability of fame, a marriage made in haste, and her emotional instability proved to be a dangerous combination. She was cremated on 7 April, dressed in bridal finery with sindoor; the last rites were performed by her husband Sajid Nadiadwala. The 1993 film Kshatriya was her last release before her untimely death. Rang and Shatranj released the same year in 1993, after her demise. Sajid Nadiadwala continued to dedicate all his produced films in her memory.