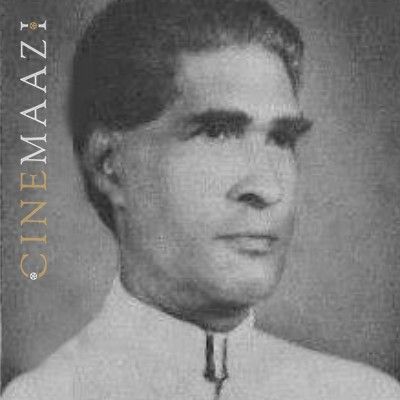 Regarded as the father of Indian symphony orchestra, gifted music composer Timir Baran is credited with bringing Indian film music out of the confines of theatre, enabling it to develop its own distinct character and status. He is known for composing music for Hindi and Bengali films including New Theatres’ Devdas (1935), Adhikar (1938), Sohag (1940), Laxmi (1940), Dharmapatni (1941), Samapti (1949), Baadbaan (1954), Fankar (1956), Anokhi (1956), Jago Hua Savera (1959), and Thana Theke Aschi (1965). He also scored music for the English language version of Raj Nartaki (1941). A classically trained musician, he learned under Ustad Allauddin Khan of Maihar Gharana, and played the sarod, clarinet and banjo with expertise. One of his best known symphony compositions—Shishu Tirtha, was based on the poem The Child by Rabindranath Tagore; created in 1936, it became widely popular.

Born on 10 July, 1904, he hailed from the Bhattacharya family of Sanskrit scholars, traditionally steeped in music. Learning the harmonium and sitar under Rajendralal, he also trained in sarod under Radhikaparsad Goswami. He went on to train under Ustad Allauddin Khan in the 1920s. He was apparently Ustad’s first student; other students who would also achieve fame as musicians include Ustad Ali Akbar Khan and Pandit Ravi Shankar.

After years of training, he went to Uday Shankar's India Cultural Centre at Almora, where he would compose music for his ballets. He went on to accompany Shankar to America and Europe. On returning to Almora, he would experiment with composing music for ballets. He also composed music for the plays of Madhu Bose. Thus did he develop a reputation as a gifted composer in India and abroad.

It was during his travels across Europe and US, playing the sarod, that he had become attracted to the western philharmonic orchestra. Realising that a similar Indian orchestra could be created with Indian musical instruments, he created symphony music, training at least 40 musicians to play it. His efforts appealed to Uday Shankar, as it matched his attempts to present a new indigenous dance form to the west. Their partnership became legendary.

His foray into films occurred when he came to Calcutta and joined the big and brilliant New Theatres, known to be a hermitage of talented artistes, from filmmakers to technicians and stars. Known for its musical talent, he became part of the trinity that included Rai Chandra Boral, and Pankaj Mullick, scoring memorable melodies that achieved wide popularity.

His first project here was the Hindi version of Devdas (1935), which had earlier been made in Bangla. While the Bangla version had music composed by R C Boral, Baran scored the music for the Hindi version, which had a star cast comprising K L Saigal, Jamuna and Rajkumari. With lyrics and dialogues penned by Kidar Sharma, this Pramathesh Barua directorial was a huge success. The music of the film, scored by Baran, was a key highlight, also winning overnight stardom for the actor-singer Saigal, whose fame grew with his renditions of the film’s songs. He used beautiful pieces of sarod in the number Balam aan baso and the violin in the thumri, Piya bin naahi aawat chain. Other appreciable numbers in the film were the Pahari Sanyal ghazals: Roshan hai tere dum se and Chhute aseer toh badla hua zamaana tha.

Leaving New Theatres to tour the country with Madhu Bose and his wife Sadhna Bose, he composed the music for their ballets. He memorably created a chorus style composition of Vande Mataram, on the request of freedom fighter Netaji Subhash Chandra Bose, no less—it was also broadcast on Radio Singapore. His work in the realm of radio saw him working for All India Radio, orchestrating Tagore's famous Suditpashan (Hungry Stones).

He composed a symphony - Mukti Sangram in 1971, during the freedom struggle of Bangladesh. He was also associated with the music department at Shantiniketan in his last years. His last album was released in 1979.

Timir Baran passed away at the age of 83, on 29 March, 1987. He is memorable for leaving behind a prominent musical legacy.