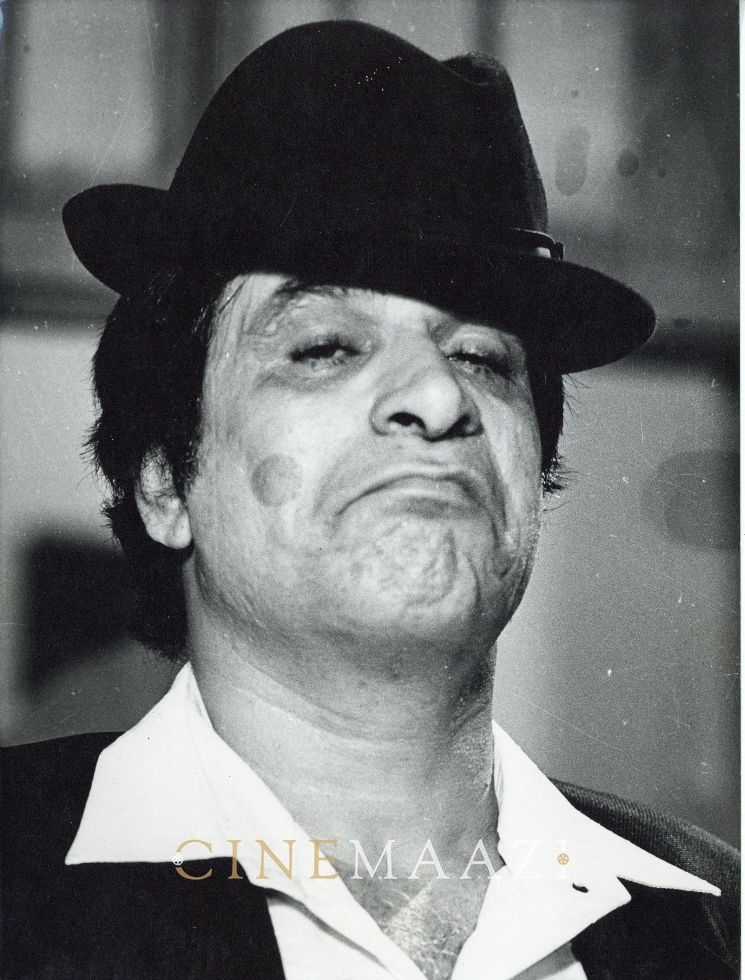 A legendary Hindi film comedian once said that the true barometer of a star’s popularity was the number of people who mimicked their dialogues or mannerisms. For any other writer, people quoting their lines across generations is a testimony to their greatness but when it comes to Kader Khan, the iconic writer-actor set his own standard, one that continues to remain unmatched.

His influence on the conscious memory of the Hindi film viewer is so ingrained that a certain style of dialogue baazi has entered our lexicon. Kader Khan-esque jargon is a greater celebration of the legendary screenwriter who passed away yesterday (31st December, 2018) after a prolonged illness.

Born in Balochistan in 1937, Khan grew up in poverty in Bombay and it was his mother who ensured that he completed his education. Khan graduated in engineering and taught several subjects like the theory of structures, hydraulics and strength of materials, and mathematics at Mumbai’s M.H. Saboo Siddik College of Engineering. Khan strayed into films rather accidentally when Dilip Kumar saw a play that he had performed in and told him to write for films.

Among the initial films that Khan wrote featured two of the biggest stars of the decade - Rajesh Khanna and Amitabh Bachchan. Khan’s dialogues for Roti, one of the last blockbusters that Khanna enjoyed in the 1970s, played a great role in the success of the film. Khan also wrote the dialogues for the Bachchan-Moushumi Chatterjee thriller Benaam (1974), where Bachchan plays a regular Joe whose life goes into a tailspin because he witnesses a murder. Khan is credited as ‘Prof. Kader Khan’ in the titles and he also dubbed for Prem Chopra, the villain, whose identity had to be kept hidden from the audience.


Amitabh Bachchan's famous dialogue "Daaru peene se liver kharab ho jata" from Satte Pe Satta was written by Kader Khan.
In an era where Hindi film writers finally got their due thanks to the standards set by Salim Khan and Javed Akhtar, who insisted on getting a credit on the poster of the film that announced their arrival, Zanjeer (1973), Kader Khan was the more prolific screenwriter whose achievements were often overshadowed for a host of reasons. Post-Deewar (1975) and Sholay (1975) — the two Salim-Javed scripts that cemented Bachchan’s position as the next superstar — it was Khan who penned some of Bachchan’s most memorable dialogues. With films such as Khoon Pasina, Amar Akbar Anthony, Parvarish, Muqaddar Ka Sikandar- the third biggest blockbuster of the 1970s after Sholay and Bobby (1973) - Mr. Natwarlal (1979), and Suhaag, it was Kader Khan who contributed the most of the Bachchan magic. Similarly, in the 1980s Khan wrote the dialogues for Do Aur Do Paanch, Laawaris, Yaarana (1981), Satte Pe Satta (1982), Desh Premee (1982), Coolie (1983), Inquilaab (1984) and Sharaabi and worked across Bachchan’s so-called Manmohan Desai and Prakash Mehra camps.

The reason Khan’s brilliance, especially in the films he wrote for Bachchan, is often forgotten or recalled as an astonishing afterthought could also have to do with his own personality. Khan never really propagated the ‘superstar writer’ image, which, for the want of a better term, was Salim-Javed’s calling card. The fissures between Rajesh Khanna and Salim-Javed were highlighted by the film press of the time, as was some film journalists’ obsession to pit Bachchan against Khanna.

If one were to look back, whether as a writer or actor, Kader Khan has significantly contributed in shaping the careers of leading men in Hindi films, right from the 1970s till 1990s. He wrote some of the biggest hits of Rajesh Khanna, Amitabh Bachchan, Jeetendra, Anil Kapoor, and later Govinda. During the mid-1980s, the South films remake phase, Jeetendra was ruling the roost and Khan’s audacious dialogues, as well as his acting, was the highlight of the assembly line productions.

Kader Khan also wrote the iconic Coolie No 1 dialogue of Govinda's which has been rehashed in the recent remake by David Dhawan's son Varun Dhawan
Right from Hatya (1988), the first film where Govinda was noticed by critics for his acting chops, to Coolie No. 1, the film that established the David Dhawan-Govinda phase which dominated most of the 1990s, Kader Khan not only penned many of Govinda’s films but was also enjoyed great onscreen chemistry. In the mid-1980s there was a rumor of a fallout between Khan and Bachchan, and that arguably impacted the star’s onscreen persona. Once again it was Khan’s dialogues that added sheen to the two films with which Bachchan announced a comeback - Agneepath and Hum.

If Kader Khan, the writer, seemed to be have been undervalued, Kader Khan, the actor, saw an overexposure through the course of his career. According to some accounts Khan has acted in over 400 films and was such a staple feature in the 1980s that he had a film releasing nearly every month. The sheer volume often made the genuinely good outings such as Baap Numbari Beta Dus Numbari (1990) and later Angaar (1992), where he packed in a truly fantastic performance and also wrote the dialogues, rare.

For nearly a decade before his death, Kader Khan had returned to his first love - academics. He had designed courses for studies in Arabic and Urdu languages, and wanted to remove misconceptions about the religion of Islam. He had developed both long and short-term courses in Arabic, Urdu, and Hindi and had created entire syllabus from nursery to post-graduation in Islamic studies.

Although Khan was seemingly forgotten in the last few years, his writing and his histrionics will be remembered for a long, long time.

Cinemaazi thanks Gautam Chintamani for contributing his article which was originally published in Firstpost on 1st January 2019. (https://www.firstpost.com/entertainment/kader-khan-passes-away-iconic-screenwriter-actor-shaped-the-careers-of-many-movie-stars-in-bollywood-5818971.html) The images used were not part of the original article.
455 views