"Last night I had a dream... a strange fascinating dream... a vast river, covered with mist... magnificently frightening... far away from the bank, I see a small boat coming dancing on the waves. I feel as if there is someone in the boat... someone unknown to me and he is calling me... my entire body and soul responds as if... I do not know why..."

Saying this, Benazir blushed and bashfulness sealed her lips; she could not reveal in words the secret longings of her heart.

Benazir, the reputed dancer of Lucknow and the darling of her innumerable fans was restless to know what the future held for her; would she ever be somebody's beloved; would she be so fortunate as to be called someone's wife?

Begum Sarvari, beautiful and devoted to her husband, was the wife of the city's rich and prosperous Nawab Afsar Hussein but the Nawab hardly cared to look at her. He was madly in love with Benazir although Benazir had no such interest in him. She respected him as her benefactor. However, the Nawab was confident that one day she would agree to become his wife.

One day Benazir came across Nawab Saheb's younger brother Anwar Nawab. Suddenly every fiber of her being was on fire... he was the stranger of her dream. His face, his voice, his demeanour, everything n him was wonderful and Benazir's world was in raptures.

But the luckless dancer did not know that Anwar Nawab was engaged to Sarvari Begum's younger sister Shahida. She did not know that Anwar Nawab was shocked when he came to know about his brother's infatuation for Benazir. He had nothing but hatred for Benazir and moved by the sad plight of his sister-in-law, he had resolved to banish Benazir not only from the life of his brother but even from the city itself.

Anwar Nawab went to see Benazir and seeing him Benazir lost herself in heavenly happiness. Anwar Nawab hurled accusations, threats, and vile abuses at her. But she was silent, thinking: He is angry at my love, and I love his anger. Impotent with rage, Anwar Nawab went away from her house.

Anwar's cousin Shaukat was playing a double game. On one hand, he incited Anwar against Benazir, and on the other hand he poured poison against Anwar in the ears of the Nawab Saheb. Consequently, at a time when Anwar went to Benazir for a final showdown, Nawab Saheb entered Benazir's house. Anwar was in quandary. Benazir was not prepared to do his bidding; his brother was almost at the door. Anwar made up his mind and took Benazir in his arms. At that moment the Nawab entered the room. Quivering with rage and anger, he thrashed his younger brother. Without uttering a word Anwar took all the blame upon himself and walked out in sorrow and humiliation.

Before Benazir could reveal the truth to Nawab Saheb he suffered a heart attack and collapsed on the floor. Anwar's engagement with Shahida was broken. Nawab Saheb, Benazir, Sarvari, Shahida, and Anwar all were drawn in the vortex of a terrible nightmare.

We invite you to see this explosive drama of human emotions on the screen to find out how the story ends and we ask you to honour the woman who makes supreme sacrifice to ensure for others that peace and happiness which eluded her all her life. 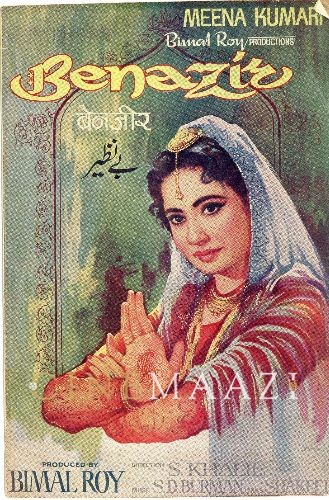 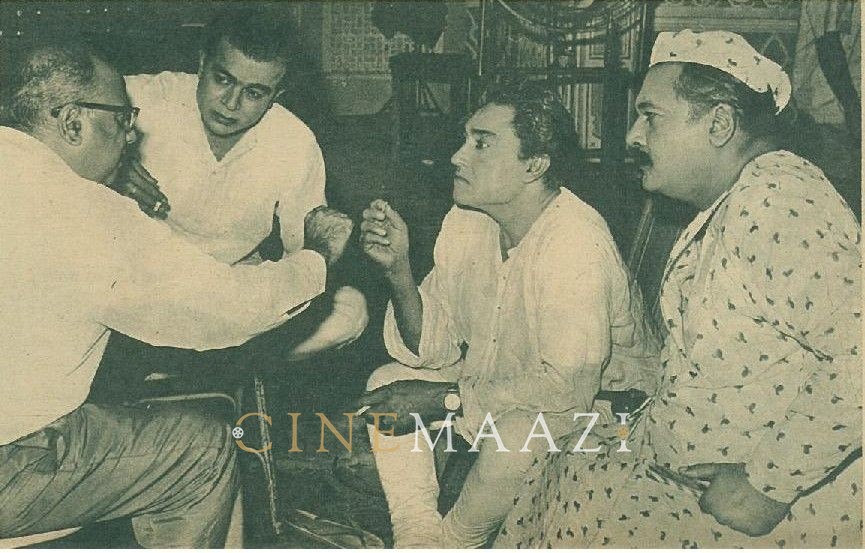 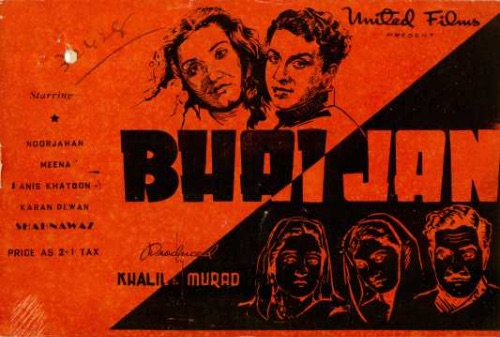