Hari and Ramu are unemployed; or may be it is more correct to say in a profession which keeps them idle in the day and busy at night. In other words, they are thieves, only they are very petty ones indeed. An umbrella here, a wrist watch there, and a fountain pen elsewhere. Just enough to keep the wolf from the door; just enough to make Hari's widowed sister Rani hate them like poison.

One fine night, Hari and Ramu deviate from their routine and break into a rich man's flat. Only a child and a servant are at home. The first thing they discover is the bar well stocked with choice wines. Forgetting the purpose of their visit, they begin sampling excellent scotch and whisky. They are really enjoying themselves, when they are jerked back to reality when they hear a car pulling up. They hide behind a convenient curtain expecting the master and mistress of the house to enter. Instead who should be there but a big-time gangster Pancham and his cut throats?

Hari and Ramu soon realise that the gang was there to kidnap the child, hoping that the victim will easily bring in a ransom of two lakhs of rupees. Before the gangsters can get their hands on the child, Hari and Ramu forestall them.

They bring the child to Rani's place, and pull off a story by saying that the boy is Hari's elder sister's son. Then they begin thinking was their petty thieving at an end? Were they not about to step into the big time? If Pancham was to demand a ransom of two lakhs, they could easily ask for on lakh and probably get away with it.

The distraught father and mother of the child, Raj Malhotra and Mrs. Malhotra are shocked to find their son missing, when they return home. Soon afterwards, there are two phone calls, one from Pancham demanding two lakhs for the return of the child, the other from Hari wanting a more modest one lakh. The two calls leave the parents completely confused and they do not know which way to move. What to do.

As Hari and Ramu expectantly wait for the child's parents to appear and set them up in the big-time for life, Rani discovers the truth about the child's identity. She threatens to call in the police unless the child is restored to its parents. Hari and Ramu are in hell of a fix. What with Rani's threats on one hand, and the gangsters hot on their trail to get possession of the child.

All's well that ends well, but unexpected turn of events which have Mrs. & Mrs. Malhotra hailing Ramu and Hari as heroes leave the duo of small time crooks gasping. Pancham and his gang are caught and given their deserts, whilst an admiring Rani is forced to admit that there was just a chance, that she had been wrong in her assessment of her worthy brother and his best friend. 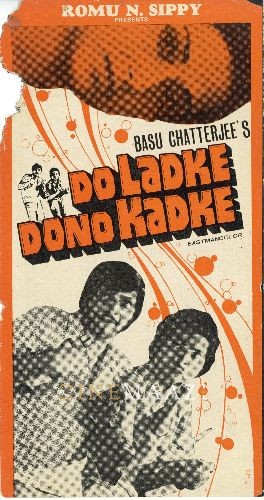