"KAALA AADMI" is the story of the conquest of good over evil, of the dawn of light over darkness of light.

Birju was born in destitute conditions who lost his parents in childhood and thus his faith in God destroyed. He drifted to crime and violence and grew into an angry man who wanted everything his way and destroyed everybody and everything that came in his way.

Dharam Prakash was a man who believed in love and forgiveness "One should hate the crime and not the criminal" was his philosophy and he strongly believed that most hardened criminals could be won over to goodness by kindness, faith and love.

Destiny brought these two opposites together.

There was a Temple in the huge farm owned by Dharam Prakash. The statue of Lord Krishna, installed therein, was not only antique but also set with priceless jewels and rubies. Dharam Prakash was the ardent devotee of this idol. And Birju was planted at the farm as a worker whose sole aim was to steal the same idol.

Dharam Prakash knowing fully well that Birju is a confirmed criminal, showered all his love and affection on him. The struggle between good and evil started and in this conflict the good won over the evil.

Birju was converted into a reformed man by Dharam Prakash, his faith was fully restored in all that is good on this earth.

But the past of a man always persues his present and future.

The criminals along with a foreigner who had engaged Birju steal the idol were mad with rage at this metamorphosis of their agent. They decided to remove Birju from the face of this earth so that they could lay their hands on the priceless idol whose protector he had become now.

Thus the battle of wits, cruelty and barbarity started. How Birju fought with those criminals to save the idol, how the idol was stolen by criminals and reinstated by Birju, is the story of "KAALA AAADMI". 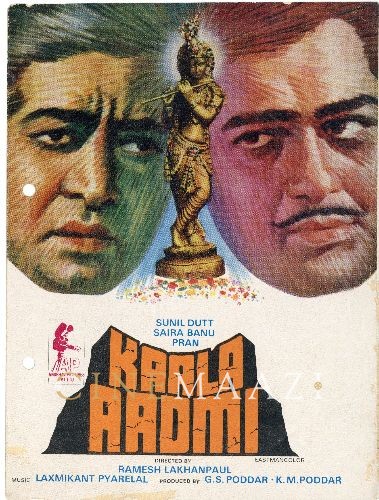 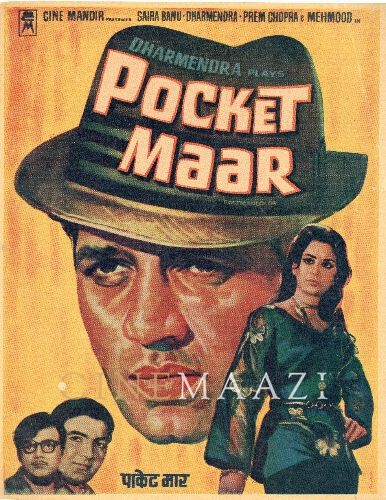